Once again Vera would lay down Sunday dinner for her son Henry on her mahogany table with its gold inlaid border that had begun to show the table’s age. She would think of all the Sunday dinners, the weeks and months and years, in soups she had simmered, made fragrant with carrots and onions, bay leaf and peppercorns, in roasts she had crusted with pepper and salt, with leaves of rosemary grown in her garden, in buttery pie crusts she had rolled on her marble board in the kitchen, filled with blackberries from the bushes by her fence, sprinkled with sugar and covered with strips of dough woven over and under each other like their lives.

She squeezed lemon juice over the small roasting chicken, placed two leaves of sage under the breast skin. Henry would appreciate that. He would notice the sage leaves turned dark under the crisp skin. She put the chicken in the oven and thought of him driving from Washington to Baltimore every Sunday, how he never canceled, how Arnold’s illness had brought him regularly home, and how his goodness kept him coming through the last six months, every week since his father’s death. She tossed cut up red potatoes with olive oil and rosemary, stirred them in her oval copper pan and thought of her place at the table between the memories of Arnold and Teddy.

Before she laid the plates, she pulled from the upstairs closet the old linen cloth, softened with washing, with ironing, with time, laid on the table to honor the meal, year after year. The cloth reminded her of Arnold’s skin at the end, aged and fragile, thin like old linen, worn to weakness in the thread.

She remembered the final weeks when Arnold, unable to eat, came home from the hospital, when she would eat alone in the kitchen on an everyday dish—no ceremony, no bone china or silver, no linen. Her hunger in the face of Arnold’s slow starvation from the cancer in his stomach shamed her. Then on Sunday, Henry came. She prepared a beautiful meal for him. Arnold expected it, demanded it, though he could not partake in it. Arnold longed for their son’s visits, for Henry’s talk about work, for that time while Vera was in the kitchen when Henry read out loud the savvy articles from that week’s New Yorker and provided his own wry commentary.

Vera covered the table with the cloth, laid her two favorite plates of the Naïf china—the woman with head bowed in the field, the man on the road to the cottage. In the center she placed the green depression glass vase filled with the tiny roses that had defied the season and bloomed on one browning woody stalk of the old bushes in her garden, and then she sat at her table.

To read the rest of this story, please purchase a print copy of Story #6, Autumn 2019. Photo courtesy of t.spang; view more of their work on Flickr 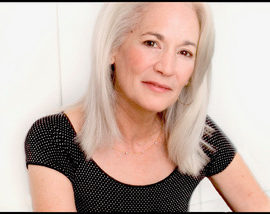 Mary L. Tabor is an author, professor, radio host, and columnist. She published her first book of fiction, The Woman Who Never Cooked: Short Stories, at age 60. She loves to say, “It ain’t over ‘till it’s over.” She has published the memoir (Re)Making Love(2011) which won the Watty award for Best of Interactive Storytelling …