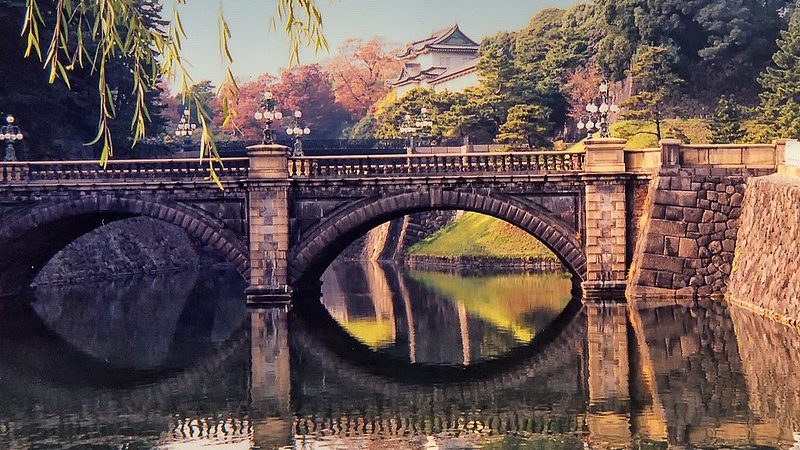 My father’s first wife had died giving birth to Utaka, the youngest of my three older brothers. She had done her duty, my father often joked, giving him an abundance of sons. Therefore he could afford to be less stringent when it came to selecting his next wife. He had settled for Hanako, the mother of my older sister Fumiko and myself. He would make this disparagement seated at the head of the table, his legs folded beneath him, the charcoal-burning kotatsu warming his feet. My older brothers would laugh at the insult directed toward their step-mother, my mother, who would smile back silently and bow deferentially, as if being offended so was an honor. She would empty the shochu bottle into my father’s cup and retire to the kitchen where she would busy herself supervising Fumiko and our servant, Naomi.

I once pretended to laugh at my father’s joke. It was a regular part of our family meals, this sense that my mother was a disappointment, was inferior in every way to her predecessor who had delivered three consecutive sons, all of them strapping and strong, taking after my father with their tall foreheads and jutting jaws, while my mother had delivered that greatest disappointment of all, a daughter, before managing to proffer me. It was my misfortune to resemble my mother in every way, to be spindle-shouldered and bespectacled and prone to rash around my armpits. When I laughed at my father’s mockery, my older brother Utaka turned to me and said, why are you laughing, she’s your mother.

You should be ashamed.

I stopped laughing and felt not for the first time the acute difference between the three sons of that fertile, deceased woman and myself. My sister, Fumiko, had withdrawn from the dinner table and gone into the kitchen the year before, leaving me to sit with the other men. It was understood that Fumiko would now need to learn to supervise the cooking, cleaning and sewing.

For years Fumiko and I had taken the train to Osaka Station together and walked to the Daishoyo Academy every morning, six days a week, running sticks along the fences, catching frogs in Shirokita Park, guessing at the names and occupations of the pedestrians walking toward us. She made up stories about everyone we passed: Mr. Kobayashi was worried his breath smelled of fish and garlic; Miss Urabe was in love with a French pilot who had promised he would leave his wife for her; Mrs. Ota refused to burn coal in the winter and so had frozen her son to death and he was still in her house, the cadaver stiff like a cedar plank. One afternoon last winter, Fumiko had brought along enough money for each of us to buy a roasted sweet potato from the vendor who drove a charcoal-fueled cart. We sat in the park and ate them, steam escaping from our mouths, and she acted out a scene from a puppet show, imitating the movements of the puppets. I laughed so hard mashed potato came out of my nose. Then, one evening last fall, my father announced Fumiko had completed her formal education. She was twelve and would be enrolled at a finishing school where she could learn wifely tasks.

Now I took the train by myself every morning and evening. I never stopped at the park. Never caught another frog.

My oldest brother was to inherit the family business. He already worked with my father at the textile factory. My second oldest brother went to Kyoto University where he studied business. But it was Utaka who I admired the most. He was the best baseball player in our family, and had pitched at Koshien last summer, my father and my brothers and I seated in the hot stands, beneath the sheet metal eaves, eating dried squid and watching as Utaka bravely faced a lineup of players from a high school in Sendai who looked old enough to be fathers themselves. That he had survived three innings against these brutes was considered the height of nobility and courage. Despite his losing, while he had filled his jersey with Koshien infield dirt as a memento, I had felt so proud of Utaka that I told myself I would follow him everywhere. He gave me a pinch of the dirt in folded white rice paper that I brought to school to show my classmates. They all agreed that Utaka was a hero.

When he announced that he was going to take the Imperial Japanese Army Academy entrance examination the following spring, I was sure he would succeed. Utaka succeeded at everything. I immediately announced that I too would take the entrance examination. Fumiko, who was seated behind my father, immediately looked up at me as if concerned but I intentionally avoided her glance. My father and my older brothers all laughed, as if I had told a joke.

My father grunted, as he did when he didn’t want to reply but had to acknowledge a statement, and instead turned back to Utaka and raised his glass of shochu. He and my brothers said three banzais and drank to the Emperor and the Imperial Japanese Army Academy.

Fumiko was seated on the back veranda, her legs dangling over the carp pond, dropping kernels of barley for which the fish jostled each other. It was hot, the long summer afternoon loud with the buzz of cicadas and the sun baking the tatami mat so that the straw smelled as if it was roasting. She asked me why I had said I wanted to go to the military academy. I told her that anything Utaka did I wanted to do. She pointed out that we were different people, that Utaka was bigger than me. I believe she was about to say he was stronger than me, but then she thought better of it. You are not Utaka.

I took that as an insult. Why could I not be Utaka? I accused her of being jealous of me, because I was a boy.

To read the rest of this story, please purchase a copy of issue #11, which will be released in July 2021. Photo courtesy of Ray in Manila; view more of his work on Flickr. 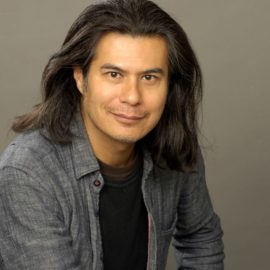 Karl Taro Greenfeld is a journalist, television writer, and the author of nine books, most recently the novel The Subprimes. His writing has appeared in Harper’s Magazine, The Atlantic, The Paris Review, Plowshares, the Best American Short Stories 2009 and 2013, and the PEN/O. Henry Prize Stories 2012, and has been awarded a Pushcart Prize …