When we were young, we all believed in something called earth changes. The coming of quakes, floods, droughts—natural disasters in increasing frequency and severity—pole-shift and climate change. Things of this nature. But we were not afraid. We were so young then that we believed we cared more for the earth than we did for ourselves.

We told one another resolutely, like soldiers, that we would not mind dying, if and when the time came, if that was our part to play. If we were swept out to sea, say, flattened by burning winds, or carried off by plague.

The clear-cutting of the old growth—the intelligent eyes of the elephants—the sad faces of deer, foraging in subdivisions—these things made us cry our salty baby tears. We loved the tender buds of cherry blossoms in the springtime, sunlight through sycamores, and the darting of swifts in flight. But we did not love them the way our parents and grandparents had loved them. These minor details amid their wars and romances were our wars and romances.

We huddled together around campfires and told our secrets like children. Because we were children. Our secrets were hardly anything then because we hadn’t done much yet. We did not fear death, or the loss of our worldly possessions. We had no worldly possessions, had not had time in which to acquire them. Likewise our lives. Our little brains were as blank as buttons.

We cultivated quaint pursuits like gardening, composting, healing with herbs. We taught ourselves to make love in time with the moon and gave birth to our children underwater. We rode our bikes, sporting anachronistic bowlers and mohawks; when we got together, we drank bathtubs of beer, played Frisbee and croquet. Little by little, we forgot our despair.

We came to believe that the birds and the deer and even the elephants would somehow carry on. We purchased clocks. We purchased cars, houses, highly pixelated televisions, and the Snuggies we glimpsed in the blue light of that great reprieve. We wanted that lazy, plastic comfort. We wanted to believe.

Now twisters rip the Empire State, and hurricanes haunt the plains. Now the heat of summer comes upon us in winter. Now the fractured earth quakes beneath our feet.

Now we who loved animals have realized, too late, that we are animals. That if it came down to it, we’d throw the elephant over.

Soldiers no longer, we are civilians, parents.

Now, at last, we are afraid. 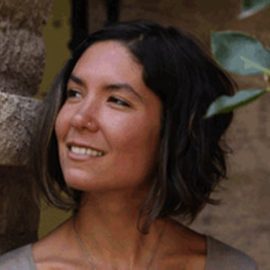 Susan DeFreitas is the author of the novel HOT SEASON (Harvard Square Editions), which won the 2017 Gold IPPY Award for Best Fiction of the Mountain West, and a contributor at Litreactor.com. Her work has appeared in The Writer’s Chronicle, The Utne Reader, Southwestern American Literature, and Weber—The Contemporary West, among many others. A first-generation …