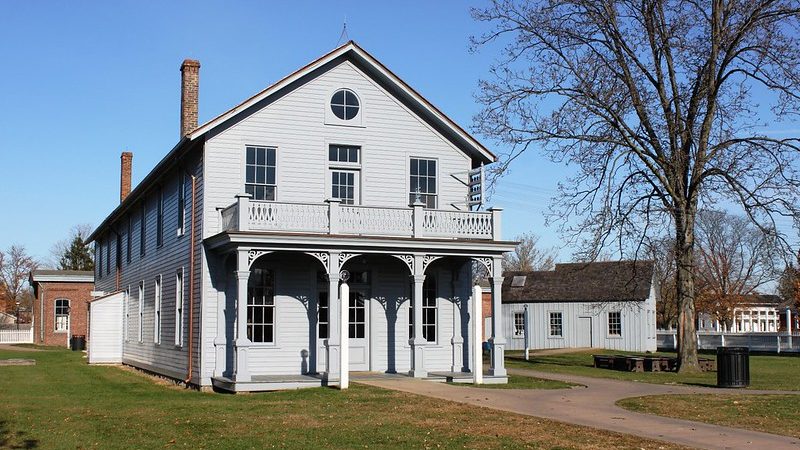 In 1966 in Menlo Park, California, three days before graduating from a school where they had no friends, Beryl Ramsey and Coral Brown stood up as their bus stop neared, ignoring three girls whispering obscenities in the driver’s ear. They slouched two blocks to Coral’s house where Beryl pulled off the dress her friend had lent her, peeled off pantyhose laddered with tears and splotched with red nail varnish that pinched at the errant hairs on her legs and struggled into the outfit her mother had selected for her the night before. In the bathroom, she scrubbed lipstick off her mouth until her lips stung, while Coral, who had grown up without a father, his parting gift an expensive doll collection she had never touched, flopped on the living room sofa watching reruns of “I Love Lucy” until her mother came home. Mrs. Brown was the head foundation, or underwear, saleswoman at Macy’s. Sometimes the girls snuck into her darkened bedroom and riffled through the untidy underwear drawer, fishing out lacy thongs, garters, silk leopard panties and happening, one time, upon a diaphragm that reminded Beryl of a rubber sink stopper.

Dressed in her mother’s idea of her, Beryl headed home, a half-block walk she could probably do with her eyes shut. Four cars were parked nose to fin along the curb of the Ramsey home, a white ranch with black shutters and front door. At the wide end of the pie-shaped lot stood a row of six spindly Ponderosa pines her father had planted as seedlings. Other than tending his pines with an acolyte’s studied solemnity, Mr. Ramsey hadn’t the faintest interest in horticulture. At the opposite, pointy end of the property was an ugly rock garden nobody knew what to do with.

Today was her mother’s turn to host The Sherry and Therapy Society.

The Society’s eight members had been in the class of ’35 at Mercy High, a Catholic girls’ school. Wives and mothers now, they met once a month and were as familiar to Beryl as aunties. She had grown up playing with their children, the various husbands a foreign but jovial blur at Fourth of July barbeques and holiday parties. The women, her mother’s closest friends, were like a single loyal organism. Seeing Beryl come into a room, they would stop talking, turn shrewd, loving eyes on her, find upbeat if predictable things to say so that she could nearly believe she was quick as a whip, pretty as her sister, and growing up with some promise.

The night before, she had helped her mother set up two bridge tables in the living room, covering them with floral tablecloths, placing metal-folding chairs around each one, laying out glass ashtrays, paper cocktail napkins, bowls of salted peanuts mixed with M&M’s and baskets of homemade Chex party mix, a disgusting concoction of dry breakfast cereals, Worcestershire, melted butter, nuts and garlic. In her bathroom, she set out terry guest towels and little oval soaps, polished the mirror above the sink, mopped the black and white tile floor while her mother worked in the kitchen, making her famous cheese porcupine—cream cheese, butter, Schlitz beer, onions, dry mustard, and caraway seeds—mixed and shaped into a glistening, sticky mound. Rolling the porcupine in breadcrumbs, she toothpicked slices of black olives for eyes, poked in pretzel sticks for quills. It sat in the refrigerator, a baleful, bristling ball on a plate of coconut shreds dyed green to suggest grass.

Beryl slipped in the side door near the garage and plopped her schoolbooks on the washing machine. From the living room came a warm, reassuring wave of female laughter, the low murmur of bridge talk. Away from husbands and children, the ladies of Sherry and Therapy smoked, drank, acted bolder, funnier, a little wild. Black and white snapshots from her mother’s high school yearbooks showed eight girls posed in school uniforms, grinning, arms slung around one another on the brick steps of Mercy High, or wearing swimsuits on California beaches, camp shorts on mountain trails, headscarves and lipstick in convertibles.

Scattered along the kitchen’s gold-flecked Formica countertops were Pyrex casserole dishes, an opened, half-empty bottle of Beefeater, cans of 7 Up. The cheese porcupine was half-eaten. Famished, Beryl wadded a whole fan-shaped roll into her mouth. On school mornings, she stuffed the humiliating sack lunch her mother gave her into the trashcan in Coral’s kitchen. Having no money of her own, she would sit in the school cafeteria, ravenous, as Coral slurped down a chocolate milkshake and smacked through a bag of potato chips. Frowning at the fruit cocktail and baby marshmallows suspended in a red Jell-O mold, she put slices of champagne layer and tunnel of fudge cakes on a paper plate, added a pastry shell swimming in lukewarm Chicken à la King and avoided the Lobster Newberg, recalling the murky tank at Safeway, lobsters in mossy water-panic, claws rubber banded together, oily black eyes searching, doomed—when her godmother, Marge Horsey, roared in. A thick shrub of a woman with a husky, theatrical voice, Marge had christened herself Beryl’s “Fat Fairy Godmother” years before. She wasn’t fat but wide and large-boned, her size exaggerated by splashy caftans and loud, warring armies of bangles.

“Helen’s baby, home from school!” She didn’t care about Beryl’s acne, worried more about her shy, wilted disposition. One needed grit to break away, rise above. Succeed. Her own daughter was a top student in medical school.

Tipping an extra splash of gin into her Pink Lady (the sherry part of the club’s title having long ago disappeared), Marge steered her goddaughter into a living room obscured by chiffon-like veils of cigarette smoke. Seated at bridge tables, holding their cards, seven Sherry and Therapy ladies swung their collective gaze on Beryl and like some colorful species of suburban parrot, all started squawking at once. Beryl’s face flushed as she bent to receive a cheek kiss from each one. Helen Twig’s lipstick was camellia pink, her small teeth stained. She wore a camel hair suit, its dark mink collar matching her eyes.

A man could drown in that woman’s eyes, Beryl’s father had once remarked over dinner. “Twig’s dangerous,” Jack had said, “but she’d better hold onto her looks if she wants to snag another husband.”

“What if she doesn’t want one?”

To read the rest of this story, please purchase a print copy of Story #6, Autumn 2019 Photo courtesy of OZinOH; view more of his work on Flickr 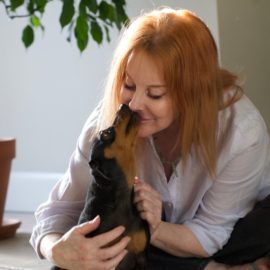 Melissa Pritchard is a fiction writer, essayist, and humanitarian journalist, and the author of ten works of fiction, an essay collection, and a biography. The University of Georgia Press published her first book, Spirit Seizures, in 1987. It received the Flannery O’Connor and Carl Sandburg Awards. She is the recipient of numerous merits including the …