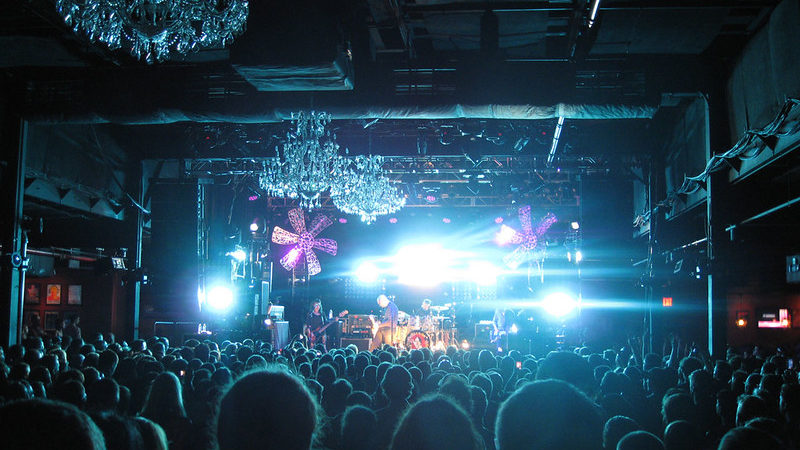 In 1995 something horrible happened. My favorite band released Mellon Collie and the Infinite Sadness. Months before it dropped, Spin and Rolling Stone buzzed with news about Smashing Pumpkins’ next project, a long-awaited two-disc album. My boyfriend Scott could hardly contain himself because he was certain it would be their greatest work yet. Given what felt like my complete initiation into adulthood with Siamese Dream, I remained iffy that another album could resonate as profoundly with me.

The album was disappointing for a variety of reasons. At the time, I was in high school and if asked to explain why Mellon Collie and the Infinite Sadness sucked, I would have said all the songs sounded melodramatic and theatrical; in a word, inauthentic. Whereas before the band members were individual cool people, now they were a contrived team dressing in an orchestrated manner. For the “Tonight, Tonight” video they appeared as old-timey characters from a silent film. On magazine covers, they wore coordinated outfits in silver, white, and black. I hated Billy’s infamous ZERO shirt. I was sixteen or seventeen, but I could sniff out the marketing strategies behind their look, and the phony scent made me choke. All of them were better than this bullshit, but all I could see was grand posturing.

To add insult to injury, their songs were shockingly devoid of the tenderness and vulnerability of Siamese Dream. Scott, of course, remained loyal to them. For a few months, he tried to convince me they were the same Pumpkins. And I liked “1979,” which was an unequivocal nod at their Generation X fans. The song was catchy, but the sound was slightly too playful for my taste. Even still, in November 1996, when they toured behind Mellon Collie, I caught their concerts in San Antonio and Austin, in hopes of hearing them perform songs from Siamese Dream.

My disappointment surrounding the release of Mellon Collie and the Infinite Sadness rushed back to me in 2020, a couple of months into quarantine. This time, though the feelings hit differently. Mellon Collie and the Infinite Sadness was an enormous success by all outward measures, but to me it was the manifestation of art gone wrong. This time instead of being frustrated with a band I adored, I was the artist, and the disappointment was with my own novel.

In late 2018 and early 2019, one of my short stories appeared on a couple of well-regarded best-of lists. It was a story I had worked on for years. To be exact, I worked on “Mucci” from 2011 until 2018. Sure, I wrote many other stories, essays, and drafted my novel during that time, but for years I couldn’t get that particular story right. Until I eventually did.

An editor at a major publishing house approached me after reading “Mucci” and asked if I had a full manuscript he could read. I didn’t even have an agent, which I told him. Within a year, I finished my novel and brought my story collection to a better place.

Since I’m a woman writer what I say next will inevitably sound insufferable and self-congratulatory, so pretend I’m a man. In 2019, I realized one of my literary goals when I signed with an agent at a wonderful, storied agency in New York. For many months, I worked on my novel revisions and in October my agent submitted my manuscript to a handful of editors, including the one who had solicited me. All houses rejected me. Not to worry, my agent said.

My agent’s faith in my novel was crucial, and it kept me afloat as I revised the manuscript yet again. Initially we had hoped to submit the book to more publishers in March 2020, but I fell sick, for longer than expected. I had a scratchy sore throat, a runny nose, a fever, and stomach issues. It took weeks to kick the fever and over a month to recover from the sore throat. By this point, the United States was in lockdown. I nursed myself back to health with Tylenol, Fried Green Tomatoes on DVD, cup after cup of hot tea, and a library book about feminist nuns in New York.

Once I was better, I diligently revised my novel. I was pleased with the final work. Would we be able to sell a debut novel during a pandemic, I asked my agent? She was uncertain, but she insisted it was worth a try, so we submitted it to another handful of places. Successful writer friends of mine assured me it would sell. Like my agent, they’d read the book in a single sitting. A friend I’ll call Lila went so far as to predict an auction. As is necessary in these situations, I had hope.

To read this essay, please purchase a copy of issue #10 or subscribe to the magazine. Photo courtesy of pinkeerach; view more of her work on Flickr. 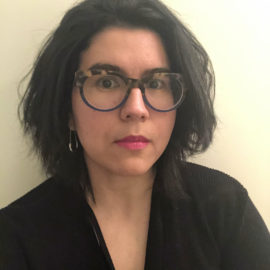 Ursula Villarreal-Moura is the author of Math for the Self-Crippling (Gold Line Press, 2022), selected by Zinzi Clemmons as the Gold Line Press fiction contest winner, and Like Happiness (forthcoming with Celadon Books). Furthermore, she contributed to Forward: 21st Century Flash Fiction, a flash anthology by writers of color. Zinzi Clemmons, the 2020 Gold Line …