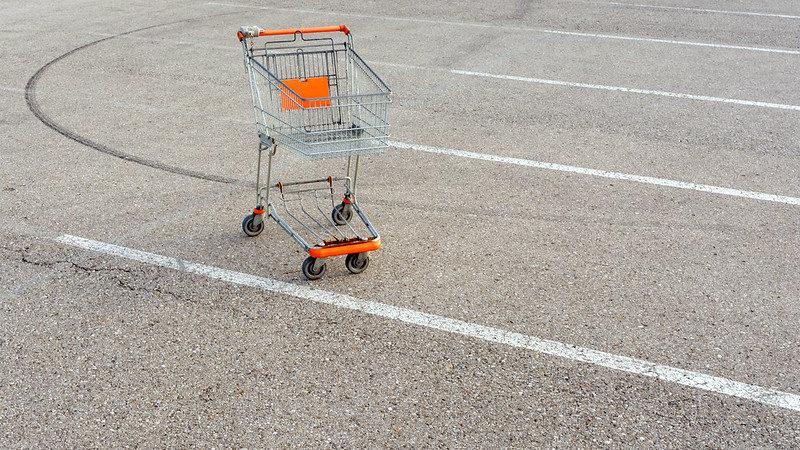 Brink stuck his head into the treehouse, just popped his giant head on that scrawny neck in, and Todd and Keith pelted him with pretzels. Absolutely peppered him with those twisted bits because what the fuck Brink? This was the Lost Boys Club. No Non-Lost Boys allowed. No fucked-up weird Brinks. It didn’t say so on the sign because there was no sign. It was an unspoken rule. But they had spoken it at Brink several times. Call up from the tree’s base, dumbshit, they’d say. We’ll come down if we want. They did not want to come down, not this time, which was why the pretzels.

They were talking, Todd and Keith, and they were building explosives. Not really explosives, but on MacGyver and The A-Team they were always piecing junk they found together and making it blow up. A lighter, a safety pin, some bubble gum and MacGyver could turn locked doors to splinters. The A-Team constantly gets stuck in places with endless supplies of wire that they hook to this on one side and that on another, blow them when the bad guys roll in and, boom, bad guys trapped. Todd and Keith were just duct-taping batteries together. Kid stuff, Todd thought, now that they were seventh graders, but at least it gave him something to do while Keith explained the plot of The Lost Boys for the umpteenth time.

No, just one of them, Keith said. Well he’s turning and his brother is worried he’s going to lose him. So they fight the other vampires. I think that’s it.

And it’s in California.

Sun sets there too.

And your brother likes this?

It’s his favorite. Used to watch it with his friend Dylan every day. It was all he talked about. Said he’d let me watch it sometime when Mom and Dad were out.

You haven’t seen it?

Every time, dipshit, Keith said. I tell you every time I haven’t. I want to, but Gregg slams the door in my face when I ask now that Dylan doesn’t come around anymore.

Which is exactly when Brink stuck his head up, and when he looked at the batteries Keith and Todd knew he would be all There’s no ignition or You’re not going to get MacGyver fireballs from those Double-As or something else so completely fucking Brink. Worse, he might say what he said the other day, about the smoke and screaming, which Todd and Keith couldn’t bear to hear again, so for those reasons—one or the other—they let fly with the pretzels.

Brink tried to retreat but only got halfway down the ladder before he fell and landed on his back. Todd and Keith heard the grunt, the air leave Brink’s lungs, and they watched as he writhed fighting for breath. Fuck, Todd or Keith said. By the time they got to the ground, Brink was sitting up, pulling in gulps of air, really hamming it up they thought, until his chest stilled and he stood, brushed himself off, looked at them both and said Hey like nothing had happened.

You guys want to come over? Brink said.

Well come on then, Brink said. He waved an arm and walked towards his aunt’s house.

This was why they didn’t want to hang out with Brink. They liked him all right, but he was a weirdo. Todd’s Dad would call him a space cadet, which is what Todd’s Dad also called his boss. How did this space cadet get promoted over me? He often asked no one in particular. But normal space-cadet Brink was fine. The Brink that chewed on a rock that one time; the Brink that read the newspaper and not just the comics; the Brink that collected snake skins and saved his toenails and kept them in one tin box like they’re the same thing. That’s normal-weird Brink.

Brink was different now. A month ago, his house burned down. His mother was in it. He was too, but he made it out. No one is sure where Brink’s dad is. Used to be you knew he was in town because cruiser lights would spatter the houses blue and red soon enough. Neighbors could hear the yelling all the way down the street. All Brink had now was his aunt who lived across the road, who Todd imagined holding Brink while the house burned.

The weirdest part was how Brink didn’t seem sad. He didn’t seem anything, which is fucked up. Gnaw on a rock for shit’s sake, Todd thought. Scream or cry or split in two, Keith thought. But he didn’t and they followed him to his aunt’s house, and like him they tilted their head to one side to avoid looking where his house once stood. Instead, they all stared down a dead cat slumped on the side of the road, days old now but no town truck had come to clean it up yet. They followed Brink because they felt bad about the pretzels, because he poked his head into their treehouse and they saw the old weird Brink, not this blood-sucked one, which was Keith’s phrase for it.

They followed Brink in through the back door and past a living room with a small couch. A piled-up blanket and some pillows covered the cushions. Up the stairs and two doors down on the right, Brink showed them his room. The bed didn’t have any sheets on it.

You sleep on the couch? Todd said.

Your aunt let you stay up late, watch whatever you want? Keith said.

What are we doing? Todd said.

Brink went to the corner of the room. The room was wallpapered in stripes, but in the corner where Brink stood a patch of flowered print smeared across the wall. Brink was picking at the edges of the striped wallpaper, revealing the flowered paper underneath.

You guys could help me, Brink said. Thought it might go faster.

You want to take off all the wallpaper? Todd said.

Brink did this thing with his mouth. Not a smile or frown. Something else.

To read the rest of this story, please purchase a copy of issue #11, which will be released in July 2021. Photo courtesy of XoMEoX; view more of their work on Flickr. 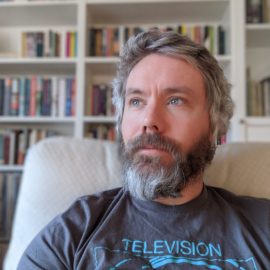