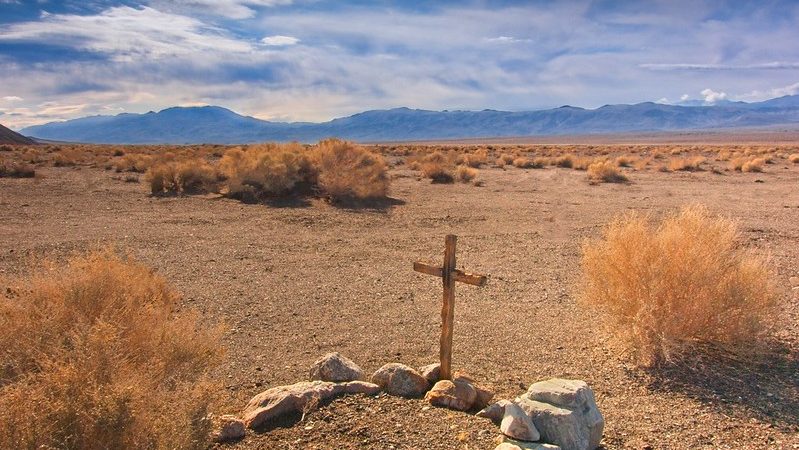 A voice hailed Noah Forge from across the broad river, and Forge peered through the fog that hung low over the clearing. On the eastern bank, a single traveler sat upon a great ashen-colored horse, a broad yellow duster draping his shoulders. The traveler raised his arm and called for passage.

Forge shucked off his carpenter’s apron and limped to the riverbank, where the crude ferry was pulled up. He put both hands against the stern and shoved it into the current, and then boarded and began to haul it hand by hand through the graying fog. The ferry, built of logs and rough planks and lashed together with line, ran along a single hawser tied off to oak trees on each bank. In the breast of the river, the hawser widened into an arc as the craft drifted downstream and heeled slightly, and the sheaves of the blocks creaked, and the waters broke into quiet plashes against the side.

As Forge neared the eastern bank, the man swung off the saddle and a girl suddenly appeared from behind him. She had been cloaked by the man’s duster, and now she sat alone astride the ashen horse, a native Californian, fourteen or thereabouts, darkhaired and near naked with three vertical tattoos striped on her chin. She was as slender as a reed, hunched over an elkhide sack bound with milkweed twine, and as the ferry bumped up against the riverbank her face was silent and unsmiling.

Forge had not seen a woman since he left San Francisco in 1848, more than half a year ago, and he gaped as the man held the horse by the reins, the girl atop an anquera behind the saddle. The man smiled at Forge, and his blue eyes glinted from below the brim of his hat. His long blonde-gray hair twisted into a queue over his collar, and he wore a thick blond beard fading to gray. His yellow duster floated about him like the restless wings of an angel.

“How much to cross?” he asked.

“Two dollars per man and horse,” Forge said. “Or a pinch of dust. The girl goes free.”

“Two dollars.” The man led the horse and girl onto the uneven planks of the ferry and stood while Forge shoved off with a pole. As they crossed, the clearing on the western bank appeared flat and colorless through the fog. The stained tent that Forge had pitched there with his partner, Jack Adams, when they decided to stay with the ferry and not head east to the diggings. The frame of the larger raft Forge was building, large enough to ferry a dozen mules at a time. The stone foundation and the chimney of an unfinished cabin. The piles of raw logs and adzed timbers, the oak stumps on the edges of the clearing, the trailhead worn by mule and boot that led west to the coast. All dark now and sunless.

When they bumped against the western bank, Forge secured the mooring line and the man led the horse with the girl onto the land. He ran his eyes around the circumference of the clearing and turned to Forge.

“You need a woman for this camp,” he stated. His yellow duster seemed to glow, the only color visible within the low and curtaining fogs.

The man smiled, beguiling. “You want this one? She’s the only one I have left.”

The girl was one of many made orphan among her people. The miners had swarmed across their lands suddenly, like beasts from some unthinkable legend that foretold the people’s own destruction, or like a plague visited upon them by a God who looked away from what He had unleashed. When the indigenous peoples took a mule or horse from the prospectors to butcher because they had begun to starve, bands of miners would track them down to their rancherias and fire upon them with long guns, and set upon them with knives, and burn their shelters and stores of acorns.

The man with the ashen horse had found this girl and three others huddled in the charred ground of a razed village, surrounded by their dead, and he coaxed them onto mules using kind-sounding words and food, and then he sold them to settlers who wanted a girl to help with chores.

“It would be a mercy to take her,” the man said to Forge. “Her mother is dead, and her people are scattered. And think what a woman would do for your camp. No camp lasts without a woman.”

Forge stared at the girl astride the ashen horse, still hunched over her elkhide sack, impassive in face, bluish tattoos from lower lip to chin.

They came to an understanding that Forge would forgive the two-dollar fare and pay the man fifty dollars to leave the girl with him. When the man gestured with his head and said a word in her language, the girl dismounted, still clutching her sack. Then the man took a small leather notebook from his pocket and asked for a name.

“A name. Who is now responsible.”

To read the rest of this story, please purchase a copy of issue #10 or subscribe to the magazine. Photo courtesy of Jim Choate; view more of his work on Flickr. 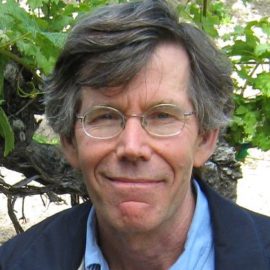 Lawrence Coates is the author of five books, most recently The Goodbye House. His first novel, The Blossom Festival, won the Western States Book Award for Fiction and was selected for the Barnes and Noble Discover Great New Writers Series. His second novel, The Master of Monterey, was published in 2003, and his third novel, …