My brief friendship with Jacob Lovelong owed its existence to a lack of better offers. Still, for a while there, we were mates. I never really knew what he thought of me, or at least was never sure he thought much. But I like to believe he needed me back then just as much as I needed him.

He arrived after Easter break. It was my second year at Elizabeth and I was still passing lunch breaks alone in the library, or on a bench overlooking the tarmac tennis court. Lanky and big-eared as he was, with a walk like his knees were shackled, I instantly pegged him as a fellow outsider. At his first registration, instead of declaring “home” or “school” like the rest of us, he just said “present.” The room, already stifling giggles—that name—exploded. Jacob didn’t flinch. When the housemaster explained that each boy must state his lunch plans, Jacob just shrugged and said, “I’ll see how I feel.”

“In case of fire, Lovelong,” the housemaster shouted over the jeers. “I’m afraid you must commit.”

That did it. I winced, but also felt a surge of admiration. Didn’t he know one slip could haunt you? Take, for example, the sixth-former who’d said “Here endeth the reading” (instead of “Here ends”) after delivering the Bible excerpt in assembly? Two terms on and boys of all ages were still adding -eth to verbs at will. “You sucketh cock!” they cried as they passed. That salmon thing would follow Jacob for months, but he didn’t seem to care.

One lunchtime that first week, he joined me on my bench. Didn’t ask, just sat and crossed his legs and tucked into a wholemeal roll with ham, lettuce, and tomato spilling out. (My own white bread sandwich contained only Marmite and margarine.) I was reading Bernard Cornwell and crunching on cheese-and-onion Walker’s. On the net-less tennis court, fifty boys chased a deflated football. Everyone had a center parting, with curtains to the eyebrows—any longer and the VP would march you down to Mahy’s for a trim. Jacob’s hair, though, was just a shapeless, curly mop the color of wet sand.

He turned as if only just noticing me. “Very perceptive. You must be a scholar.”

Which I was. Along with a dozen others in my year, at taxpayer’s expense. The rest, Jacob included, paid fees.

“If you must know,” he said, “I’m preserving energy for swimming club later.”

The way he swore in a posh accent impressed me tremendously. What time, I asked, and when he said four, I told him that was my session, too.

“My brother’s in the squad,” I said. “He swims five to six. Or ‘trains,’ I’m supposed to call it.” Ned was fifteen-years-old, the Channel Islands champion in the 100m butterfly for his age. Sometimes he went to Jersey or the mainland to compete. My mother had decided that, rather than walk to the museum after school and wait for her to finish, I should swim twice a week, too, then do homework in the café until she could pick us both up. Since I’d usually taken care of my homework at lunch, I was free to devote that post-pool hour to liquidating my pocket money, twenty pence at a time. “You like arcade games?”

“What have they got?”

“Those are all ancient. Mortal Kombat?”

I shook my head. “They do get new stuff sometimes, though.”

A couple of boys from our year went by, hands in pockets, shirts untucked—tiny, pointless gestures of rebellion. “Where’s your salmon, Salmon?” one said. The other belched and laughed at the same time. Jacob ignored them. It was hardly affectionate, but I was still jealous that he already had a nickname.

“Want to walk over together later?” I said.

He shrugged. “I need to get my trunks from home. But I suppose it’s on the way.”

I offered him a crisp but he just wrinkled his nose.

That afternoon, once the last bell had rung, we walked back to his narrow, four-story terraced house at the edge of Cambridge Park. At the green front door, he fished a key from his pocket. Even this seemed like a mainland affectation—our house was never locked.

“Wait here,” he whispered, leaving me on the steps out front. As he disappeared inside, I caught a glimpse of the hallway—hardwood floor, huge mirror, moody abstract painting of—trees? Trees or legs. When he came back out, he closed the door with extreme care, as if the slightest noise might cause the house to collapse.

He passed me on his way down the steps. “Dad, actually. And he’s working, not sleeping.” His mother, he explained, worked at Deutsche Bank. Her job was the reason they’d moved from London.

In the changing room, surrounded by boys whipping welts onto one another with goggles or caps, I asked what his father did.

“Writing, mostly.” He had an oddly protruding sternum, as if his ribcage had been squeezed from both sides at birth until the middle shifted tectonically out. “Plays.”

A playwright moving from London to Guernsey? I pretended this made sense.

“Arcades after, then?” I said.

But he didn’t answer—just turned and walked away, leaving me there as if we weren’t both headed for the same lane full of spluttering, screw-kicking chumps.

He was good at some games, terrible at others. Once, he got so worked up playing 1942, he kicked the machine and turned a toenail black. But then ten minutes later, playing as Dhalsim, he reached a Street Fighter II level I’d never seen.

In June, a new game appeared. Or at least, it was new to us—the machine itself had clearly been well used in its previous home.  As we entered the gloomy arcade, I spotted it immediately. Golden Axe. The graphics were magnificent, every pixel charged with life. The demo reel opened with a message from FBI Director William S. Sessions—Winners don’t use drugs. Then a sinister figure appeared, tall, wide, stacked. A horned helmet-slash-mask revealed only his piercing eyes. His spiked shoulder pads seemed vaguely Chinese. This was Death Adder, an evil renegade who had taken over the once peaceful kingdom of Yuria, and who now held the Yurian king and his princess wife hostage in their castle. He had also stolen Yuria’s sacred and magical emblem—the Golden Axe.

To continue reading this story, please purchase a print copy of issue #8. Photo courtesy of Alistair Young; view more of his work on Flickr. 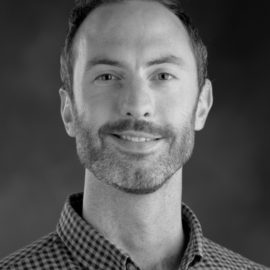 Ben Hinshaw is a British-American writer whose debut novel, Exactly What You Mean, was published in the UK by Viking in March 2022. His stories have appeared in Harvard Review, Carolina Quarterly, DigBoston, Lighthouse The White Review, and elsewhere. He placed third in the 2017 Bridport Short Story Prize, was listed among the writers of …