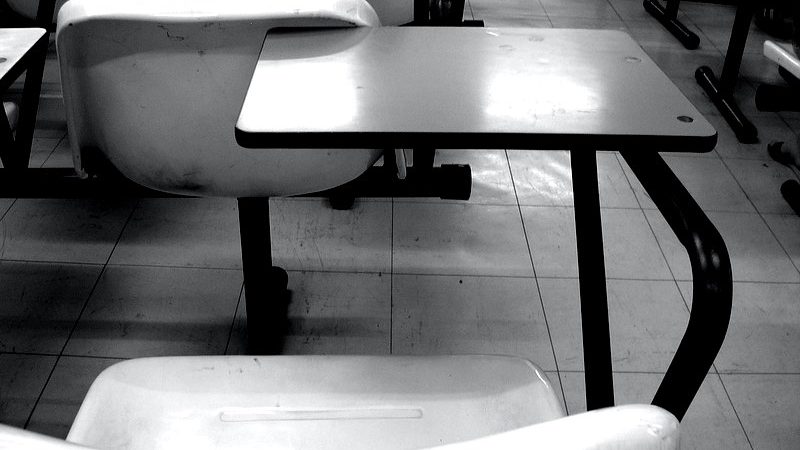 When my high school geometry teacher, Mr. Elliot, called me on the phone and asked if I had an excuse for being tardy today, I didn’t have the heart to tell him I’d graduated twenty-nine years ago. He had been a good teacher, stern but fair, whereas I’d been a lousy student, terrible at math, but even worse at paying attention or getting to class on time. I could never get to class on time. I’d linger in the hallways, not exactly wanting to go to my next class, but not exactly wanting to miss it either. I liked the slight thrill of showing up five minutes late, or more, the class already in full swing by the time I arrived. I’d take a seat at the back of the room, imaging that I’d been missed. Thank God he’s here now, I imagined everyone thinking, even though I knew that was a dumb thing to imagine.

Now I listened as Mr. Elliot informed me that this tardy would be my last. After today, he would have to fail me for the year. He would have no choice, he said.

I wanted to tell Mr. Elliot that I did end up failing his class, that I spent the month of June in summer school, where I continued to show up late. But what came out was, “Maybe you have the wrong person?”

“Well,” Mr. Elliot said, in the voice I still remembered, the one that had so often asked me if I had a tardy slip, “I’m looking at my roll book, and it’s got your name with a zero next to it.”

That was another thing I always did: forget my workbook. Where was my workbook now?

But by the time I arrived at my old high school, I was already forty-five minutes late, since I needed to stop and get gas first, and the pump I chose didn’t work right, and the kid at the register said he’d have to ring up the sale separately on the other register that only his manager had the key to, and sometimes it’s like, what can you do?, I reached the school, parked in my old parking spot, and entered the building. Inside, the hallways were empty, just the way I remembered them, that special quality they assumed whenever I’d traveled from one end of the school to the other, late to my next class, my sneakers making tiny kissing noises on the freshly-mopped tiles.

I remembered exactly where Mr. Elliot’s classroom was, as easily as I remembered the proper way to turn the doorknob to call as little attention to myself as possible. I grabbed the last desk in the back row that, twenty-nine years later, still seemed to be reserved especially for me.

“Please open your workbooks to page seventy-five,” Mr. Elliot said. He was standing at the front of the room, like always, where he’d scribbled some geometry problem on the chalkboard. “Who would like to solve number four?”

Mr. Elliott had aged remarkably, his sandy-brown hair swapped out for white, his smooth, well-shaven face pocked with stubble. Thick glasses in heavy black frames adorned his narrow face, giving him the unfortunate look of a bespectacled skeleton.

“Do we have a volunteer?” he asked.

I would have looked down, the way I always did whenever Mr. Elliot asked that question, but I couldn’t help staring at my classmates. They too, like me, had aged. The men had fared worse than the women, many of them with beer bellies and stooped shoulders, or male-pattern baldness, or heads shaved to disguise the inevitable. I tried to find the eyes of a girl I’d once sort of dated, and who, for a while, had whispered the correct answers whenever I’d shown up late to class. I found her now, but her expression was blank, angry even. She shook her head and mouthed something I could not hear.

“Perhaps our latest arrival would be willing to volunteer,” Mr. Elliot said. He walked toward me and placed a stick of chalk on my desk. “That is,” he said, “unless his willingness is also tardy today.”

The class snickered. Heads turned to one another. Classmates whispered, their hands cupped to receptive ears.

I stood, grabbed the chalk, and walked to the front of the room. The problem waited before me. It was one I seemed to recognize from years ago, when I’d stood in this same room at this same chalkboard. I turned the chalk over in my hand, thinking.

I’d graduated twenty-nine years ago, earned a college degree, landed a decent-enough job, earned a living wage, married too young, had a kid, divorced, found a new job; I’d even traveled a bit in my current position, seeing some of the world. I’d grown up, made some good choices—and some bad ones, too—and had taken stock of my life up to this point. I had my share of regrets and doubts, successes and setbacks.

I put the chalk to the board.

So much time had passed. So much experience, so much lived life, but I still didn’t know the answer.

Photo courtesy of Tom Thanachart; view more of his work on Flickr 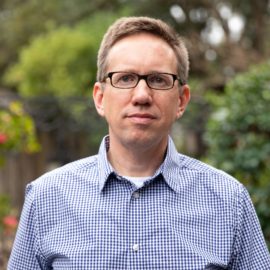 Anthony Varallo is the author of a novel, The Lines (University of Iowa Press), as well as four short story collections: This Day in History, winner of the John Simmons Short Fiction Award; Out Loud, winner of the Drue Heinz Literature Prize; Think of Me and I’ll Know (Northwestern University Press/TriQuarterly Books); and Everyone Was …