I am deeply saddened by the death of Lee K. Abbott, who passed away in April, at age 71. A majestic storyteller, Lee was a master of the short form, publishing seven collections of stories with a narrative voice that was joyous, soulful, and heartbreaking.

I took Lee’s Advanced Fiction Writing class in 2000 during my senior year at Ohio State. A tall, lanky man, he sauntered (always) into the classroom. He was brilliant, charming, and often bemused by us. He used the chalkboard more than any other writing teacher I ever had, before and since. There were Rules (yes, with a capital R) that you absolutely did not break … unless you could get away it. He was, to be honest, a bit terrifying, especially in those first few weeks. Lee was not a writing teacher who sat back and let the students talk in endless circles about the work. He jumped in. Sometimes literally. No one was tougher and fairer and more demanding of my fiction. And I was just another undergraduate creative writing student. But he took me, and all of his writing students, seriously.

He also gave me the best, and perhaps hardest, writing advice I’ve ever received. Once in that same undergraduate writing class, Lee told us about how to edit our stories. He said to write the best story we could, and then print it out. Read through the story, don’t make any marks or corrections. Then go back and with a highlighter, only mark your best sentences. The very best ones. And when you were done, go back, and rework all the sentences that aren’t highlighted. Repeat this process until the entire story was marked, from the first to the last word, in yellow.

I’ve passed on that advice to my own writing students over the years. They usually responded with an incredulous, dazed look, to which I always insisted that I am dead serious. Because Lee was dead serious. There was a lot of bluster and bravado with Lee—and I don’t say either of those things disparagingly—but there was nothing he took more serious than the printed word. He believed, truly and fervently, that great writing mattered, mattered to the writer and to the reader and to everyone else in the world, even if they didn’t yet know it.

I don’t know if I could have told him, thanked him, then or now, his influence on my writing, which has been the driving force of the last twenty years of my life. How do you tell someone that? How do you share that? I imagine I am not the only student of Lee’s that has felt this way, and perhaps that, knowing this feeling is shared by hundreds of other writers, is enough.

So, it is with my old mentor’s love and devotion to the short story on my mind that I introduce you to the summer issue of Story. Once again, I am delighted to showcase in this issue writers that are new to Story and writers whose work has appeared under the previous editors. We have stories that are quite short—650 words—and stories that are quite long—more than 17,000 words. It is a dazzling mix of styles, themes, voice, and narratives, and I do hope you delight in these stories as much as I do.

Photo courtesy of Tony Hoffarth. View more of his work on Flickr. 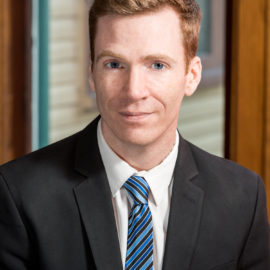