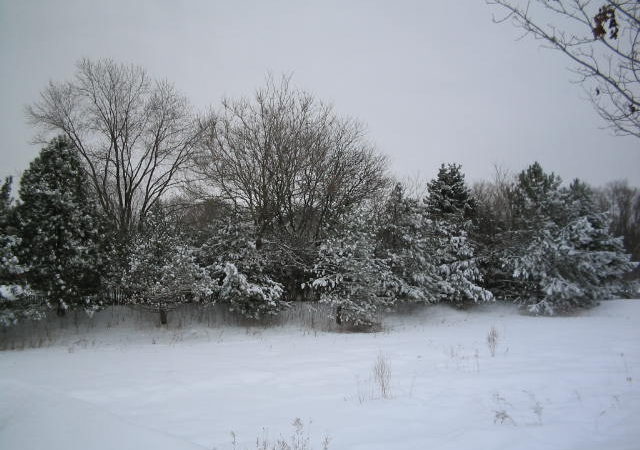 I was trapped in the car with my mother, who wouldn’t stop remarking on how beautiful everything was: beautiful trees, beautiful pond, beautiful sky, beautiful goldenrods growing wild along I-81. She was urgent and unrelenting as we exited the highway and navigated downtown Syracuse, where she swerved a bit, taking her eyes off the road to ogle an overgrown park with a guano-dappled fountain, a mural, a gleaming art deco building with geometric steel features and a winged figure jutting from its central spire.

“Focus on driving, Mom,” I said as she rolled through a stoplight that the sudden, heavy wind was tossing around. Her eyes flicked at me in the rearview mirror, but she stayed quiet.

“Can’t they mount the lights to poles here? The Bay Area has poles, and we don’t even get snow,” I pressed, for if every word she said in this podunk city, every action she took, was to be positive, then my equal and opposite reactions were also ordained.

She clicked the radio on, scanned the stations and landed on tinny pop she must’ve figured an eleven-year-old would like. “If it ain’t broke, don’t fix it,” she said, and through the back of her head, I felt her grinning. She wanted me to grin too; to smile so hard my face hurt and my teeth dried out. To forget how, in her hurry to leave my father behind, she’d split me from my anchoring roots—friends, favorite teachers, cozy and only-ever bedroom with its mature grey walls and babyish, glowing ceiling stars that I couldn’t reach to scrape off.

“Look,” she said, “look.” She turned the radio down so low it was useless, making me miss a song I didn’t even like. “Museum! Ooh, doughnut shop! Look at that restaurant: it used to be a church.”

She turned the car left, right, left, in no logical order. There was a comic book store I craned my head to see, though it might’ve been closed for good, and a block that reminded me of the East Oakland projects where my friend Tay lived, with a basketball court we might’ve checked out, but she whizzed by. We passed the university, which she slowed down for, pointing out buildings that meant nothing to me, and some suburbs that looked a little like Alameda, then we were back on the highway, headed again toward the studio apartment she’d rented till we could move into our big new house.

At my quaint, picturesque new school, which had received an A+ overall score from the academic ranking site my mom kept showing me on her phone, I was the one new student among the fifteen kids in my grade.  My classmates’ names were similar, as though pieced together with limited parts on a factory assembly line: Yoder, Schroeder, Kreuger, Mueller, Boyle, Doyle, Croyle. They’d been raised up on soccer, skiing, guitars, and vegetables as a snack, and they all spoke in the same accent, retaining every single letter of every single word. When I showed up in class on the first day and counted zero other kids like me, I knew why the school had covered my tuition.

To read the rest of this story, please subscribe to our print edition or purchase a copy of issue #12. Photo courtesy of Tammy Faye Breakher; view more of her work on Flickr. 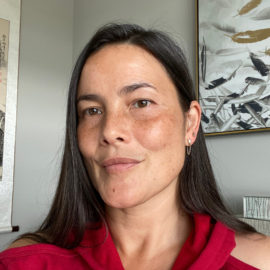 Soma Mei Sheng Frazier’s debut novel is forthcoming from Henry Holt & Co. in 2023. Frazier has published three award-winning prose chapbooks: Salve, Don’t Give Up on Alan Greenspan, and Collateral Damage: A Triptych. Her work has earned nods from authors and entities ranging from HBO to Zoetrope: All-Story; from Nikki Giovanni to Daniel “Lemony …