In the tank, you watch the whale circle behind you. You tilt your head around trying to follow him in the water. Yellow streams of sunlight cascade over the black and white torpedo that is coming at you.

Today, Dawn Brancheau will drown during a clear, sunny afternoon toward the end of the “Believe” orca show at SeaWorld in Orlando, Florida. It’s Wednesday, February 24th, 2010, and the water is cold, even though the high for the day is 70 degrees. Some of the audience finishes a late lunch at Dine with Shamu—a buffet-style restaurant with a viewing window of the whale tank. The diners who have finished their meals are starting on the assorted cookie platter. In the stadium are children holding onto their parents while dripping Shamu ice cream bars on their hands. The families have jackets with them, the sleeves tied around their waists if they are not under the awning’s shade.

The surface of the water is slightly choppy with 10 mile-per-hour winds. A little before 2PM, Tilkium (nicknamed Tilly)—a bull and the largest captive whale at SeaWorld—will grab Dawn, a trainer of 14 years, in his mouth and pull her into and then under the water. The autopsy released the next day will report Dawn died from “multiple traumatic injuries and drowning.”

Dawn is one of only a few trainers allowed to work with Tilly. During the show, she has been using ice cubes as markers for Tilly, so he knows where he is supposed to surface. On the stage’s poolside deck, Dawn has been shuffling side to side, with Tilly mimicking her by doing a sort of dance, while the audience listens to factoids: “Did you know SeaWorld’s killer whales have their teeth brushed everyday? Why? Because dental problems are the single biggest cause of orca fatalities in the wild.”

It is the end of the show, and even though Tilly has been somewhat reluctant to perform, fellow trainer Jan Topoleski says to Dawn that the show has gone smoothly today. Dawn reeks of fish as she shuffles in a couple inches of water near the edge of Tilly’s tank and kneels in front of him. Dawn will now demonstrate the bond she has with Tilly. She pats his rubbery snout.

On a cement slab at the pool’s edge, Dawn lies on her stomach. Her long hair, pulled back in a ponytail, drifts like seaweed on the surface of the water. Nose-to-nose with Tilly, Dawn raises her chin, to look up at the stadium and give a smile. She sees an expectant gaze in the marble eyes of the audience. Dawn is supposed to wave at the crowd to signal that this—being so close to Tilly—is safe, that it’s all okay.

Tilly’s mouth is open, and Dawn’s floating hair threads in-between his four-inch long teeth—the size of boning knives. Tilly thrashes his head, pulling Dawn into the tank. At first, it looks as if Tilly is trying to get her hair out of his mouth. But then Tilly’s glossy black and white markings swirl into a gray smudge of violence as he grabs Dawn by her arm. Dawn’s survival instinct urges her to take one last breath before Tilly plunges down to the depths of his tank with her in his mouth. For a moment, Dawn is released from Tilly’s jaws. She scrambles to the surface, but Tilly’s six-ton weight—equal to two Hummers—crushes her back down in a body slam. A trail of bubbles, like breadcrumbs, leaks out of Dawn’s lips. In the struggle, there is murky acceptance.

The last thing Dawn hears is a dreamy percussion of clicks, the same as if she were smacking her tongue against the roof of her mouth. The clicks are made from inhalation via the blowhole to the nasal cavity in Tilly’s fatty forehead area, called the “melon.” Dawn studied animal behavior at the University of South Carolina. She knows orcas are predators. The clicks are used to echolocate: to detect and track and then kill prey.

João Lúcio da Costa Sobrinho and Talita Oliveira, a tourist couple from Brazil, witness the end of the attack from an underwater-viewing area. They watch Tilly turn over Dawn and strike her limp body again and again. Dawn’s face is smeared bloody and locked in Tilly’s jaws.

You’re hit. Turned over. You plummet toward the drain, and your epiglottis—the flap of cartilage covering your windpipe—shuts, sealing all the water you’ve already swallowed inside you. Your lungs are jugs. The water you inhaled up your nose feels like it has pooled in your skull, and your brain sponged up as much as it could, but there’s more water sloshing around, and you feel a pressure expand between your eyebrows as if your eyeballs are going to pop.

In 1991, at Sealand in British Columbia, part-time trainer 20-year-old Keltie Byrne slipped and fell into a pool containing Tilly along with two female orcas. One of the orcas grabbed Byrne in its mouth and dragged her around and around the pool, underwater. Spectators watched Byrne—an internationally competitive champion swimmer—grab the side of the tank and begin to climb out. She managed to get one of her legs up on deck, but the orcas dragged her back into the water. “I just heard her scream my name,” fellow trainer Karen McGee said. A lifesaver was thrown into the pool, but the orcas pushed it out of Bryne’s grasp. During the struggle, Byrne’s swimsuit was stripped from her body. It took hours to retrieve Byrne’s naked body from the bottom of the pool. It was covered in ten tooth marks. The next year Tilly was sold to SeaWorld as a stud.

On a morning in 1999, Tilly swam around his cool 50-degree breeding tank at SeaWorld Orlando with the scratched, bruised, and naked dead body of Daniel Dukes draped over his back. Dukes, a drifter, had once broken into the house of Richard “British” Garriott, the creator of the online roleplaying game Ultima Online. Despite being shot at, Dukes had stripped naked and got into Garriott’s bed. Dukes might have been seeking a similar thrill the night he sneaked into the empty SeaWorld park after hours, stripped, climbed over the three-foot cement wall into the whale tank, and skinny dipped with Tilly.

In the last panic of suffocation, you are unconscious, your body on standby mode. Wait, wait, waiting for help. You won’t surface by yourself. Adrenaline masks the pain of the whale nudging you with his snout and nipping your arm; wanting more.

Tilly was one of the last wild orcas captured.

Boats surrounded a pod of orcas and herded them to netted-off areas in shallow water where younger whales like two-year-old Tilly were selected with lassos. The noose tightened as Tilly felt the last droplets of the ocean, of his home, slide away from his slick skin. He was plucked from the soft, open water and confined in a hard, tight cement tank. For 25 years, Tilly was surrounded by people who pointed, laughed, tapped on the underwater viewing area’s glass, and took flash photography of him performing tricks for food.

Because of the public outcry against these captures, SeaWorld began a breeding program. Now each of the three parks has at least two male orcas even though male orcas are more aggressive than females. Each park needs its Shamu; Shamu is immortal.

Suddenly, your body seizes, like you might have faked him out, played opossum, and you are going to attempt one last claw to the surface. But your face, lips, and fingers are bluer than the tank. Your spine curves like the sudden corkscrew of SeaWorld’s Kraken rollercoaster.

The alarm rang for minutes, and the audience knew something was wrong—it is not part of the performance for a trainer to be grabbed and then anchored to the bottom of the tank, while one of her sandals is left bobbing on the surface where she should be. The audience was escorted by security workers away from what shouldn’t happen: a pretty young woman dying doing what she always dreamed to do.

And Dawn? Dawn died, alone. Neither of the other two trainers at the Believe show went into the tank to attempt rescue. They didn’t risk their lives to try and save Dawn. Tilly was dangerous, lethal. What could they have done in the water against him, for her?

Instead of jumping in, they did slap the surface of the water, giving the command for “asking for control.” But Tilly normally keeps things that he has and will not release them, trainer Lynne Schabier said. It took at least eight trainers and employees to double-net, corral, and coax Tilly, still clutching Dawn, into three separate pools before raising a false bottom to pry and then retrieve Dawn’s mangled body from Tilly’s mouth.

Your mouth froths surfactant—the thin, pink coating that shellacs your lungs. Your blood is stagnant. You sink, frictionless, to the bottom.

In a 2006 interview, Dawn said, “You can’t put yourself in the water unless you trust them and they trust you.” When Dawn walked down the aisle of Shamu Stadium as a kid, she told her mother, “This is what I want to do.” Friends and family all said, “She understood the risk.”

The Orange County Sheriff’s Office handled the SeaWorld incident as a homicide but closed the case by labeling it an accidental death. Neither the National Marine Fisheries Service nor the Florida Fish and Wildlife Conservation Commission or even the Department of Agriculture will “put down” Tilly, who is still performing in shows at SeaWorld, where there is a new requirement for all long hair to be in buns. PETA flew a plane over the park trailing a banner that read: “SeaWorld: Let Whales and Dolphins Out of Prison.” Judge Lawrence Kirkwood signed an injunction to block the SeaWorld security tape of Dawn’s death from the media and public. Other than the witnesses, no one else will ever see what happened.

And what happened was an animal acted like an animal and killed a human. This happened before, and this will happen again. When it does, someone may search and find Dawn’s obituary in newspaper archives. They’ll discover she had a husband, Scott. No children. They’ll read the headlines with those verbs: grabbed, dragged, slammed, rammed, crushed. Maybe they’ll see Dawn’s photo with her toothpaste-ad, dimpled smile and her hair wet like she just got out of the tank. 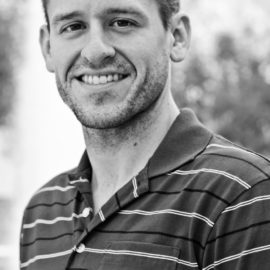 Chris Wiewiora is from Orlando, Florida. He earned an MFA in Creative Writing and Environment at Iowa State University. He previously published “Submerged” on the one-year anniversary of Dawn Brancheau’s death by Tilly the killer whale in Etude—the now-defunct online journalism magazine from the University of Oregon. He investigated “Ripples” during one of the worst …