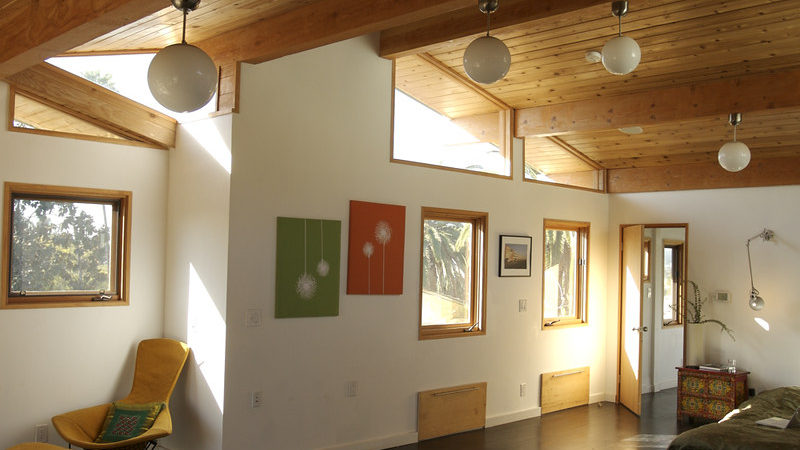 The light here, when it’s right, when it’s not a smog-smudged gray, is extraordinarily beautiful, the long, wavery lines of the mountains like water stains on paper. I’m visiting my daughter where she lives near Los Angeles. She seems on edge around me, as if there’s something broken in the next room and she really must see about it. She shows me my bed, square of sun as dense as tallow on its pillow, Ikea rug bright and striped at its foot. She opens the refrigerator and points to the Greek yogurts she bought for me for breakfast. “What do you have?” I ask, and she says she’s just a coffee person. She used to eat stacks of toast slathered with cream cheese and jelly, rattling plates of Pop-Tarts. Her coffeemaker’s an expensive, imported model that I can’t comment on because she would take whatever I said as a criticism even if I didn’t mean it that way. (I would mean it that way.) Coffee grounds are heaped darkly in a glass jar with a hinged blue lid. I think of her childhood’s kitchen, the boxes of sugary cereal lined up on the refrigerator, the wet fart of its wrenched-open door.

In the backyard, we follow a rough stone path that circles a lime tree. I pride myself on knowing the names of things. The spiky bush with red blooms like tiny tubes of lipstick is an ocotillo, and there are ice plants in the garden bed rather than vegetables. Her bougainvillea is thin and wrinkly, but the crimson petals looks pretty against the whitewashed wall of the garage. A neighbor’s tree towers over her yard, rife with clusters of dry, brown, spear-tipped seeds. It’s a female ash, and those seeds must drop and scatter and sprout miniature ash trees everywhere. She sees me staring. “It’s the bane of my existence,” she says, a placating thread in her voice. She wants something.

“I could. I should.” We complete the path’s circuit and end up back on the patio. A little communion, to soften an oncoming blow. “You were always good with plants,” she says.

“Are you?” I trail her forlornly into the house. She shoves her phone and laptop and a sweater into a brown canvas satchel, slips into sandals, and says she won’t be long. The house is quiet after she’s gone. What I was going to say was not really, I just know a few things. Basic knowledge isn’t so laudable but it’s rare these days, rare to know anything outside of one’s pristine little sphere of brands and needs. I drag the throw from the couch into her bedroom and sit on her bed. She’s thirty-seven and I’m sixty-six, newly retired from the library. I saw it there, saw how the young mothers, even in those addled, savage years, all had the same hairstyle, the same stroller, the same gold chain around their necks adorned with the dangling letters of their children’s names. I saw how they’d created the same life for themselves, with miniscule variations. My daughter’s room is very clean. The floor is swept, the walls are bare. A scrap of paper on her nightstand says if boy thinks balloon = mother what would that look like? scary? silly? She’s a children’s book illustrator, and I suppose this is a note for a drawing. The jewelry box I gave her two birthdays ago is nowhere to be seen. Instead, her necklaces and bracelets and earrings are artfully arrayed on a black enamel tray. She has particular taste—still, I thought the jewelry box was pretty, with its bright drawers and hammered tin door. I lie down on top of her comforter, seething a little with the feeling that I’ve been dealt an unfairness. But there’s a nice breeze coming through the window, and I do fall asleep.

I’m woken a short time later by the scrape of mail going into the mailbox. It’s just as well. I brush my teeth with my daughter’s toothbrush and wave it in the air to dry the bristles, riffle through her medicine cabinet until I find a jar of moisturizing cream. Uncapped, I see where her index finger’s gone, like a swipe into cake icing. I’m here to house hunt. She doesn’t know it. Earlier, when we drove in, we passed an open house at a little white adobe around the block, and I decide I’ll go see it. If she were here, I wouldn’t, I’d deem it too soon, too close. But she’s left me alone. I rub the cream under my eyes and onto my neck, and walk around the block.

The house is marked by a cluster of yellow streamers fashioned into a puffy bow that tops the For Sale sign. A man comes out of the house next door and hoists himself into an enormous van whose windows are covered with paper blinds. As he drives away in a belching of smoke, I picture a handful of jacks and a little red rubber ball rolling and skittering across the floor, getting stuck under seats until the van takes a corner too quickly and then skittering out again, dust-covered. If I were the realtor I’d have asked him to park it elsewhere.

Inside the house, the floorboards are painted white. The bricks of the fireplace are painted white. The tiny kitchen has white counters and a white enamel sink. There are two small bedrooms and one bathroom with black-and-white tiles in a pyramidical pattern. The realtor lets me look unimpeded. The possibilities are limited, just as I want. I make an offer for more than it’s worth.

To read this story, please subscribe to our print edition or order a copy of Issue #12. Photo courtesy of Jeremy Levine; view more of his work on Flickr. 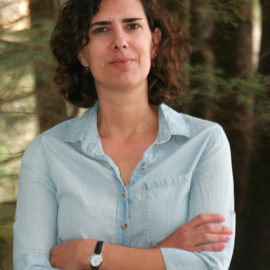 Corinna Vallianatos is the author of the novel The Beforeland (October 2020), and the story collection My Escapee (Massachusetts Press, 2015), winner of the 2011 Grace Paley Prize for Short Fiction. Her story collection was a New York Times Book Review Editors’ Choice. Vallianatos is the recipient of fellowships from the MacDowell Colony and the …