It’s the first Wednesday in August and Alix has been waiting in line for an hour, standing on the street in Hell’s Kitchen, wearing jean cutoffs and flip flops. Her grandmother, Harriet, hated flip-flops, which she referred to as thongs. How can you wear those? I worry someone is going to stamp on your feet, break your little toes!

Sweat gathers beneath Alix’s breasts, imprinting blots of moisture against her tank top. She flips mindlessly between Tinder and Bumble and sometimes Hinge. She isn’t even really looking, just swiping left and left and left.

It’s nearly 10 a.m. when she finally reaches the doorway of the studio. It’s dark and cold and seems like construction has been halted midway through; there are rows of metal bleachers and a small stage that is meant to resemble both a home and a doctor’s office, with mauve couches and a plastic exam chair, some potted plants, but no walls or windows.

Four doctors sit on stage, each with varying degrees of leathery skin, bright teeth, and painted-on eyebrows. Alix read on Twitter that the lead doctor—Doctor D—a former attending in a Level 1 trauma center in Chicago—sprinkles a handful of authentic Japanese hair onto his head each morning for a luminous effect.

Alix shivers and takes a cardigan from her tote, drapes it across her chest like a smock. Within seconds a production assistant appears beside her, wearing headphones and a tangle of wires at his hip.

“Hey, ma’am, do you mind taking that off? You never know when the camera will scan the audience! Thanks so much.”

The man sitting beside her smiles tentatively.

“You doing this for the cash too? Or just a big fan of Doctor D?”

“Alix,” she says, and stuffs the sweater back into her bag. It’s a tote her ex-boyfriend Jamie made for her a few months into their relationship, a plain canvas bag he decorated with a Sharpie. In block letters: i carry your heart with me (i carry it in my tote). She has five or six other bags that are hanging on door handles in the apartment, but she can’t bring herself to retire this one just yet. It seems to perfectly capture what she loved most about Jamie—how he was silly and soulful and witty at the same time. That he was serious without taking himself seriously.

She says, “This is actually my third time in the audience. Not kidding. You?”

“I might be able to help. I actually spend most of my time in doctors’ offices these days and I think I’ve picked up a lot. I’m pretty knowledgeable.”

Noah says, “Am I allowed to ask why you spend so much time at doctors’ appointments?” Noah asks, “Or is that like, asking how much you weigh or if your parents are paying your rent?”

“No, it’s okay. I’m sort of between jobs at the moment—thus sitting here for an envelope of cash—and hanging with my grandpa a lot. And he’s fine but also ninety-three, so we spend a lot of time going to the doctor.”

Months earlier, her grandmother Harriet had died from complications of a fall. This was shortly after Alix and Jamie broke up and Alix lost her job at the museum, so she moved into her grandparents’ apartment in Queens. It was a matter of convenience. But this narrative—that Alix moved in to help care for her grandfather—was easier for people to digest. It was a nice story. Now she spends her days taking her Grandpa Lou to doctors’ appointments, or making money at focus groups (a Visa gift card for $150 after two hours of critiquing a new dating app) or sitting in the studio audience of a talk show hosted by doctors who also want to be celebrities (these pay in cash—a crisp twenty-dollar bill for every couple hours).

The studio lights flicker. “Ladies and gentlemen, welcome to Doctor D!” The audience erupts in applause. “We’re thrilled to have you here, folks. Some housekeeping and then we’ll get these brilliant doctors to work their magic! When I raise my hands like this, it means we need some big enthusiastic laughter from you. When I do this it means tons of applause, okay?”

To read this story, please subscribe to our print edition or purchase a copy of issue #12. Photo courtesy of 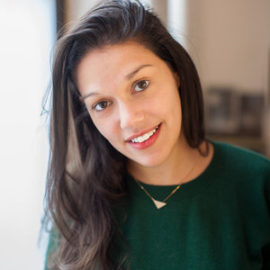 Kate Axelrod is the author of The Law of Loving Others, published in January 2015. Her writing has appeared in Slate, The Literary Review, Joyland, Wigleaf, Jellyfish Review, Atticus Review, New World Writing, and various other publications. In 2021, she published an article in Romper, sharing her story of changing family dynamics and parenthood. In …