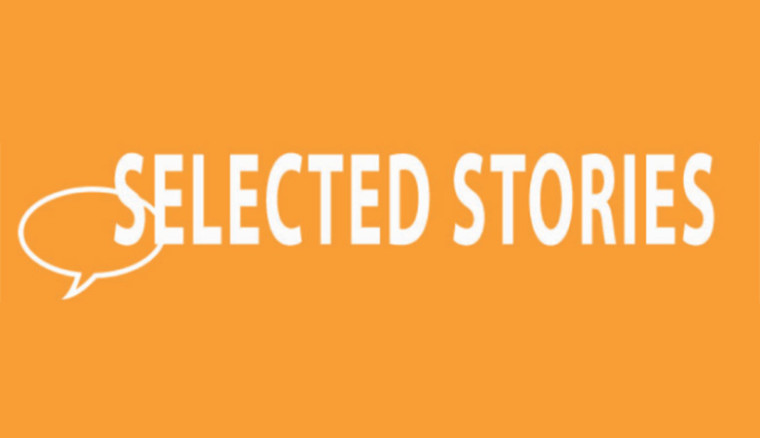 According to fiction writer Neil Gaiman, “Stories are like spiders, with all they long legs, and stories are like spiderwebs, which man gets himself all tangled up in but which look pretty when you see them under a leaf in the morning dew, and in the elegant way that they connect to one another, each to each.” These stories entangle us within them:

An interview by Joe Fassler with Kathryn Harrison titled “To Write, Stop Thinking” published at The Atlantic with so much great insight, this blurb does no justice:

“I’m not calculating about what I write, which means I have very little control over it. It’s not that I decide what to write and carry it out. It’s more that I grope my way towards something—not even knowing what it is until I’ve arrived.“

An essay at Adventure Journal by Adam Geremia about chasing the “runner’s high” and recreational running’s descent from “transcendence” to “achievement and competition” in today’s society.

Published at Guernica, “Straight to the jawline bloody Igor,” a rhythmic, block-style poem by Shelly Taylor: “…long-haired now in some big city, everything bluer, faces, yours, square through the jaw, bouncing with stride busy streets okay.”

A piece by Kelly McEvers, host of NPR’s “All Things Considered,” at Lenny Letter on the reality of journalism and her experience in the Middle East:

“They see a bombed-out building and they’re laughing, doing that thing you try to do, which is laugh at everything because maybe you’re trying not to be scared or maybe that’s just what our bodies do.”

An essay by Bill Brewster about the invention and evolution of the remix in New York City at Mix Mag.

And last but not least, a piece at NY Mag by Kim Brooks exploring domestic life and parenthood—and its (possibly detrimental) effect on creativity:

“‘When I ask her what it was like to be the only person in the workshop with an infant, she responds with equal forthrightness. ‘I remember coming home from the hospital with my son and thinking, I’m fucked. That space I needed to create just ceased to exist.’”