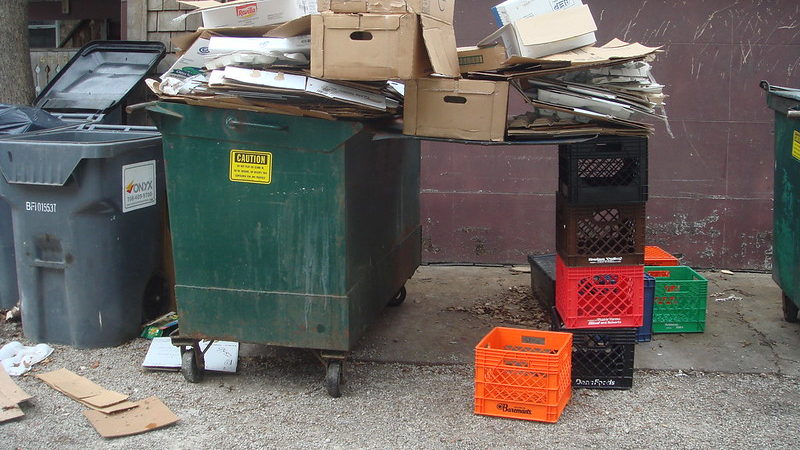 “He has also set eternity in the human heart.” ~Ecclesiastes 3:11

It became clear that time was against me. That mortality was always slinking around. That our three children, now almost grown, shouldn’t have to dispose of their dad’s, my husband’s, vast piles of stuff after we died. And that a 3,800-square-foot house crammed with things we didn’t need, plus a basement for the overflow, plus three large storage units, wasn’t normal. At our peak, we were spending $1800 a year to store these things—$18,000 over ten years: a year of in-state college tuition. We weren’t rich, and the numbers concerned me.

Here’s just a small sample: years of vacation slides acquired at a garage sale, taken by a priest who’d pastored the local parish in days gone by (we’re not Catholic, didn’t know him); broken yard-stake Easter bunnies; a manual snow pusher, handle half torn off; assorted cane-seat chairs without seats; a vintage wicker bassinet, unsafe for babies by current standards; boxes of wires and cracked antique bottles up to their rims with tarry sludge; cartons of rocks and arrowheads; faded, hand-loomed potholders, curled like withered cloth claws; creased sepia photos of unknown families no one remembered now; crumbling corks without bottles; kitschy beer glasses: Bottoms Up; Tang pitchers with neon orange handles; bags of tarnished silverware; a garment rack packed with all varieties of military garb, all the same small men’s size, acquired from the widow of a neighbor who’d collected uniforms; wobbly tables; shards of terracotta pots; baseball cards and books; aquariums, with or without gravel, and the accompanying paraphernalia—tubing and broken pumps and ceramic mermaid ornaments; strangers’ diplomas from obscure regional colleges; doorknobs and strike plates; ; chunky, ugly 1970s chandeliers; all my dead father-in-laws shoes and socks. These were just the smaller, more portable things, the ones I could move myself if I needed to. Add to that the mountains of old house parts: dented aluminum guttering, stacks of peeling trim, heavy wood doors and window sashes (not a few of them rotten) that had been “liberated” from condemned area houses . . . and on, and on.

Obvious as it sounds, things had to go. But living with a hoarder is a long war comprised of skirmishes that yield only minor victories. The war drags on, and the only winner is the hoard.

I’d often caved and said yes to one more thing we didn’t need, carrying it to the basement or carting it to one of the storage units, telling myself, “Yeah, I guess we might use that. I’ll deal with it later.” But then, five years ago, our youngest child got his driver’s license. The nest was almost empty, and I saw the future bearing down on us and knew it was time to do something. With two kids in college and one soon to be, we were spending money we couldn’t afford on storage space we shouldn’t have needed, pointlessly hanging on to things that might be useful to someone else.

It seemed like the perfect time to make a dent in the basement piles and clear out and close the second of our three storage units. I’d been prodding my husband—I’ll call him Robin—to work with me on cleaning out the junk, and he seemed, for a moment, to have softened. Over the years, I’d come to understand his helplessness in the face of his self-created chaos. Not only was he incapable of making a plan to dispose of things; he wasn’t capable emotionally of doing it, even if he did have a plan.

There was a degree of conscience in my decision, too—it wasn’t just about saving money and eliminating the piles. What we’d save if we weren’t paying for storage could benefit someone else who might need our charity. And I had long argued that it was morally wrong to hoard what someone else could use. Robin didn’t disagree, but the argument didn’t move him. It ate at me that we owned so much we couldn’t use and that it was all going to waste. Donated possessions—the ones that were actually usable—could help other families, as we had been helped in our grad-student years by the bargains we found at Goodwill and the Salvation Army. The ethics of “Reduce, reuse, recycle”—a way of living we both believed in—were breaking down because Robin adamantly refused to let go of toys and bikes and pots and pans that someone else could use. And because he insisted on keeping empty boxes and trash bags of Styrofoam peanuts against the day he might . . . just might . . . want to ship something. When I wasn’t too angry, I quoted to him the verse in the book of Matthew from the Sermon on the Mount (no matter what your spiritual stance, it’s sensible advice): Do not lay up for yourselves treasures on earth, where moth and rust destroy. There’s a lot of rust and rot and moth-eaten cloth among Robin’s “treasures.”

And, to be fair, a little history.

Robin’s behavior straddles the fence between collecting and full-scale hoarding. He calls himself a “collector” and laughs, but it hasn’t been funny for decades. In terms of his interest in organizing and maintaining the things he accumulates, he’s definitely not a collector, if collecting means also preserving what one gathers. “Valuable” historical castoffs that he he decided to “save” sit in piles in various rooms of our very large house, half forgotten, gathering dust, or literally molding and decaying. In the basement, antique tobacco baskets, taking in moisture and crumbling to bits. Milk cans rusting. A vintage Pepsi caddy shoved behind a knot of grimy, unused Romex. In the storage units, an antique sleigh that’s been there as long as I can remember, awaiting a restoration that will never come. An old studio portrait camera, and an array of antique farm implements. Even the yard and porches aren’t free. Take the hundred or so antique window sashes salvaged from buildings he drove past that were being demolished: They sit in stacks, unused and pointless, so many that they won’t all fit in our storage units. The overflow have been piled against the house or stacked on our side porches, exposed to the elements. He says they’re “gems.” But while it’s true that some of them are in decent enough shape to be worth something if he wanted to sell them, he doesn’t want to, and he can’t explain why he spent so much time and labor bringing them home, only to neglect them. Will they rot until he dies and the children have to get rid of them? Are our porches and storage units their dank, historical purgatory?

When I’m pushed to my limit, sometimes I just throw stuff away, the most useless and ruined of his accumulated possessions. Not as easy as it sounds, since Robin mostly works from home. My mental calendar is marked with the times of his absences—only then can I go to a dumpster or the local landfill. I have favorite dumpsters staked out, where I can toss things without being noticed. I have to be careful, not let it slip that I know these places. If he had any clue, he’d double over and grab his stomach and start staggering around moaning, as he does every time we talk about eliminating things.

Yes, he actually does this: staggers around and moans. And it’s really not pretty to see him react when he finds out something is gone for good.

One sunny, temperate Sunday afternoon, our then sixteen-year-old son and I “made a run” to unit 1, the storage unit we’ve rented longest, for the portable Mitsubishi TV on which his older sisters watched Barney and Robin watched Seinfeld in the ’90s. On these runs I was sometimes the self-assigned adoption agent, uniting an old chair with a new family, sometimes the Reaper of unwanted stuff, sending things on to their final repose.

To read the rest of this essay, please purchase a print copy of Story #7, Spring 2020. Photo courtesy of Daniel X. O’Neil; view more of his work on Flickr. 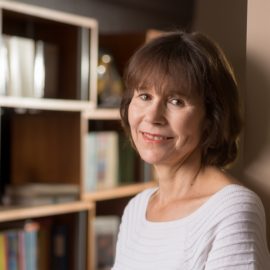 Evelyn Somers’s nonfiction has appeared at Belmont Story Review, and various author profiles and interviews have appeared at Bloom and the Millions. Her fiction has been published in journals such as The Collagist, Potomac Review, Crazyhorse, Southwest Review, Florida Review, Pank, and quite a few others, and has been three times nominated by editors for …