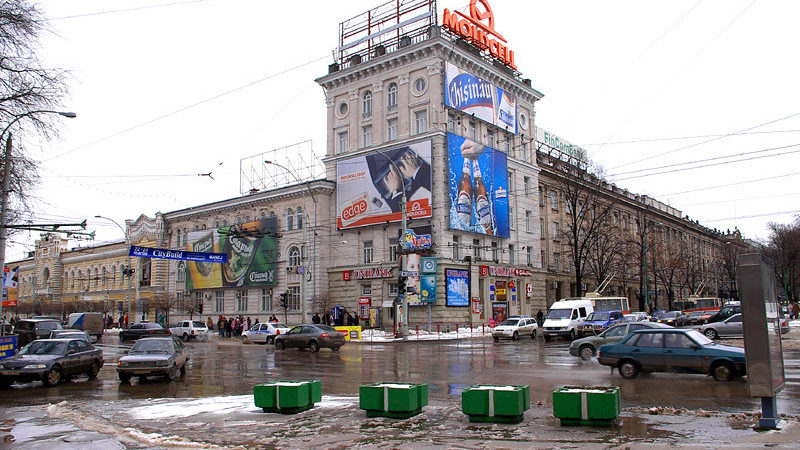 The line through customs moves quickly. A miracle, Frannie thinks, as she retrieves her luggage and exits through the doors into the main part of the airport. The space is all curved lines and gleaming surfaces, black and white everywhere but the seats, which are cushioned in a bright, fiddle-fern green. From the plane, she saw leafy parks and buildings erected with great hopefulness in the sixteenth or seventeenth century. Bronze October sunlight angled through the clouds. Having envisioned a very Soviet-looking city featuring uninspired apartment blocks and an overlay of gray, her first impressions of Chisinau are a pleasant surprise.

The men all have a similar look to them, square jaws and eyes close together. Frannie knows Alex’s face well, but she doesn’t know his stance; she’s only seen him over video chat, after all. What if he turns out to be shorter than expected? She peers closely at a diminutive man at a distance who is half-turned away with his muscled arms crossed, one foot, shod in a very shiny black shoe, tapping impatiently on the tiled floor.

Then she hears her name and sees another man waving and crossing the space between them. She only has time to note that he is not at all short, is, in fact, rather tall, and even more handsome than he was on her computer screen, before he lifts her off the ground and spins her around. “My Frannie,” he says, setting her down. He hunches a little and looks into her eyes. “Baby, you are here. I can’t believe it.”

She accepted his friend request by accident. She thought it was Alex from work because she’d only recently started at the call center, as had Work Alex, so it didn’t surprise her that they had no friends in common. She only realized when the message came a few hours after accepting the request that she’d made a mistake. You are a beautiful girl, and I can see that you are a caring person. Is your cat named for the brother in Shakespeare’s Twelfth Night? At another time in her life, she would never have written back to a stranger who contacted her online, but his message came on a day when the demons were clawing at her with more vigor than usual, and writing back was a distraction that allowed her to get through without giving into the bastards. After a few exchanges, Alex told her he lived in Moldova. She looked it up, discovered that it was landlocked but had some pretty good wines, that its population was half that of the D.C. metro area, that it was the poorest country in Europe. How interesting, she wrote back. I don’t know much about Moldova.

The plan is for them to take a taxi straight to the apartment Alex shares with his mother and sister, as Frannie has luggage with her and he does not have a car. They discussed this arrangement only last night (or is it two nights ago, given that she has moved through so many time zones?), but now it’s a terrifying proposal. “Can we stay a while?” Frannie asks as he takes her bags and begins leading her toward the exit. “Maybe get a cup of coffee?”

“The coffee here is not very good.”

“Or anywhere,” she says. “I’m nervous about meeting your family.”

One corner of his mouth turns up. “My mother likes you.”

His mother, Valeria, is a handsome woman with a honey-brown bob and a dark shade of lipstick. Frannie met her, briefly, over Skype. She doesn’t speak English, so their conversation, mediated by Alex, was confined to a brief exchange of niceties. Frannie doesn’t know if Valeria is aware of the age difference between Frannie and her son. She is thirty-five to Alex’s twenty-six. It’s unlikely that this fact will speak in her favor.

To read this story, please subscribe to the print edition or purchase a copy of Issue #12. Photo courtesy of Vlad Litvinov; view more of his work on Flickr. 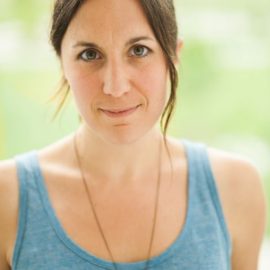 Molly Patterson is the author of the novel Rebellion, published by HarperCollins in 2017. She was the 2012-2013 Writer-in-Residence at St. Albans School in Washington, D.C., and her story “Don’t Let Them Catch You”, was the recipient of a Pushcart Prize. Her work has been cited as a Distinguished Story of 2019 in Best American …