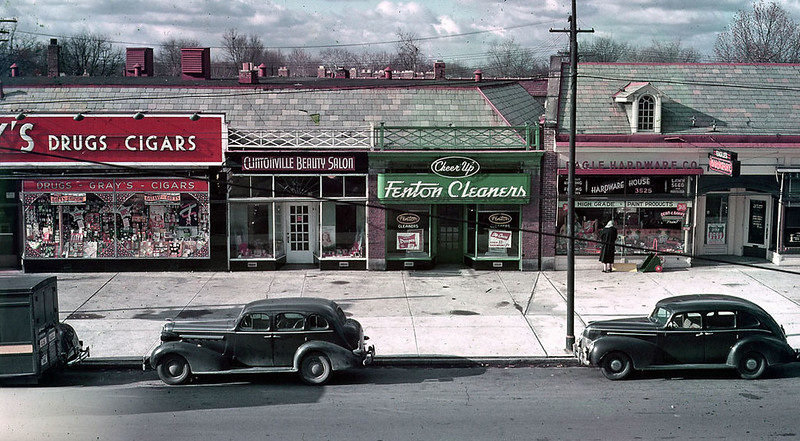 The boys got to the shooting range a little before noon. A heavy rain had moved through the night before, but now the sun was out, and it was Friday, and they were in fine spirits. They were out in the country, near the Marble Cliff Quarry, where Fisher Road T-ed into McKinley Avenue, and out there, away from their parents and their homes in the North Campus area of Ohio State University, they could imagine all sorts of adventures that had nothing to do with their regular lives in Columbus.

They’d ridden in the older boy’s Whippet Four sedan. He was sixteen, a slight boy with a head of wild curly hair and ears that stuck out too far from his head. He wore an open-collared shirt with a loosely-knotted necktie. The other boy was a year younger, but he was the bigger of the two—stocky with a round face and a shock of hair that flopped over his forehead. He wore a white shirt with the sleeves rolled to his elbows and a pair of dark twill pants. It was a clear summer day in mid-June—Flag Day—and they’d come with their rifles to practice their marksmanship.

They were making their way from the Whippet Four, walking through a patch of weeds near what was known as Shirttail Alley, a popular lover’s lane. The lane was just east of a target the boys intended to use. They were walking single-file, the younger boy in the lead, when suddenly he stopped, and the older boy stepped on the back of his oxford shoe.

“What the. . . .?” the older boy said. Then he heard the buzzing of blow flies, and he saw why the other boy had come to such an abrupt halt.

The girl was lying face-down, a bloody handkerchief clutched in her right hand, her left arm beneath her body. She wore a brown dress, white hose, and black shoes with low heels. Her hair was brown and unbobbed, and she had a man’s watch on her right wrist.

The boys could tell her skull had been punctured a number of times. The younger boy squatted in the weeds and saw that someone had slashed her throat. He also saw that her wristwatch had stopped at exactly ten o’clock. He reached out his hand and started to touch her.

The younger boy stood and backed away from the body. The back of the girl’s dress had been slashed. The dress had ridden up the backs of her legs, and the boys could see that her hose supporters had been cut.

“Someone used a knife on her,” the younger boy said.

For a moment there was only the sound of steam shovels as they worked the quarry—that and the rock crushers and the noise limestone made when it got loaded onto hopper cars. A fine gray dust lay over the weeds and started to settle on the toes of the boys’ shoes. They looked at each other. Suddenly, the noise at the quarry settled, too, and they could hear the Italian workers calling out. “Spegnerlo,” they said. “Spegnerlo.”

The boys had no idea what the workers were saying, but their frantic voices were a prod to them. They started to run to the Whippet Four. They had to get to the police headquarters on Sullivant Avenue to deliver the news of what they’d found, a girl dead in the weeds at the shooting range, a girl who’d been bludgeoned and cut, a girl—as the police would soon find out—with no identification. A Jane Doe with a five-inch cut on her throat, sixteen fractures of her skull, and a wound on her forehead whose marks were consistent with the point of a ball-peen hammer. A girl who’d met a bad end on a rainy night in June, 1929.

Three days earlier, on the afternoon of Tuesday, June eleventh, ten men gathered at the shooting range for a revolver meet. One group, in their pressed blue uniforms, represented the Columbus Police Department. The other group was made up of business and professional men from the Columbus Revolver Club. One of those men was Dr. James H. Snook, a professor of veterinary medicine at Ohio State, and a gold medalist from the 1920 Olympic Games in Antwerp. In fact, he’d brought home two gold medals for team shooting, one in the 30 meter military pistol and one in the 50 meter.

Professor Snook was a tall man with a balding head and a cleft chin. He wasn’t the sort of man anyone would call dashing or striking or handsome. A bit bookish in his visage and his manners. At age forty-nine, jowls had started to form under the sides of his chin. His lips were too thick, and creases arced out from the corners of his nostrils and ran down to those lips. He hated those creases which he thought not only made him look exactly what he was—a man in middle age—but also just a bit simian, a borean orangutan, perhaps, or a lumbering, brooding mountain gorilla.

By the time the shooting was done, Professor Snook had scored forty-four points higher than any of the police officers. His hand was steady, his concentration was intense, his posture was perfect. He wore a three-piece suit and a brown fedora with a wide black band. When the shooting was over, he pulled a white handkerchief from the breast pocket of his suit coat, removed his fedora, and wiped his high forehead. It was the first time any of the police officers had noted any sort of strain from him.

“That sun is a bit warm, isn’t it?” he said. He took off his shooting glasses and replaced them with a pair of round horn-rimmed ones. “Gentlemen.” He clicked his heels together as he gave the officers a nod. “It’s been a pleasure.”

Then he moved with a stiffness some of the officers would later describe as mechanical through the weeds to where his dark blue Ford Model-T coupe was waiting for him.

To read the rest of this story, please purchase a print copy of Story #7, Spring 2020. Photo courtesy of Don O’Brien; view more of his work on Flickr. 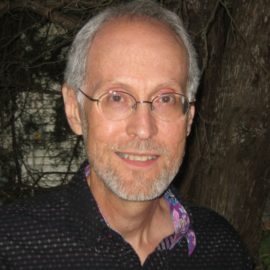 Lee Martin is the author of the novels, The Bright Forever, a finalist for the 2006 Pulitzer Prize in Fiction, and five other novels: River of Heaven; Quakertown; Break the Skin, Late One Night, and Yours, Jean. He has also published four memoirs, From Our House, Turning Bones, Such a Life, and Gone the Hard …