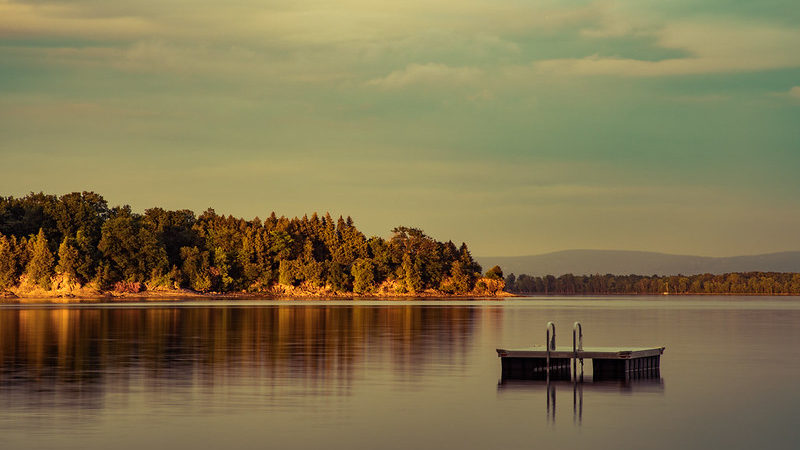 “That’s my maternity dress, Mya,” her mother groans, scrunching her face in both distaste and reaction to the high sun, distending itself in her eyes.

Mya’s water shoes squelch and pivot in the mud as she maneuvers Oeuvre, their family canoe, into the water. She began wearing her mother’s maternity clothes around her 15th birthday, when the front of her body was suddenly outfitted with two new, unwanted appendages. Forward-pointing; unignorable. It’s only been a year since, and for reasons she doesn’t feel comfortable conveying to her parents, the muumuu is now a necessity when visiting Mr. Sorenson for their herbal drugs.

She bunches it—tie-dye orange and pink—around her thighs as she situates her feet in the belly of the canoe. One foot against each puddled wall. The canoe’s paddle ebbs, unconcernedly, in the water beside her. It slides against the gunwale in delayed, inch-long movements. Mya seizes it and droplets sparkle in the air as they’re flung across her body. Splotches of cold on her bare arms.

Mya’s father, who stands, sedate, next to her mother, takes a sneaker to the canoe’s rear and launches it fully into the water. As Mya turns to wave to her parents, she can see her mother gesturing at her own thighs, miming as if she too were wearing a muumuu: Spread it over your legs, ladylike. Don’t bunch it up at your crotch like that. Coupled with an admonishing brow-furrow.

Big pharma. That’s what Mya’s parents call the enemy team. Zoloft, Robitussin, Motrin, Lexapro, Zyrtec. Doesn’t matter if it’s over the counter, or proscribed by a professional with an M.D. and thirty years of practice. Doesn’t matter if it’s for a dripping nose or bona fide, clinically-diagnosed schizophrenia. They do not partake in conventional medicine, and they do not support those who do.

Mr. Sorenson lives across the lake. Part-time apothecary, part-time substitute teacher at Mya’s school. He’s had the pleasure, for the last three years, of fulfilling a standing order from Mya’s parents: Black turmeric, which Mya’s father believes can mitigate migraines, seizures, and papercuts, in addition to a whole swathe of other solutions that sprout from the dirt. Rosemary, to fend off Alzheimer’s. Jars of baked elderberries, for spreading on rye and combating infections. Cannabis. Cardamom. Gingko, with its leaves like Chinese fans. Echinacea, with its delicious fuchsia hues.

It’s only a fifteen-minute paddle to Mr. Sorenson’s, but when Mya is halfway across the lake, she pauses, holding her paddle in a ready position. The canoe dips and sways, mildly. Should she keep on? She turns back and looks toward the shore of her cabin. Her parents are no longer there. She listens to the gentle slap of water against Oeuvre’s exterior. Rests her eyes. Feels the sun baking her shoulders.

When she pulls Oeuvre ashore, she’s beset by the familiar dyspeptic sensation she gets whenever Mr. Sorenson is in the vicinity. She visualizes it as these acidic licks of flame in her stomach cavity, and it makes her long for a Tums. (She, of course, has never had a Tums, as they’re strictly forbidden by her parents. But she can create the sensation in her mind—a chalky circular tablet on the blade of her tongue, succinctly solving her intestinal problems). She’s thinking about that chalkiness as she minces her way through Mr. Sorenson’s back garden, her ankles brushing past basil and disturbing the perfect serenity of lavender shoots. She hears him before she sees him. As always.

“Mya, Mya, burning bright, in the forests of the night,” comes a resounding voice, emphasizing iambs.

Mya automatically folds her arms across her chest, trying to obscure the feature that so frequently brings her undue notice. And then she unfolds them again, thinking that she’ll only underscore that feature and create, instead, a locus of attention.

Mr. Sorenson’s face is now before her, two feet from hers. A patchy salt and pepper beard. A stretch of nose that’s peeled from too much sun exposure.

“Where’s my hug?” he asks, in a cadence that’s always a bit off-center with respect to what’s cordial and common, though Mya couldn’t tell you exactly how.

To read the rest of this story, please purchase a copy of issue #11, which will be released in July 2021. Photo courtesy of the Explorographer; view more of his work on Flickr. 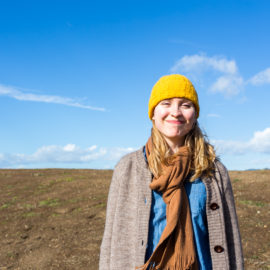 Julie Beals’s fiction has appeared or is forthcoming in The Louisville Review, The Broken City, The MacGuffin, The Atticus Review, and The Write Launch, among others. Her story, “Landmine”, appeared in The Atticus Review and can be read here.  Beals lives in Tennessee and was formerly an editor at the Smithsonian Institution. She is now …