Yohanca Delgado is a collaborator in Janelle Monáe’s The Memory Librarian and Other Stories of Dirty Computer(2022). Delgado is a 2021-2023 Wallace Stegner fellow at Stanford University and a 2022 National Endowment for the Arts recipient. Her short fiction, “The Little Window from the Capital”, has won a 2022 O. Henry Prize for Short Fiction.

In a starred review of The Memory Librarian and Other Stories of Dirty Computer, Booklist wrote: “Blistering, hopeful, and richly written… All readers will finish the book craving more of these extremely queer, bold stories that battle gatekeeping and erasure, digging into both the worst potential of a surveillance state and the gritty glimmer of the rebellion that can defeat it.”

Her fiction has appeared in The O. Henry Prize Stories 2022, The Best American Science Fiction and Fantasy 2021, The Paris Review, One Story, A Public Space, and elsewhere. Her essays can be found in TIME, The Believer, and New York Times Magazine.

In an interview with Story, Delgado discussed her writing process for “The Niece”, her first publication, and her other work. She shared, “In terms of my actual writing process, I’ve had to accept that no matter how much you want it, sometimes you can’t just force yourself to write a ton. You have to accept the limitations of your subconscious.”

Delgado graduated from Kenyon College and holds an M.F.A. in Creative Writing from American University where she worked as an adjunct writing instructor. Delgado was the editor-in-chief of American University’s Cafe MFA and the creative nonfiction editor of FOLIO. She was the recipient of fellowships from the Bread Loaf Writers Conference, the Clarion Foundation, the New York State Writers Institute, the Indiana Review Writers Workshop, the Virginia C. Piper Center for Creative Writing, and the 2018 Peter Taylor Fellow at the Kenyon Review Writers Conference. She was a presenting fellow at Arizona University’s Desert Night, Rising Stars conference in 2019.

Born and raised in New York, Delgado is a first-generation child of immigrants and has lived a large portion of her post-collegiate life overseas. Today she lives with her husband in Palo Alto, California, and is an assistant fiction editor at Barrelhouse, a 2021 Emerging Critic at the National Book Critics Circle, and a member of the inaugural Periplus Collective mentorship program. 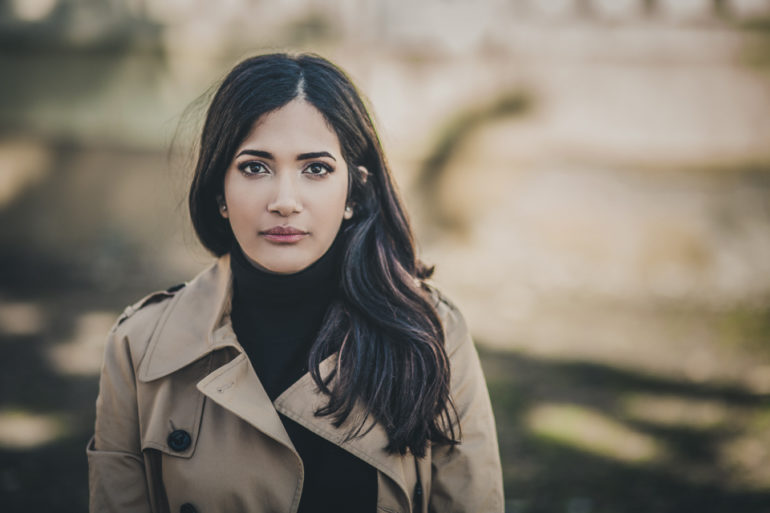