Venita Blackburn is the author of two books of short stories. Her first story collection Black Jesus and Other Superheroes, was awarded the 2016 Prairie Schooner Book Prize in Fiction. Her manuscript was selected by guest judges Jennine Capó Crucet and Helon Habila, along with Prairie Schooner editor-in-chief, Kwame Dawes. This annual contest awards a $3,000 prize and publication by the University of Nebraska Press. Stories from this collection appeared in Santa Monica Review, Faultline, Georgia Review, Madison Review, Pleiades, Bat City Review, and Devil’s Lake Review, among others.

Her second story collection, How to Wrestle a Girl: Stories, was published by MCD x FSG Originals in 2021. It was a Paris Review staff pick and an Amazon Editors’ Pick. According to the publisher, many of the stories, including “Ground Fighting” (which appeared in Story #8, summer 2020) are set in Southern California and follow a teenage girl in the aftermath of her beloved father’s death, capturing her sister’s and mother’s encounters with men of all ages, as well as the narrator’s developing attraction to her best friend, Esperanza. These stories explore the narrator’s developing sense of queerness and the physical abilities of her body, examined through athletics, religion, and family. Stories from this collection originally appeared in Ploughshares, The Paris Review, Virginia Quarterly Review, SmokeLong Quarterly, Los Angeles Review of Books Quarterly Journal, Split Lip Magazine, The Spectacle, Electric Literature, and DIAGRAM.

In an interview with Hayden’s Ferry Review, Blackburn was asked about the characters and themes for her collection, HOW TO WRESTLE A GIRL. She shared, “Characters from Black Jesus will be revisited in the collection along with a cast of newbies with their own psychoses and neuroses. I love them all. I would say this collection is more realistic, and scientific than magical even though there is a world in one story where the dead come back to have one last conversation. My obsession with unconventional girlhood will always be with me. How I investigate that and what other avenues of existence I wander into will be an adventure. I look to the actual world for inspiration all the time. The title story, “How to Wrestle a Girl,” is based on a young wrestler I read about. There are fascinating women defying the rule book of life all around us. I enjoy celebrating their wickedness.”

Blackburn is also the founder and president of Live, Write, an organization devoted to offering free creative writing workshops for communities of color. She created this program in Phoenix, Arizona, in 2016 and later expanded the program to her home state of California. In 2014, she was awarded a Bread Loaf Fellowship and several Pushcart Prize nominations. In 2018, she earned a place as a finalist for the PEN/Bingham award for debut fiction, a finalist for the NYPL Young Lions Award, and recipient of the PEN America Los Angeles literary prize in fiction.

Originally from New Orleans, Louisiana, Blackburn now lives in  Compton, California, and she is an Assistant Professor of creative writing at California State University, Fresno. She is currently an M.F.A. Candidate in Fiction at Arizona State University and an Associate Editor at Hayden’s Ferry Review. She is at work on a collection of short stories about the lives of people from the Gulf Coast post-Katrina. 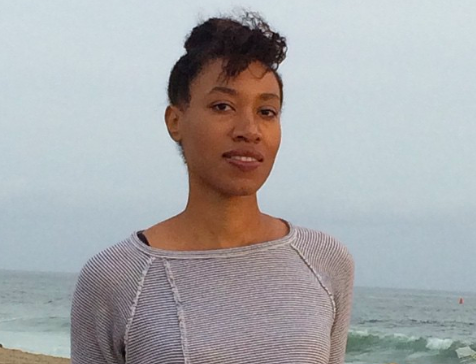