Rachel Swearingen is the author of How to Walk on Water and Other Stories, which received the New American Press Fiction Prize, and was named the 2021 Chicago Writers Association Book of the Year and a New York Times Book Review “New & Noteworthy Selection.” It was also a Foreword Reviews “Book Of The Day” and 2020 Foreword Indies Finalist. She also contributed an essay to Colleen Kinder’s LETTER TO A STRANGER: Essays to the Ones Who Haunt Us.

Publishers Weekly, in praise of How to Walk on Water and Other Stories, wrote, “The nine stories in Swearingen’s auspicious debut showcase a gift for well-placed, revealing details… Each of the intriguing entries builds suspense before a gratifying or lingering payoff. This crafty collection is worth a look.”

Her stories and essays have appeared in Electric Lit, VICE, The Missouri Review, Kenyon Review, Off Assignment, AGNI, American Short Fiction, and elsewhere. Her fiction has garnered numerous prizes, including the Missouri Review Jeffrey E. Smith Editors’ Prize, a Rona Jaffe Foundation Writers’ Award, and the Mississippi Review Prize. She wrote and read, “Advice for the Haunted,” a short film for her collection of stories.

In an interview with Scott Mashlan from MAYDAY, Swearingen discussed her inspiration for her story “The Only Thing Missing Was The Howling of Wolves”, which was featured on MAYDAY in February 2021, and her writing process. She shared, “Ever evolving. My writing process is different for short stories than for novels, and it has changed over the years. With stories, I tend to write a full first draft, and then I tinker with it a bit before setting it aside. If I can leave it alone long enough, the revision process is much shorter than it used to be. I almost always have to lop off the opening pages and write past my original ending, past wherever my fear made me stop. If I get too excited or impatient and start working before I know what I need to do, I tend to overthink it and lose the music and the voice of the piece. As far as submissions go, I’m more patient these days, maybe too patient, but I need to believe in a piece before I can let it go. That said, I’m less affected by rejections than I used to be too. I’ve edited magazines and seen how pieces get accepted or rejected, and how often editors disagree. A lot of stories are submitted before they’re ready, mine included, but much of a story’s fate comes down to timing and taste.”

Swearingen received her B.A. in German and Art History from the University of Wisconsin-Madison and her Ph.D. in Creative Writing and American Literature from Western Michigan University. She has taught writing and lectured at many colleges and universities including the School of the Art Institute of Chicago, Kenyon College, Kalamazoo College, and Western Michigan University. She was the Editor-in-Chief of the Third Coast Literary Magazine. 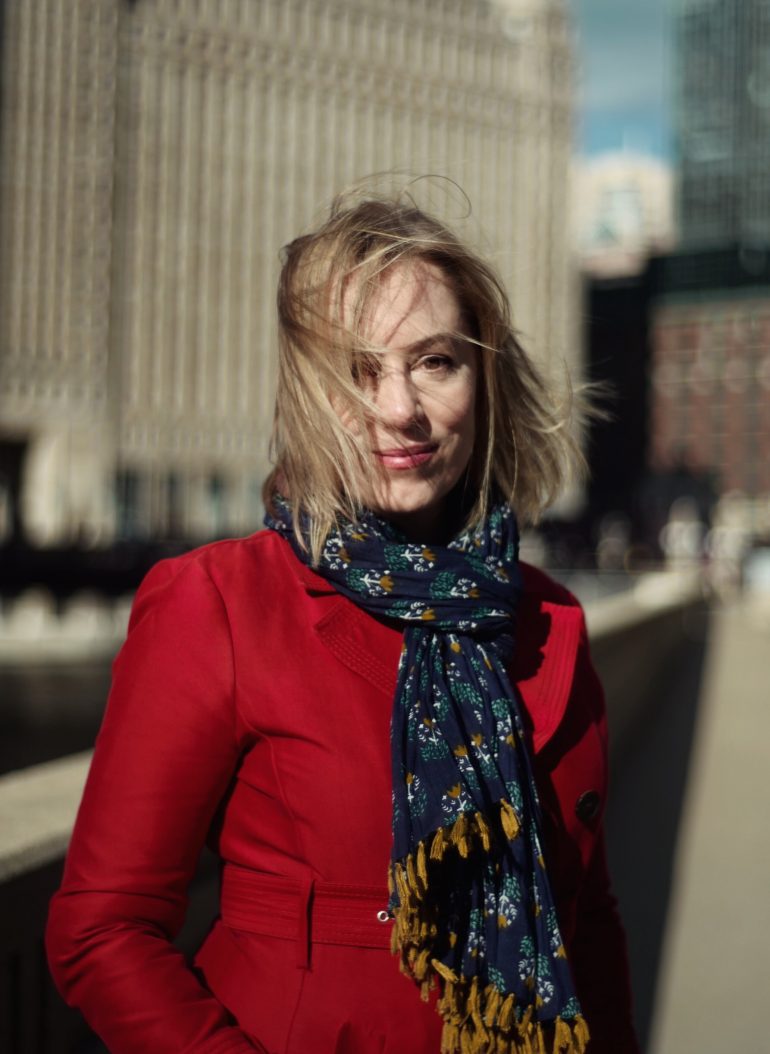