Paul Crenshaw is the author of the essay collection This One Will Hurt You, published by The Ohio State University Press. His second collection of essays, This We’ll Defend, about his time in the military and beyond, is forthcoming from the University of North Carolina Press. His essays and short fiction have appeared in numerous journals. He was a 2017 recipient of a Pushcart Prize and has been published twice in Best American Essays.

Deb Hagan from the nonfiction journal, Brevity, praising This One Will Hurt You, wrote, “Crenshaw weaves poignant images throughout these essays, capturing beauty, mystery, and pain embedded in the hills and streams of the real Ozarks. . . . Crenshaw searches the soul and wrestles with hard realities and bitter truths, and his essays will cling, fast as a burr.”

In a review of This One Will Hurt You, Deborah Mason from BookPage writes; “From a young age, Crenshaw witnessed violence and poverty. He endured ferocious tornadoes and iron-cold winters. His rural hometown has been poisoned by the meth crisis, and he has mourned the deaths of family and friends. Crenshaw has also seen boundless generosity, enduring love, and fearsome beauty. Crenshaw transforms these episodes into a collection of hard-hitting essays that leave the reader in no doubt that he is a writer of considerable talent.”

In an interview with The Rumpus, Crenshaw shared a lesson on persistence. He said, “I’d guess I’ve had several thousand rejections at this point. I think I was talking about winning a Pushcart. The essay that won was rejected sixteen times. And that was my seventeenth Pushcart nomination, first win. I also remember in 2018, I had just gotten an email from Bob Atwan of Best American Essays saying I was going to be included in the anthology, and then I got four rejections that same day, so even on a great acceptance day there were several rejections… I had really great professors who were realistic about publishing. They talked often of how difficult it was, how you needed to be immune to rejection, or at least recover quickly. The most important thing they said was to keep trying. You use the word persistence—I’d say stubborn, because you need a bit of stubbornness to keep going when it’s so difficult to be published.”

Crenshaw grew up in a small town in Logan County, Arkansas. Today he lives in Kansas with his wife and daughters. 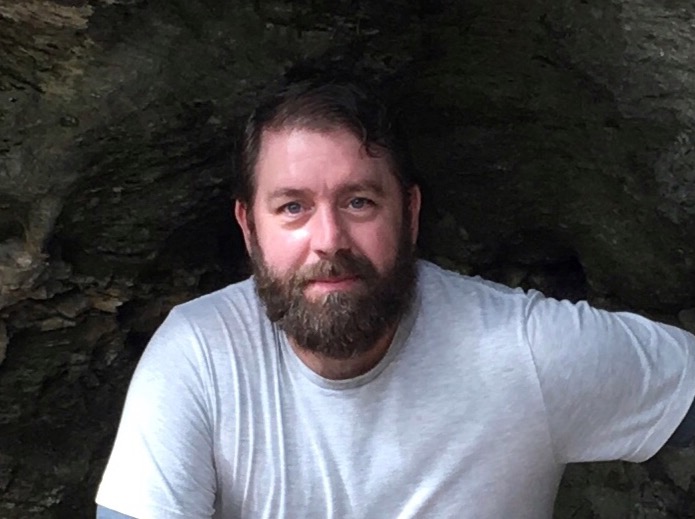