Molly Patterson is the author of the novel Rebellion, published by HarperCollins in 2017. She was the 2012-2013 Writer-in-Residence at St. Albans School in Washington, D.C., and her story “Don’t Let Them Catch You”, was the recipient of a Pushcart Prize. Her work has been cited as a Distinguished Story of 2019 in Best American Short Stories 2011.

In a starred review of Rebellion, Library Journal wrote, “In precise, detailed language we experience the beginning of a life; a sudden, tragic death; and the awakening of the soul in these flesh-and-bone characters…The Pushcart Prize-winning Patterson has written quite a debut, truly a page-turner… She’s a natural storyteller with empathy for the plight of women… [A] sweeping, far-flung novel.”

In an interview with Vol. 1 Brooklyn, Patterson explains her writing process, inspiration, and the work that went into writing Rebellion. When asked about the women’s voices in the book, she shared, “I think a lot about how women’s stories are considered and treated in the world of reading, writing, and publishing fiction. On the one hand, women make up a disproportionate segment of the fiction reading population. On the other hand, their stories are often considered light or frivolous. We have the (rather demeaning) term “chick lit” for popular fiction that features female protagonists, but we don’t have an equivalent term for popular fiction featuring male protagonists. And when it comes to what the culture deems “serious literature” male voices and protagonists are still given more credence. I don’t think male authors fear their book covers to the same extent that female authors do—the dreaded woman in a field, or the back of a woman’s neck, half-turned away! Rebellion is specifically about the experiences of women who feel boxed in by expectation and circumstance… In terms of connections among Rebellion’s characters, for me, it’s about the ways that women across culture and time have been expected to—or forced to—lead small lives, with small expectations.”

Her fiction has appeared in publications such as The Atlantic Monthly, Salamander, Shenandoah, Image, Barrelhouse, and The Iowa Review. Patterson’s nonfiction and essays have appeared in Michigan Quarterly Review, St. Louis Post-Dispatch, The Hairpin, and Shepard, among others. She earned her B.A. in English from Carleton College and her M.F.A. in Creative writing from Ohio State University. She has taught English and writing at The Ohio State University, The Writers Studio, and Sichuan Agricultural University.

Patterson was born and raised in St. Louis, Missouri, and lived in China for several years. She currently resides in Eau Claire, Wisconsin, with her family and teaches writing and literature at the University of Wisconsin Eau Claire. She is at work on a second novel. 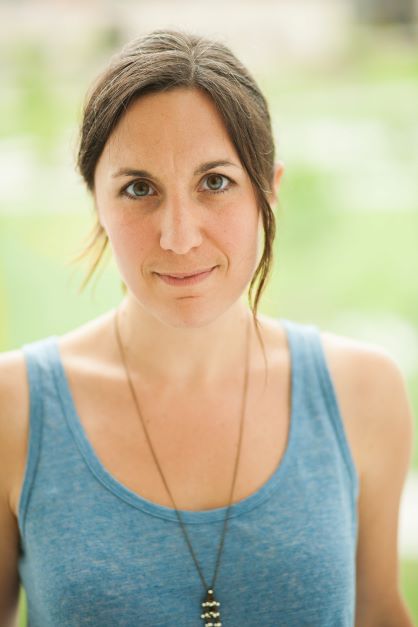