Megan M. Garr is a poet and the founder of the literary & arts journal Versal. She is the author of two books of poetry: Terrane (MIEL, 2015) and The Preservationist Documents (Pilot Books, 2012). Her writings on inequalities in the literary world and its economy have been published in several anthologies, including Literary Publishing in the Twenty-First Century from Milkweed Editions (2016).

After moving to Amsterdam in 2001, Megan founded “wordsinhere”, a community non-profit, and its flagship Versal. For nearly two decades, Megan has developed numerous literary programs in the Netherlands and the USA, most recently the ongoing VERSO /, Writers Resist Amsterdam (2017) and the Free Rights Defenders fundraiser (2017) to support efforts to release human rights activists imprisoned in Turkey.

Megan grew up in Nashville, Tennessee and studied writing at the University of Montana. Her parents’ deep involvement in social justice movements continues to guide her life and work. 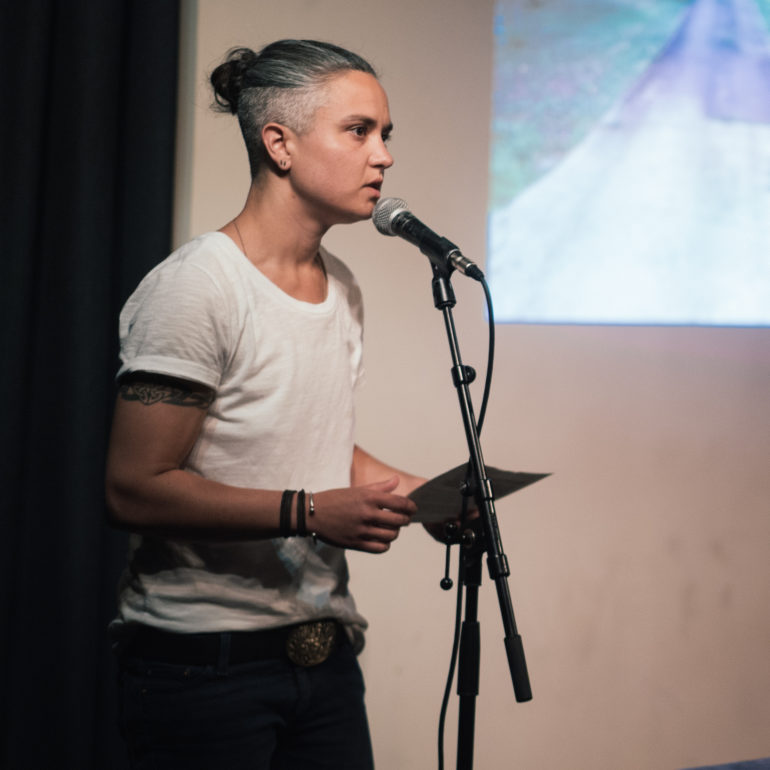