Matt Fiander’s work has appeared or is forthcoming in the Massachusetts Review, Zone 3, Yalobusha Review, South Carolina Review, SmokeLong Quarterly, Hobart, South Dakota Review, Willow Springs, TIMBER, Reckon Review, and elsewhere. He was the recipient of the 2019 Zone 3 Literary Prize in Literary Fiction. His award-winning story, “Five Variations on Parnell’s Blues,” was published by Zone 3 in their Fall 2019 issue.

In an interview with Zone 3, Fiander discussed “Five Variations on Parnell’s Blues” and gave advice to aspiring and unpublished authors. He shared, “The only thing I can say, and this is as close to assertion as I’ll get, is that getting better is about reading and writing more. Produce some work. Figure out how you write. Let people read it. Let their reactions inform (but not direct) your revisions and your growth. Try new things. Read new things. Take words in. Get words on the page… I probably think about writing every day, but I’ll often think for a long time before a word gets written down… The more you immerse yourself in the world of letters, the more interesting your writing will become. That’s it. Come up with a process or discipline that works for you and try to stick with it. If it stops working, mix it up.

If you want to get published, get comfortable with ‘no.’ Try not to take it personally. There is a home for your work and if you take it seriously someone else will too… Hang in there and write things that matter to you, and when you are ready, read up on the places you want to show it to. You want to be a good fit for them, but you also want them to show you they would be receptive to what you do.” The full interview can be found here.

Fiander received his B.A. in English from Elon University and attended the University of North Carolina at Greensboro for his M.F.A. in Creative Writing and Fiction. He has worked as a music critic for PopMatters and Prefix Magazine. Previously, Fiander taught at High Point University as an English professor for over seven years.

Fiander was born and raised in Weymouth, Massachusetts. He currently teaches at Wake Forest University in Winston-Salem, North Carolina. 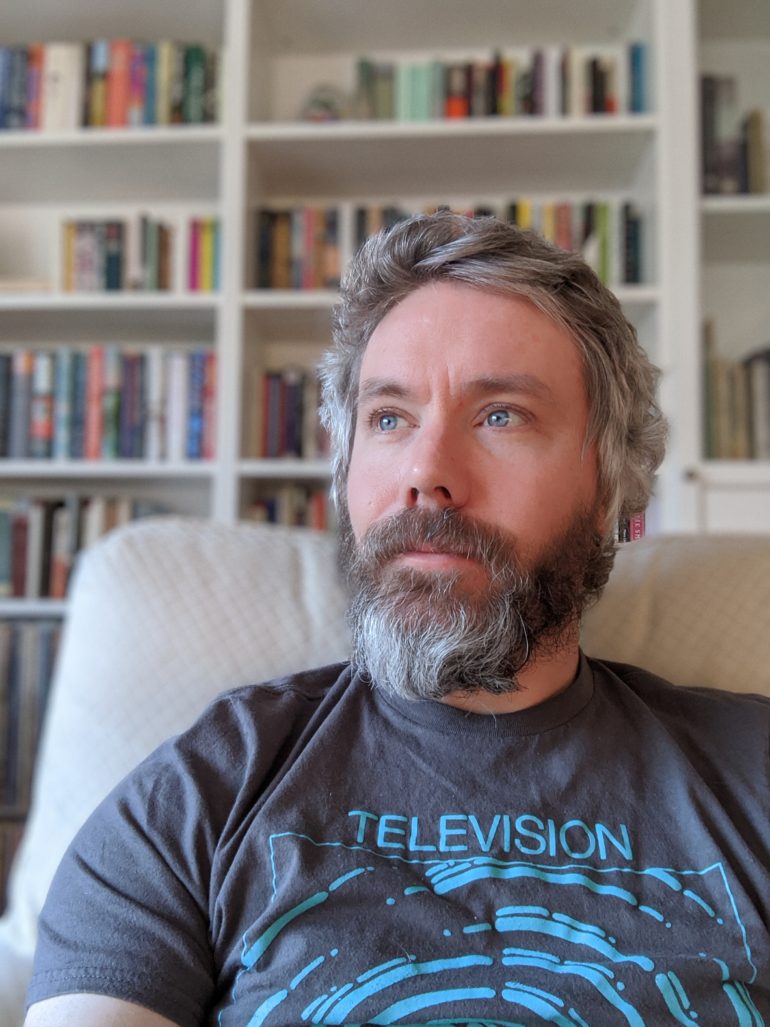