Mary L. Tabor is an author, professor, radio host, and columnist. She published her first book of fiction, The Woman Who Never Cooked: Short Stories, at age 60. She loves to say, “It ain’t over ‘till it’s over.” She has published the memoir (Re)Making Love(2011) which won the Watty award for Best of Interactive Storytelling in 2014, and the novel Who by Fire(2013) which received the Notable Indie award for best books of 2013 by online magazine Shelf Unbound. She was a CIC Visiting Fellow (formerly known as a Woodrow Wilson Fellow, and a Fellow in The Institute for Citizens & Scholars.

Who by Fire, as Lee Martin, author of Pulitzer Prize finalist The Bright Forever, in his review explains “is a lyric meditation on love and desire, one that will catch you up in the blaze of its eroticism, its tender evocation of love and the passions and accommodations of a life lived through the flesh and through the imagination. Can memory lead to forgiveness? Who by Fire explores that question in a story I won’t soon forget. The beauty of the prose, the nuances of the characters, the ever-building plot—everything is in place for a novel that will touch you in all the right ways.”

In an interview with History & Wine, Tabor shared how her personal experiences influenced her writing. She said, “I tell stories about myself all through my work, sometimes stories I don’t actually know but discover through the writing. Memory recalled over and over again of my father, my mother, my sister, my children, and all the men I’ve loved get called up for me somewhere, somehow whenever I write… I’ve also written a memoir that recounts what happened when my husband said after 22 years of marriage, oh-so-Greta-Garbo, “I need to live alone.”… I put aside Who by Fire that was finished when this event stopped me in my tracks—and eventually I blogged my life while I was living it. That blog can still be read on my website and is now the book (Re)Making Love: a sex after sixty story.”

Tabor graduated Phi Beta Kappa from the University of Maryland with a BA in English. She earned an MAT in English and education from Oberlin College and graduated from Ohio State University with an MFA in Creative Writing. She went back to college for her MFA the year she turned 50 after a 16-year career in corporate America, as a senior executive, and director of public affairs writing for the oil industry’s trade association, landing her in both Who’s Who in America and Who’s Who of American Women. She has been a visiting writer at the University of Missouri and taught fiction writing at George Washington University and the Smithsonian’s Campus-on-the-Mall.

Born in Baltimore, Maryland, Tabor and her husband live in Los Angeles, California. She has three grown children and three grandchildren whom she couldn’t have taken the risks she did without them. 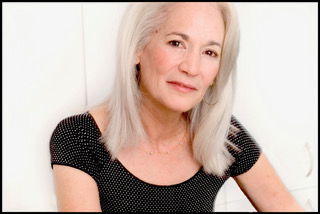