Lawrence Coates is the author of five books, most recently The Goodbye House. His first novel, The Blossom Festival, won the Western States Book Award for Fiction and was selected for the Barnes and Noble Discover Great New Writers Series. His second novel, The Master of Monterey, was published in 2003, and his third novel, The Garden of the World, was published in 2012 and won the Nancy Dasher Award from the College English Association of Ohio. In 2015, he published The Goodbye House, a novel set amid the housing tracts of San José in the aftermath of the first dot com bust and the attacks of 9/11.  Also in 2015, he published a novella, Camp Olvido, set in a labor camp in California’s Great Central Valley.

In a review of The Blossom Festival, Publishers Weekly wrote, “This quietly old-fashioned novel occasionally stumbles on its nostalgic reverie, but its essence is bittersweet: that even a paradisiacal land is marked by the human hopes and hatreds that reverberate long after the orchards are replaced by corporate parks.”

In an interview with Southeast Review, Coates discussed his two works, Camp Olvido and The Goodbye House. When asked how he kept track of the characters and storylines, he responded, “​​In response to your earlier question, I spoke about the season of a novel. And I do find it helpful when I’m first taking notes for a new book if I can at least articulate for myself what the overall season of the novel will be, what will be at the beginning and end. If I have that, it gives me some comfort and assurance as I’m writing every day. I’ve never been able to work from an outline, but if I understand the season, then I can keep some overall shape in sight as I’m making the daily discoveries in writing. In The Goodbye House, I knew that the story would begin with Katherine and Carter having moved back in with Katherine’s father into that emblematic house, and I knew it would end with the characters saying farewell to that house in some way, but I had to invent or discover how the characters would get there.”

His short fiction has appeared in Ascent, The Adroit Journal, Lake Effect, Pacific Review, Greensboro Review, and The Long Story, among others. Coates holds a B.A. from the University of California at Santa Cruz and gained fluency in Spanish while studying abroad in Barcelona, Spain.  He also worked for a brief period as a freelance journalist, placing a cover story about the U.S.-Mexican border in the Sunday supplement of The Chicago Tribune.  He went on to complete a master’s degree at Berkeley. He taught for a year in the Lycée Charlemagne in Paris and then earned his doctorate at the University of Utah. Coates spent four years as a Quartermaster in the Coast Guard, and four more years in the Merchant Marine, working as an Able-bodied Seaman and Third Mate. During his time at sea, he sailed in the North Atlantic, the Pacific Ocean, and the Indian Ocean, and served aboard a fleet oiler in the Arabian Sea during the Iranian Hostage Crisis.

Lawrence Coates grew up in El Cerrito, California, and currently resides in Ohio. Coates has been teaching Creative Writing for nearly twenty years and runs a Techniques Blog where he advises on techniques of literary fiction. He currently teaches in the MFA program at Bowling Green State University and is at work on another novel, Boom. 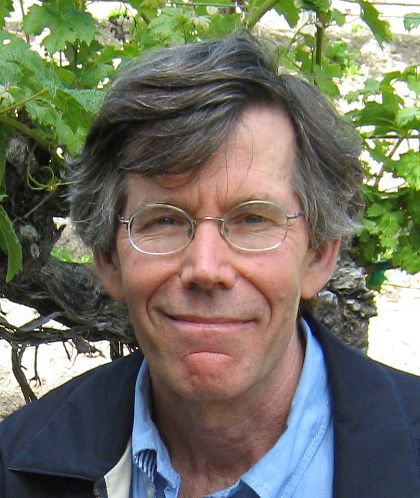