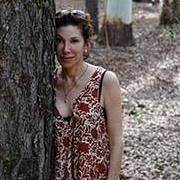 Karen Uhlmann lives in Chicago and graduated with an MFA from Bennington in 2010. Currently, she has a story in Noo Journal. Her fiction has been published in Southern Indiana Review, Fiction Southeast, and Specter, as well as other literary magazines. She writes book reviews for The Common.

In 2012, she won the Northern Colorado Writers contest, which was judged by Antonya Nelson, and had two stories in its anthology, Pooled Ink. She was a finalist for the Tobias Woolf award, The Florida Review Editor’s Award, and the Glimmer Train Fiction Open Contest among others.