Hugh Sheehy is the author of two short story collections. The Invisibles was published by the University of Georgia and won the 2012 Flannery O’Connor Award. His second collection, Design Flaw, is forthcoming from Acre Books in November 2022.

In a review of The Invisibles, The Rumpus wrote, “Hugh Sheehy’s The Invisibles is full of persons disappeared, murdered, or otherwise tragically deceased; however, Sheehy focuses less on mourning than he does on the varied and eerie ways that these deaths manage to render those who are left behind—the living—invisible and ghostlike. Sheehy has utilized the most tantalizing elements from the thriller genre to craft stories that are literally hard to put down. Besides being engaging, Sheehy’s thrillers are original, warped additions to what can sometimes feel like an all-too-familiar and predictable genre… Reading these stories feels almost like intruding—like finding oneself in the wrong place at the wrong time, or like opening a door that was supposed to stay closed. The feeling of having trespassed is worth it, though, for the reader intrudes just as Sheehy’s characters call out to be seen, and in those moments, they appear, as if out of the darkness, on dazzling display.” The full review can be found here.

Sheeny’s writing has appeared in Kenyon Review, Glimmer Train, Cincinnati Review, Antioch Review, Crazyhorse, The Rumpus, Los Angeles Review of Books, Rain Taxi, Post Road, and more. His critical work has been published in several outlets, including the L.A. Review of Books. Sheehy earned his B.A. at Miami University and his M.F.A. at the University of Alabama. In the winter semester of 2021/22, Sheehy was a teaching fellow of the German Academic Exchange Service at Johannes Gutenberg University, Mainz, where he offered seminars on the American short story and a creative writing workshop.

In an interview with Kenyon Review, Sheeny gave details on his writing processes, core values in literature, and what he has learned from both. He shared, “Powerful literature takes root in and lives in and through us and things that we do after reading it; to be even more precise, the parts of it that we find most striking resonate through our conscious experiences, which is to say all of our experiences… The experience of reading moves through the reader and into the world via the reader’s interactions with other people and in the reader’s observations and writings… Writing helps us get closer to telling the true and whole story, through many voices if not through one alone… It is important to avoid overestimating the power of the literary imagination, of missing where the literary imagination breaks away from more prevalent forms of storytelling such as scientific narratives in most developed counties or religion in the places where religions continue to hold sway over the majority of peoples’ thoughts. That is not the same as saying the literary imagination has no power… Literature (and here I mean all forms of nonfiction, fiction, and poetry) should call us to use our imaginations, to be honest with ourselves, and to change our lives in the tiny ways that matter.”

Sheehy lives in Beacon, New York, and teaches creative writing and literature at Ramapo College in New Jersey. He serves as a mentor in Miami University’s Low Residency M.F.A. Program and sits on the advisory board of the Hong Kong Review. 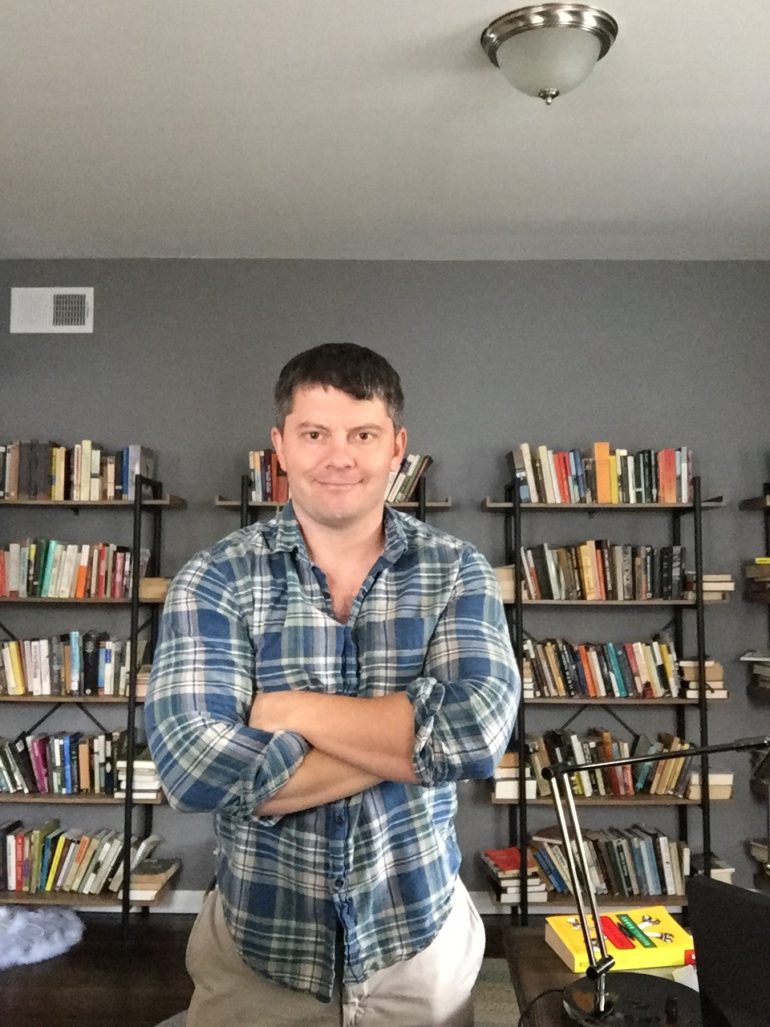