Soma Mei Sheng Frazier’s debut novel is forthcoming from Henry Holt & Co. in 2023. Frazier has published three award-winning prose chapbooks: Salve, Don’t Give Up on Alan Greenspan, and Collateral Damage: A Triptych. Her work has earned nods from authors and entities ranging from HBO to Zoetrope: All-Story; from Nikki Giovanni to Daniel “Lemony Snicket” Handler to Sarah Shun-lien Bynum to Billy Collins. Her writing has placed in several literary competitions, including Zoetrope’s and the Mississippi Review’s competitions. She has been nominated for a Pushcart Prize and won accolades including being named Notable by the storySouth Million Writers Award.

Nikki Giovanni, who was named one of “25 Living Legends” by Oprah, wrote, “Brilliant is a word usually associated with diamonds therefore this is the appropriate word for Soma Mei Sheng Frazier who writes like a young Toni Morrison: clear, clean yet heart skipping for all the things she is not telling. Crisp. Deliciously enticing as the story unfolds. Soma is a wonderful writer on the rise. Perhaps I should have started this story with the first star of evening, visible to our planet but harking of another shore, lighting our sky. We walk the beach with her. And the tide pulls the diamonds to our hands.”

Her stories and poems have appeared in ZYZZYVA, Hyphen, Glimmer Train, The Mississippi Review, Eclectica Magazine, Carve Magazine, Kore Press, and more. She received her B.A. in Asian Studies from Pomona College and her M.F.A. in Writing from Sarah Lawrence College.

In an interview with SF Weekly, Frazier discusses a wide range of topics from her writing to her fondest memory. When asked for advice, Frazier replied, “Approach the shark calmly. Brush your hands over its nose. Well, that is actually what it feels like to transition out of one’s safety zone — but if you’re confident in your work ethic and have some savings or are prepared to go into debt, I say budget out a few months and get your scribble on. I’ve held down jobs serving others for years, so it’s a pleasure to nurture my own literary interests as I plan the next career move: hopefully, a transition into full-time Creative Writing or English teaching at the college level. (I’ve been an occasional adjunct at Gavilan College for years, on top of full-time jobs at Oakland School for the Arts, where I chaired the School of Literary Arts, and then KQED).”

Frazier relocated from California where she served as a San Francisco Library Laureate, to New York for a professorship in Creative Writing and Digital Storytelling at SUNY Oswego. She served as Chair and Associate Professor of English and the Humanities at the University of Silicon Valley. Frazier has taught at the Sarah Lawrence College Summer High School Writers Program, the University of San Francisco, Oakland School for the Arts, Holy Names University, Gavilan College, and Valhalla Women’s Correctional Facility—and worked at KQED, a premier national public media source located in the Bay Area.

Frazier grew up in rural New Hampshire and now lives in New York. She is the Founding Editor of Subnivean, the undergraduate-staffed literary publication of the State University of New York at Oswego. She is represented by Victoria Sanders of Victoria Sanders & Associates. 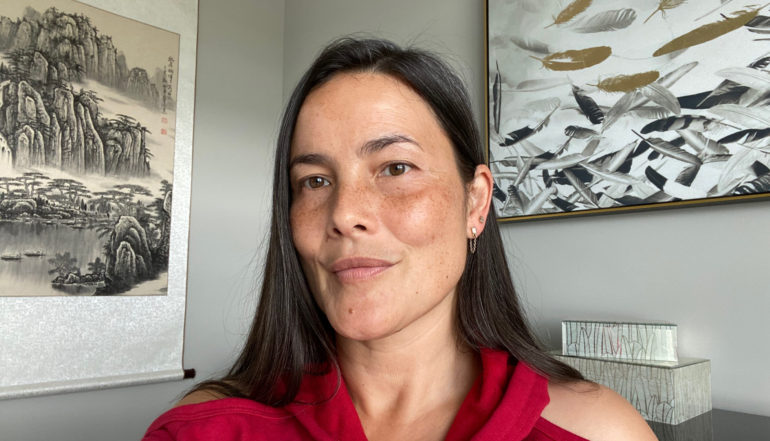