Evelyn Somers’s nonfiction has appeared at Belmont Story Review, and various author profiles and interviews have appeared at Bloom and the Millions. Her fiction has been published in journals such as The Collagist, Potomac Review, Crazyhorse, Southwest Review, Florida Review, Pank, and quite a few others, and has been three times nominated by editors for Pushcarts. She is a recipient of a Barbara Deming Foundation grant for her writing about women’s issues.

Somers attended Macalester College for her B.A. in French before obtaining her M.A. in Creative Writing at the University of Missouri-Columbia. She remained there for her P.h.D in Literature. She was a former contributing editor for Bloom, where she has published essays and interviews with late-blooming writers. As a freelance prose editor, Somers’ editing credentials include over 30 edited books in many genres. Books she has edited have won the John Simmons Award, the Drue Heinz, and the Peter Taylor Prize for the novel.

In an interview with The Missouri Review’s Soundbooth Podcast, Somers spoke of her experiences as an editor, how her job interacts with her writing, and what makes a piece stand out to her. When asked about tricks of the trade for editing, Somers replied, “You are going to have to write a lot to get good at it. I don’t think you can get very good at it if you are not using yourself as a laboratory. You really have to be working with your own stuff. Because when you are working with your own material, you are working with it at every single stage of the process from generating the idea to developing it to working with the structure to refining the structure… You are kind of the best laboratory you have for learning how to make repairs to writing… But I think the big thing is just to write and write and write and spend then a lot of time making it better and that’s going to teach you how to edit more than if you were trying to learn how to edit by editing someone. To start you have to learn how to edit yourself first before you can learn to edit someone else.”

Somers lives in Booneville, Missouri. She has worked for over 32 years for The Missouri Review. She joined as an intern and has been an Associate Editor of the magazine since 1990. Additionally, she teaches literature, writing, advanced grammar, and literary publishing at the college level. She teaches Women and Gender studies at the University of Missouri and literature and writing at Columbia College. 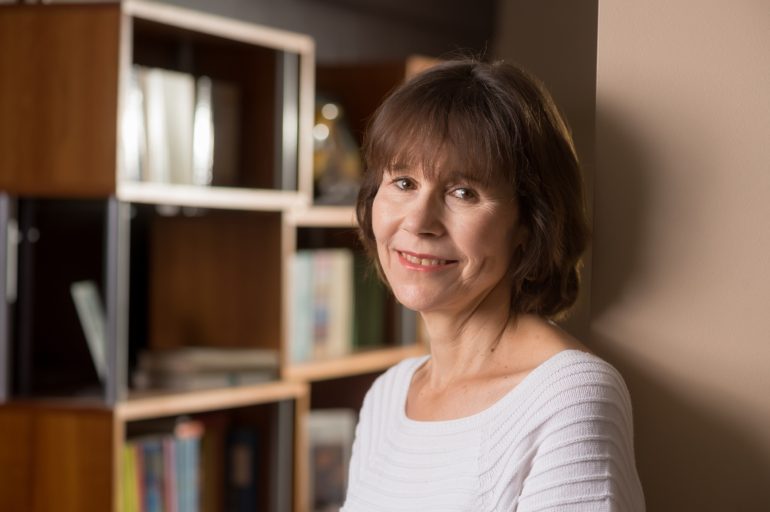