Ellen Rhudy is the author of Escape Velocity, a collection of short stories which explores how women can live in and free themselves from worlds designed to limit their agency. Her fiction has appeared in Northwest Review, The Adroit Journal, Cream City Review, SmokeLong Quarterly, Necessary Fiction, Monkeybicycle, Uncharted Magazine, and elsewhere. Her flash fiction has been listed in the Wigleaf Top 50 and included in The Best Small Fictions 2020 as a Spotlighted Story.

In an interview with Michele D’costa, Rhudy answered questions about her flash fiction, essays, and processes of writing both. She shared, “I don’t write much flash, and when I do it’s usually as a break from a longer piece I’m working on. In the middle of months trying to figure out how to make a longer piece work, I enjoy working in a form that has such different constraints. That said, I find flash fiction hard to write, and particularly hard to edit – most works I’ve published that are under 2000 words are ones that haven’t changed form much since I first wrote them. When I have a long story that isn’t working I find it (sort of) easy, or at least possible, to print it out and identify what’s not working, sit with that a while, and then rewrite and begin the process again, until I get it to a good place. With flash and shorter stories, maybe because it’s so much about capturing a particular moment in time, I seem to either get the first draft right or find myself with an idea I just hope I can circle back to in a year or so.”

Rhudy holds a B.A. in English and History from Rutgers University and an M.A. in Public Administration from the University of Pennsylvania. She served in the Peace Corps from 2009-2011 and was a Fulbright research grantee studying Albanian national identity.

She lives in Columbus, Ohio, where she is an MFA candidate for Creative Writing at The Ohio State University, a prose reader for The Adroit Journal, and Fiction Editor of The Journal. She is supported at Ohio State by a Distinguished University Fellowship. Previously Rhudy lived in Philadelphia where she worked as an instructional designer and in nonprofit administration. She is at work on a second story collection, Technologies Not Yet Predicted, and a novel in stories, This All Belongs to Us. 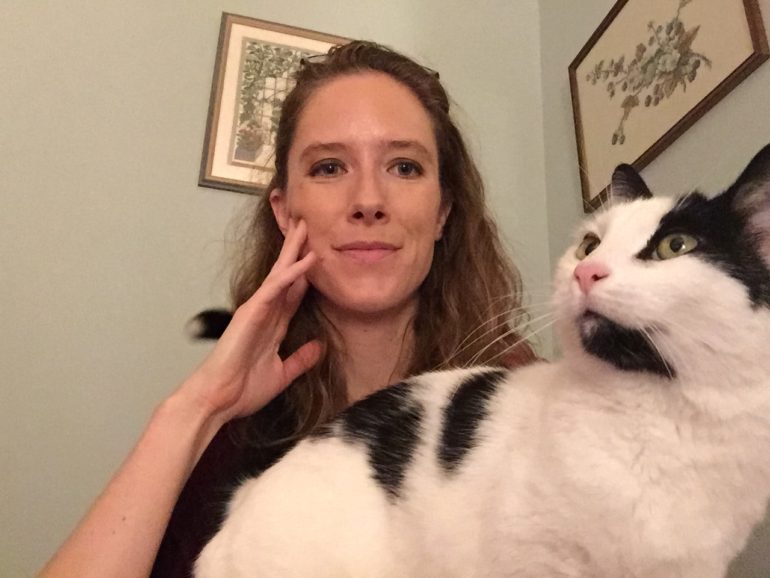