Ed Falco is the author of fourteen books, including novels, story collections, and poetry collections. His latest book is the poetry collection Wolf Moon Blood Moon (LSU, 2017). His two previous books are the novels Toughs (Unbridled Books, 2014) and The Family Corleone (Grand Central, 2012). His most recent short story collection is Burning Man (SMU, 2011). His previous short story collections are Sabbath Night in the Church of the Piranha: New and Selected Stories (Unbridled Books, 2005), Acid (University of Notre Dame Press, 1996), and Plato at Scratch Daniel’s and Other Stories (University of Arkansas Press, 1990). He is also the author of four novels: Saint John of the Five Boroughs (Unbridled Books, 2009), Wolf Point (Unbridled Books, 2005), A Dream with Demons (Eastgate Systems, 1997), and Winter in Florida (Soho, 1990), as well as a collection of literary and experimental short fictions, In the Park of Culture (University of Notre Dame Press, 2005), and a collection of hypertext short fictions, Sea Island (Eastgate Systems, 1995). Falco’s plays–The Center, Possum Dreams, Sabbath Night in the Church of the Piranha, and others–have mostly been produced and read in and around Blacksburg, Virginia.

Falco is the recipient of The Southern Review’s Robert Penn Warren Prize in Poetry, the Emily Clark Balch Prize for Short Fiction from The Virginia Quarterly Review, and The Mishima Prize for Innovative Fiction from The Saint Andrews Review. He has also received fellowships and awards from the National Endowment for the Arts, the Sewanee Writers’ Conference, The Governor’s award for Screenplay from the Virginia Festival of American Film, and the Virginia Center for the Creative Arts, among others, for his novels, plays, and collected stories. He has published short stories widely in journals and anthologies, including The Atlantic Monthly, Playboy, The Best American Short Stories, and The Pushcart Prize Anthology. His work has appeared or is forthcoming in The Antioch Review, Epoch, Image, The Missouri Review, and The Notre Dame Review. Falco received his B.S. at the State University of New York at New Paltz and his M.A. from Syracuse University.

In an interview with Image, Falco shared the evolution of his interests, writing, and work. He said, “There was an evolution. I started out thinking of myself as a poet. Then I discovered Baudelaire and Rimbaud and the prose poem, and I began to write paragraph poems. That evolved into longer pieces, and I wrote short stories almost exclusively for quite a while. And then, you know, I ran out of stories! I didn’t want to keep telling the same stories over and over again, so I started writing novels. Only in my late 50s did I discover playwriting and fall in love with that for a while. I find that in different genres, different parts of myself are expressed. Somehow, in theater I’m funny, which makes me happy. In fiction I can’t be quite as funny; it doesn’t come out there. Genres provide different avenues for me, and I’m happiest bouncing around from genre to genre.”

Falco grew up in Brooklyn, New York, and currently lives in Blacksburg, Virginia, where he teaches in Virginia Tech’s MFA program. He is an editor of The New River, an online journal of new media writing. 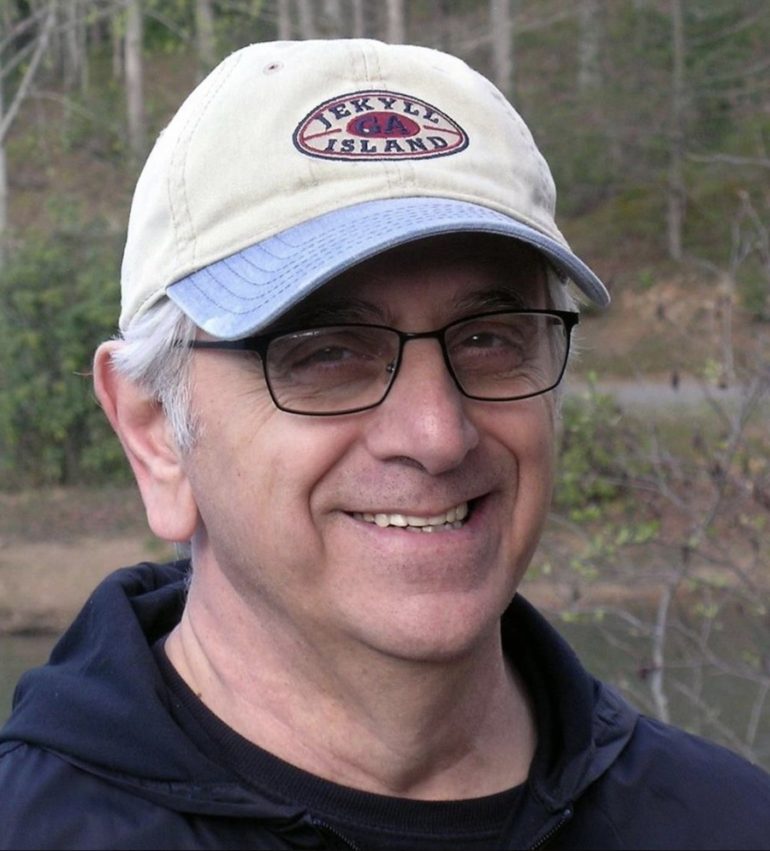