Christine Sneed is the author of the novels Paris, He Said, and Little Known Facts, and the story collections Portraits of a Few of the People I’ve Made Cry and The Virginity of Famous Men (Bloomsbury USA & UK).  She has received the Grace Paley Prize for Short Fiction, the 21st Century Award from the Chicago Public Library Foundation, the Chicago Writers’ Association Book of the Year Award twice, the Society of Midland Authors’ Award, an O. Henry Prize, and Ploughshares’ Zacharis Award. She has also been a finalist for the Los Angeles Times Book Prize and the Chicago Review Fiction Award. Her fifth book, Please Be Advised: A Novel in Memos, and a short fiction anthology she edited, Love in the Time of Time’s Up, will both be published in October 2022.

In an interview with The Writer, Sneed spoke about her novel, Little Known Facts, and shared writing tips and advice. As for advice to new writers, Sneed divulged, “One thing I’ve come to realize is that the dialogue in good films has helped me learn to write better dialogue in fiction. And paying close attention to people who are talking who don’t know you’re listening – occasional eavesdropping on the bus or the subway, or in line at the library or at the movie theater – is very instructive. I like to listen to other people in an unguarded moment. You notice how some people change the subject without ceremony; non-sequiturs are an excellent tool in dialogue writing because people’s thoughts are often discursive, and reflecting this in dialogue can create an authentic ring to an exchange between two characters. It’s also a good idea to dispense with the routine parts of conversation, such as: “Hi, how are you?” and “I’m fine, and you?” Pauses also are sometimes a good choice. The playwright Harold Pinter made effective use of them. Silence can be very expressive.” The full interview and more of her writing advice can be found here.

Sneed attended Georgetown University where she studied French and literature and received her M.F.A. in Poetry from Indiana University Bloomington. She taught and instructed at DePaul, the University of Illinois at Urbana-Champaign, Roosevelt University, Northwestern University, and in the low-residency M.F.A. program at Pacific University.

Sneed grew up in Green Bay, Wisconsin, and Libertyville, Illinois. Today, she lives in Pasadena, California with her partner Adam Tinkham and teaches for the graduate creative writing programs at Northwestern University and Regis University. She will teach at Catamaran Literary Reader’s Summer Writers Conference in Pebble Beach, CA, from July 31 through August 4, 2022. 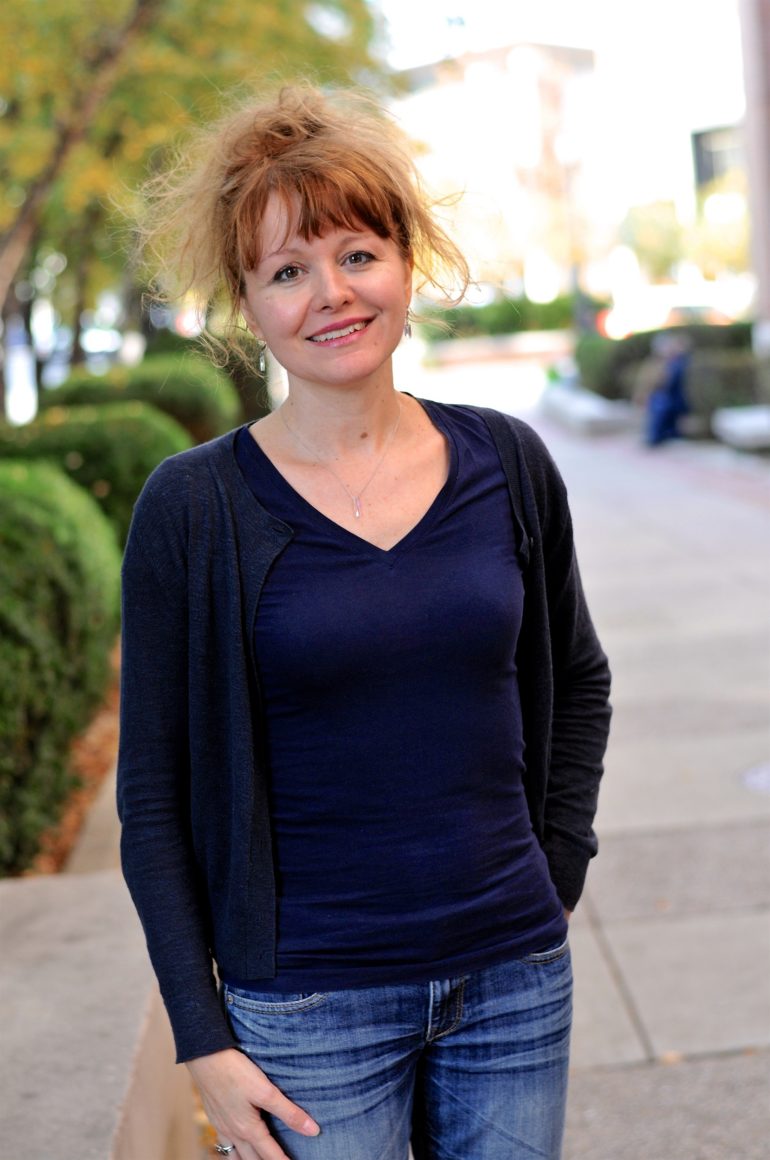