Chad Simpson is the author of Tell Everyone I Said Hi, a short story collection that won the John Simmons Short Fiction Award and was published by the University of Iowa Press. He published a chapbook of short fiction, Phantoms, in 2010. He has received scholarships from the Bread Loaf Writers’ Conference and the Sewanee Writers’ Conference, as well as a fellowship from the Illinois Arts Council.

In a review of Tell Everyone I Said Hi, Jess Stoner from Necessary Fiction wrote, “These stories. They are gorgeous, sometimes ugly, sometimes painfully ugly and mean but they are so true, and so truly told in ways that seem so closely knit to real life. Each of them ends, not in a drop off, but at the end of that frame of that glimpse: with strangers embracing on a doorstep, in a memory, on the roof of a house, something is always just about to happen to these characters the moment we turn the page: a man isn’t going to an estate sale, a woman hasn’t yet left for a trip, she will, but she hasn’t. Each of these stories extends out past our fingertips, from the page into an ether that seems to transcend fiction… And the collection ends, with the feeling that as fragile as the lives are in these stories, they are only as fragile as our own, and they can’t be contained to the frame, or even the covers of the book.”

Simpson discussed Tell Everyone I Said Hi in an interview with Fiction Writers Review. He divulged, “There isn’t a lot of direct conflict in these stories. I love that bit of advice Charles Baxter gives in “Creating a Scene” from The Art of Subtext about having your characters make a scene, about how having your characters act out can do a lot to actually “make” a scene in fiction. That said, my characters rarely make such scenes. There are small and quick moments of direct conflict in the stories in this collection, but much of the tension in the pieces comes from something else—typically a kind of disconnect. There are rifts large and small separating these characters from one another—rifts of geography, perspective, potential understanding, etc. There’s also a lot of yearning in these stories. There’s a lot of isolation, a lot of dislocation. A lot of loneliness. It’s my hope that the title—Tell Everyone I Said Hi—manages to evoke some of these things.”

Simpson’s work has appeared in many prints and online publications including, McSweeney’s Quarterly, Esquire, The Sun, Crab Orchard Review, Five Chapters, The Rumpus, Barrelhouse, The Collagist, Fifth Wednesday Journal, Sycamore Review, Gulf Stream, Versal, New South, SmokeLong Quarterly, and Wigleaf. His work has been anthologized in You Must Be This Tall to Ride: Contemporary Writers Take You Inside the Story and in New Stories from the Midwest 2011. Simpson earned his B.A. from Monmouth University and received his M.F.A. in Fiction Writing from Southern Illinois University Carbondale. 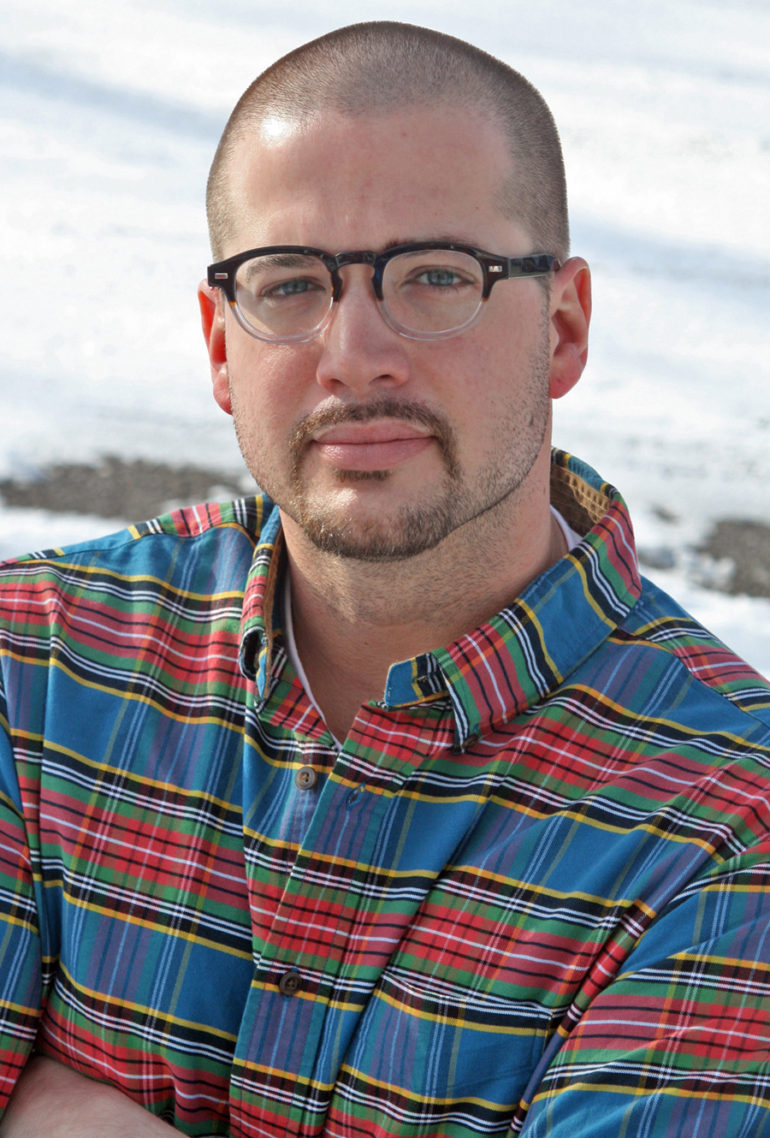