Caroline Kim is the author of a collection of short stories about the Korean diaspora, The Prince of Mournful Thoughts and Other Stories, which won the 2020 Drue Heinz Prize in Literature, was a finalist for the Northern California Book Award, the Janet Heidinger Award for Fiction, and was long-listed for both the PEN/Robert W. Bingham Prize and The Story Prize.

Eugenia Kim, the author of The Kinship of Secrets and The Calligrapher’s Daughter, wrote, “Caroline Kim’s The Prince of Mournful Thoughts and Other Stories communes with the hanfulness of Korean heritage, an inherited sorrow that never resolves but transforms into new language. From the Korean-English rendering, its own work of translation, to the historical recollection as well as the futuristic therapy robots, Kim blends genre and form for daring conversions, as if a scientist who conducts experiments on the essential truths of humanity.”

In an interview with The Rumpus, Kim spoke of the meanings and inspirations behind The Prince of Mournful Thoughts and Other Stories, as well as the challenges she faced while writing it. She shared, “For a long time, I didn’t think anyone else would see these stories. So my audience was just myself. I don’t announce the race of a character unless it comes up naturally in the story, which actually comes up a lot if you’re Asian American because people want to know where you’re from. The thought that I could get a book published felt very remote; I couldn’t see my way there. Partly this came from the fact that I wrote so slowly—one story every few years. Part of it came from my struggling with my identity, realizing how much of what I thought of myself came from others. I wonder sometimes if I would have looked back to Korea so much if I had been more easily accepted as “American.” The fact that my place here was shaky made me think more about the place I’d come from. The rest came from a lack of confidence, serious self-doubt, and the fact that I did not see myself reflected in the literary landscape. I’ve heard and read other writers of color say similar things.

What finally made the difference for me was knowing myself better as I got older, of defining my identity for myself, feeling more stable. I also gained confidence in myself as I became a parent.”

Kim’s writing has appeared or is forthcoming in TriQuarterly,  Lithub, The Rumpus, The Millions, Pleiades, Porter House Review, MANOA, The Michigan Quarterly Review, Spinning Jenny, Meridian, Faultline, Pidgeonholes, The Bare Life Review, Santa Monica Review, and elsewhere. She has an M.F.A. in Poetry from the University of Michigan, where she was a recipient of a Hopwood Award, and an M.A. in Fiction from UT Austin, where she was a Michener Fellow.

Kim was born in Busan, South Korea, but moved to America at a young age. She has lived on the East Coast, Midwest, and Texas but now makes her home in Northern California with her family. Kim is a member of Seventeen Syllables, an Asian American literary collective. 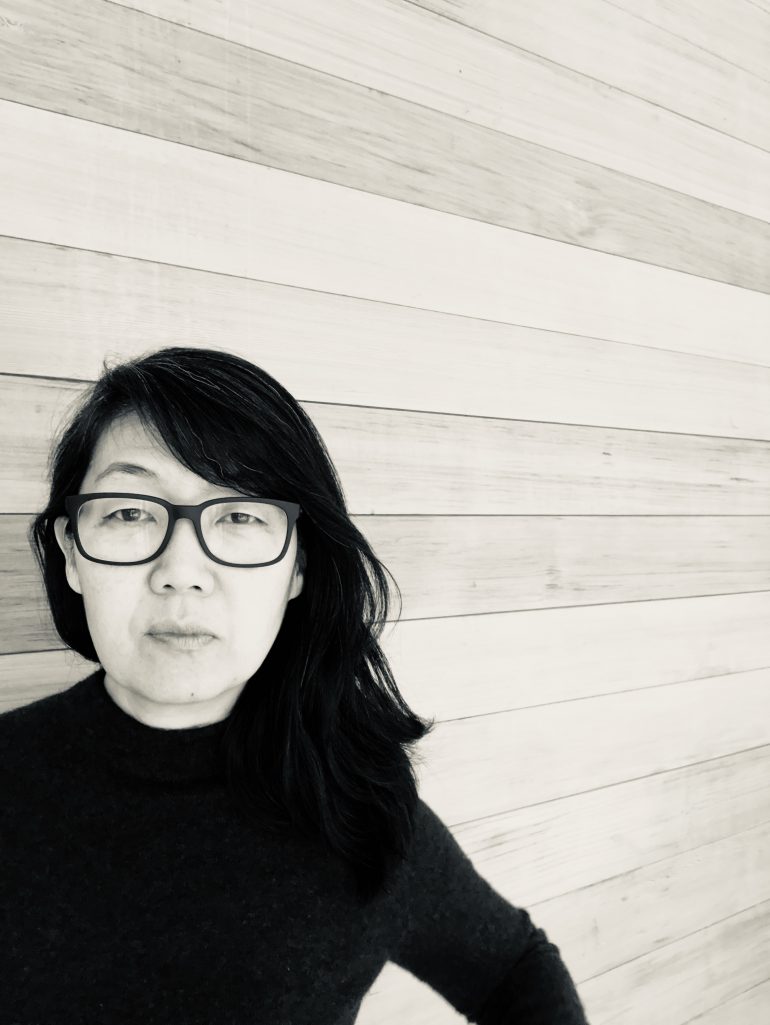