Brian Leung, author of All I Should Not Tell, Ivy vs. Dogg: With a Cast of Thousands!, World Famous Love Acts, Lost Men, and Take Me Home, is a past recipient of the Lambda Literary Outstanding Mid-Career Prize. Brian’s second novel, Take Me Home, earned a starred review in Kirkus Reviews. Other honors include the Asian-American Literary Award, Willa Award, and the Mary McCarthy Prize in Short Fiction. He is a recipient of the University of Louisville’s President’s Award for Outstanding Scholarship, Research, and Creative Activity, and a College of Arts and Sciences Outstanding Research and Creative Activity Award at that same institution.

2007 saw the publication of his first novel, Lost Men with a French edition following in 2008. After the French publication, he was a guest of Festival America in Vincennes, France. Lost Men amplifies the best qualities of his short fiction in World Famous Love Acts and about which Publisher’s Weekly writes, “Leung gingerly reacquaints an estranged father and son who travel through China in this sagacious and lyrical debut novel.” An Italian edition was published in 2009.

Leung lived in Los Angeles for many years, where he studied the city’s kinetic diversity and found his literary voice. In an interview with Story, he shared his experience in Los Angeles; “I discovered that a lot of the fiction I was reading, and which I liked, was very mono. The narrator existed in a sphere that lacked diversity— the diversity that would’ve actually been present in the character’s real life… In my real life in Los Angeles, I went to a Home Depot. Outside the gates were men who were day laborers looking for work. Liberal-hearted Brian in his 20’s thought, “I should write a story from their point of view.” Today, we would never put up with that. I wrote what I intended to be a very compassionate story about a Mexican-American day laborer whose wife works on the West side of Los Angeles as a housekeeper… My attempt was tragic because I don’t occupy any of those subject positions and because I was clearly using a cliché narrative. But at that moment, that was part of my learning process. I was trying to do the good work of not segregating and ignoring the reality of what it means to live in a multicultural city. I was young and stupid. It was not highlighted for me by anybody that doing that kind of work was inappropriate.”

Leung earned his B.A. and M.A., both in English, at California State University, and an M.F.A. in Creative Writing from  Indiana University. For six years, Leung worked with the US Department of State Institute on Contemporary U.S. Literature where, in his final year, he served as Principal Investigator and Director. He has teaching experience in fiction, creative nonfiction, poetry, drama, literary genre, and special topics in contemporary American literature. His writing interests include writing about difference and diversity including concerns surrounding race, class, gender, and sexuality.

Leung was born and raised in San Diego County. In addition to being Interim Director of Creative Writing at Purdue University, and a novelist, he is an avid collector of original animation art. 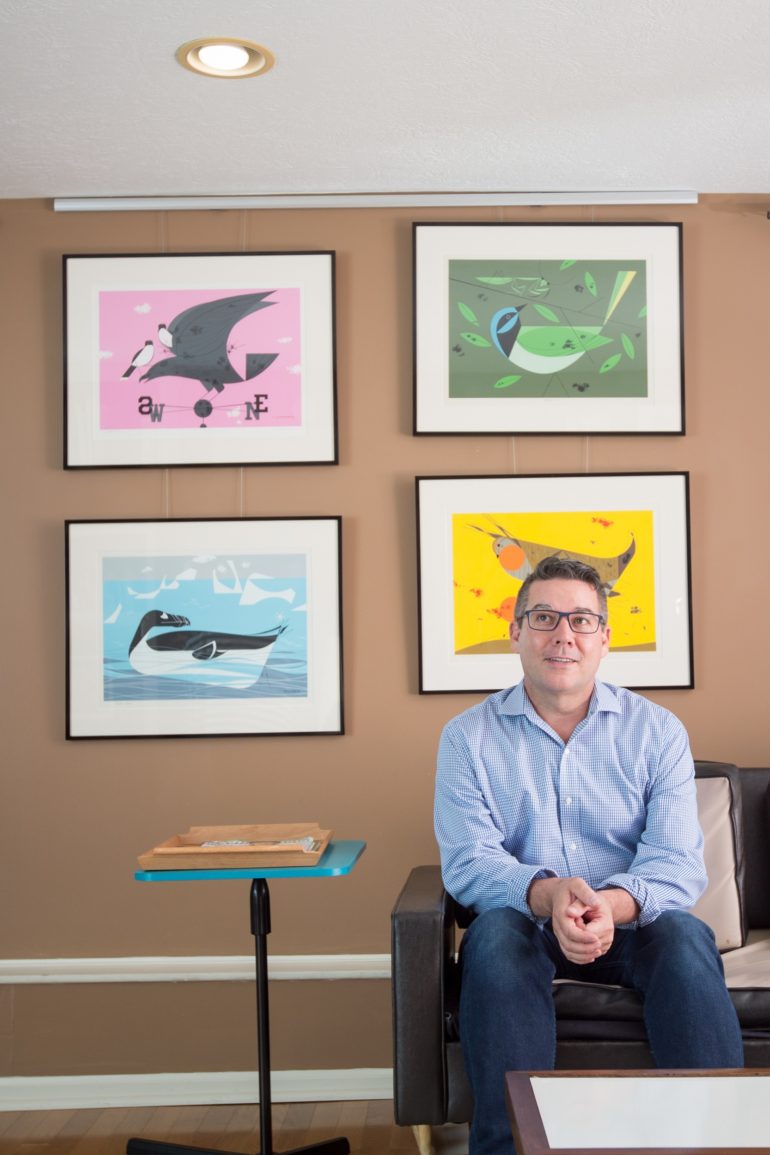