Bonnie Jo Stufflebeam’s fiction has appeared in literary magazines such as Fairy Tale Review, Masters Review, Room, Hobart, Goblin Fruit, The Toast, and SmokeLong Quarterly and in speculative fiction magazines such as Lightspeed and Clarkesworld. She lives in Texas with her partner and two literarily-named cats: Gimli and Don Quixote. She holds an MFA in Creative Writing from the University of Southern Maine’s Stonecoast program and curates an annual Art & Words Show, which was profiled in the March/April 2014 issue of Poets & Writers. 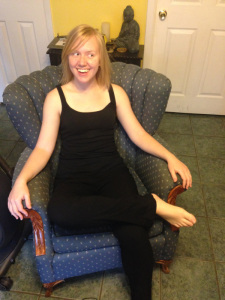