Anu Kandikuppa’s essays, short stories, and flash fiction have appeared in Colorado Review, Michigan Quarterly Review, Hobart, Salt Hill, The Cincinnati Review, Epiphany, and other journals. Her work has been nominated four times for the Pushcart Prize, nominated for the Best of the Net anthology, and longlisted twice for wigleaf Top 50. She was a Gish Jen Emerging Writers’ Fellow in 2016 and her work has been recognized by the Sewanee Writers’ Conference in 2022 and the Bread Loaf Writers’ Conference in 2010.

In an interview with the Southern Indiana Review, Kandikuppa discussed her short story “Gardening” from the Fall 2021 Southern Indiana Review and her background as a writer. When asked about her inspiration for the story, she shared “It’s a culture that, loosely or strictly, imposes a variety of restraints on people—dress, speech, behavior—which end up limiting their lives. The expectation that you’ll stick with your spouse for the sake of family is one such restraint (the divorce rate among Indians is famously low, less than 1% according to some sources). A given marriage may well work out, but there’s no way of telling what would have happened absent the expectation. It’s this sense of living subject to restraint that I explore in this and other stories. If you know you’re living in a box, you’ll want to know what’s outside.

As for inspiration, I once went back-country camping near Bangalore (now Bengaluru) in the nineties, with a group called The Adventurers. It was unusual for Indian girls to do outdoorsy things then, perhaps now, too, and with strangers. I was as conservatively raised as anyone, but I hungered for more experiences. We were two girls and a whole lot of boys. I went through the trip with a sense of imminent danger. We’d sit around a campfire in the evenings. If one of the men came near me, I’d freeze with terror. It was all really very chaste—the closest I came to being touched was when one of them flicked a leech off my leg. The campfire, darkness, fear, and danger ended up in the story.”

Kandikuppa holds a B.A. in Electronics and Telecommunications Engineering from Andhra University, Visakhapatnam, an M.F.A. in Fiction Writing from Warren Wilson College, and a Ph.D. in Finance from Michigan State University. She worked as an economics consultant for many years before she began writing fiction.

Kandikuppa grew up in India and currently lives in Boston with her family and dog. Her current projects include a story collection that centers on women and a novel that imagines the future of work. An excerpt from this novel is forthcoming in Santa Monica Review and she attended the Tin House’s Summer Workshop 2022 to work on it. 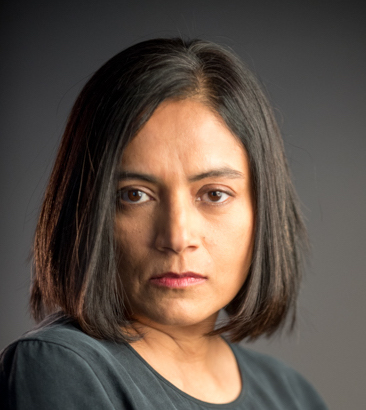