Annie McGreevy is the author of the novella Ciao, Suerte, from Nouvella Books. The novel is an intricate and emotional narrative centered around a family detonated by the Dirty War in Argentina during the early 1980s. Kermit Moyer, the author of Tumbling, said, “Annie McGreevy’s novella beautifully collapses the presumed distinction between the personal and the political, the public and the private. The story unfolds with…immediacy. What emerges is a powerful, far-reaching story of tragic historical dimensions that touches on both the mutability of identity and the stubborn intransigency of blood ties. It is history given the flesh and bone of lived experience.”

In a conversation with Claire Vaye Watkins through Literary Hub, McGreevy shared her inspiration and motivation for Ciao, Suerte. She said, “I started Ciao, Suerte when I was living in Ohio, as I still do now. I’m a real Argentinophile… At the time, my aunt was dying, and it was kind of the first time I was dealing with death as an adult, and there was a lot of drama around her death that I really associated with America. There was some rejection of Western medicine and there was some religious drama that was some distinctly American, Christian religious drama, and I just wanted to leave. I just wanted to check out of the whole situation. So I was like, I’m just gonna write this Argentinean fantasy. I just wanted to go somewhere else. There’s lots of characters in Ciao, Suerte, and we’re in the perspective of all these different people, that’s the kind of thing that people can do…”

Her writing has appeared in The Portland Review, Electric Literature, Shouts and Murmurs, and elsewhere. McGreevy holds a BA in Literature from American University and received her MFA in Creative Writing from The Ohio State University in 2010. She taught as a Senior Lecturer in English at Ohio State. She lived in Madrid from 2003 to 2007 and is proficient in Spanish.

McGreevy was born and raised at The Jersey Shore. After teaching writing at the university level for nearly fifteen years, she now works as a freelance writer and editor through Klaviyo. She currently resides in Columbus, Ohio. 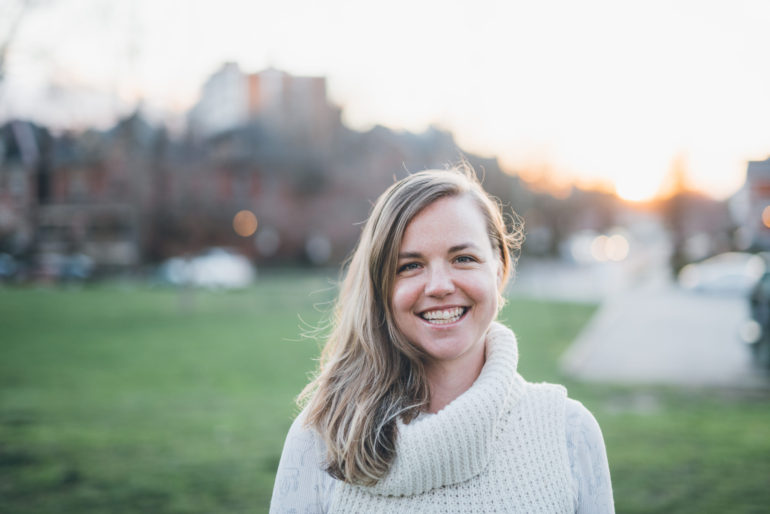