Anne Elliott is the author of The Artstars: Stories (Blue Light Books / Indiana University Press, 2019) and The Beginning of the End of the Beginning (Ploughshares Solos, 2014). Her fiction has received support from the Elizabeth George Foundation, the Story Foundation, Vermont Studio Center, Table 4 Writer’s Foundation, Tomales Bay Writer’s Workshop, The Normal School, Longleaf Writer’s Conference, and The Bridport Prize.

In praise of The Artstars: Stories, Pamela Erens, author of Eleven Hours and The Virgins, wrote, “I love these interconnected portraits—elegant, funny, fond—of artists struggling to realize a vision in the face of indifference, misunderstanding, and being very, very broke. They are heroes, deliciously human ones. The Artstars crackles with irresistible energy and smarts.”

Her short stories can be found in A Public Space, Crab Orchard Review, Witness, Hobart, Bellevue Literary Review, Fifth Wednesday Journal, Fugue, and elsewhere. Her story “Night Watch” was the winner of a Story Foundation Prize.

In 2020 Elliott appeared in an interview with Story to discuss “Night Watch”, influences on her writing, and offer advice for writers. She shared, “Here’s what I would recommend to writers. Don’t reject yourself. Don’t think, Oh, they would never like this so I better not send it. If you can afford to send it, send it. If you think it’s done, give it a shot. And if everybody says no, then it’s not done. Do the best you can on the writing piece, and then just send it on. It’s like planting seeds. Some of them are going to come up, and some aren’t.”

Elliot was featured on The Manuscript Academy Podcast in 2021, where she offered more advice for writers and those submitting stories to magazines and publishers. She said, “I had an editor cut a story in half, and she did a brilliant job. It was one of the best learning experiences of my writing life. So I highly recommend listening to an editor who is going to publish your story and doing what they suggest. When you put the story in your own collection, you can make it the way you want it. You can revert it back to the way it was before the editor made their suggestions. That’s just my philosophy on it. It’s not a matter of being obedient. It’s a matter of making a version of the story that fits both something I’m willing to live with and something that they are willing to live with because they are putting their money on the line and their reputation on the line as well. And, of course, everything is negotiable. There’s some things that I will always push back on.”

Elliott holds an M.F.A. in visual art from the University of California San Diego, and an M.F.A. in fiction writing from Warren Wilson College. She is a New York spoken word circuit veteran, with stage credits including The Whitney Museum, Lincoln Center, and PS122. She taught a writers workshop, Friction and Resistance, in collaboration with A Public Space in the spring of 2022. She has conducted informal lectures, writing workshops, and classes online, which can be found on her website.

Elliott lives in Portland, Maine with her husband and many pets. She is at work on a short story collection entitled Looking and Being. Elliott runs a blog on her website where she gives updates on her writing, teaching, and recent activities. 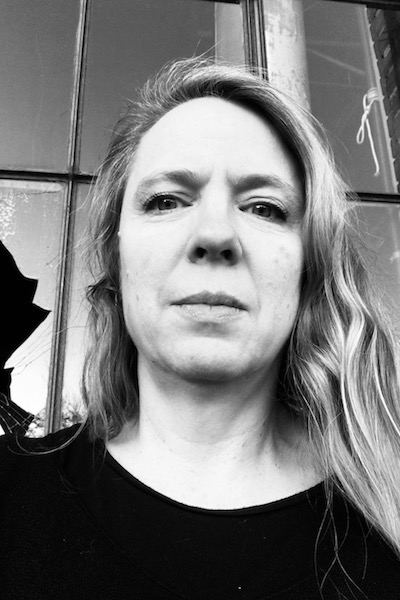