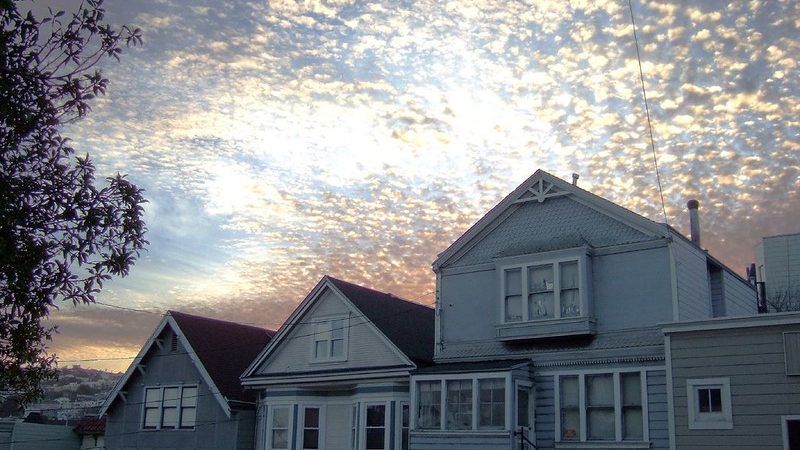 When I spin the globe of my youth, this is where my finger lands, always here, in a snowy desert. I was in Arizona. It was January and I was traveling around with a backpack that I had taken from my brother. I was sure he’d want it back someday, so I felt like a renter. I was 21. Already I had a line frozen between my eyebrows, a future frown, a present frown. Now that I am older I see this crease and think, maybe I always had it.

I was taking a long bus ride to Breckenridge, where a friend of mine was working and maybe I could get some work. Katie, she had said, you have to come here. At the bus station, near some dusty railroad tracks, it was freezing and the sky turned purple. A woman arrived, a sleeping baby on her back. For a while it was just the three of us, until a guy arrived and harassed me endlessly for change, his blonde hair matted into coils, his eyes a blue that made me think of cleaning fluid. Maybe he was a lost hippie, a military school dropout, or a kid who’d grown up singing hymns, writing notes in the back of the liturgy manual, like me. Like me, he was burning something up. At last I gave some change; he disappeared. He did not get on the bus and I was glad. At last we departed, the sky turning orange, the tires rumbling. I sat in back, where it was warm. I couldn’t keep my eyes open on the of pages my book; I fell asleep.

What was I doing out there? On a bus, leaving a small town bounded by braised dirt and a yellowing lake, near the foot of the Artillery Mountains? I’d left college in my final semester—my mother had forwarded me a letter they’d sent: The deadline to reenroll approached, it said. It was stuffed into my pack, ignored. I wanted only to listen to the quiet noise in my head with no one remotely close. I was in a fury to be anywhere other than the bricked and landscaped sprawl where I was from, anywhere where there was a mountain and a rain cloud forming. I had felt the cave of my family closing around me. Finally, I had become aware of their tolerating me. My mother, my brother, far away in suburban Delaware. It wasn’t that they wanted me to leave—but when I did leave at last, they slid away from me. I couldn’t blame them. All of us, we were unwell.

My father had died. It was the reason I’d not returned that semester. Vascular disease had thickened his veins. His lungs had failed far sooner than anyone’s should. Sometimes, sentences my father had said near the end walked through my mind. I can’t eat this. And the same sentence translated into the harsh, overcorrect French he spent half his life teaching. He was squirrely, had a wry humor laced with a bitterness that I sensed even as a child. As he became sick, the blistering rage that had always rattled through him, spread into all of us, sunk. He became helpless, demanding.  The week he died, I arrived at the hospital and he’d raised his head at me, looking then like a bird in a nest, his beak opening to ask, “Why aren’t you in class?” So I had gone to class, driving the two hours down there, stumbling in late through the half-empty hallways and listening to a lecture I can no longer remember. In those hours I was gone, he died.

By that January, that day I fell asleep on that bus, it had been a year. I was thin from eating next to nothing, hair grown to my waist in a mess of broken ends, and I had a scar on my face on the pinnacle of one cheekbone that I often touched like it itched.

When I woke there was someone sitting across the aisle from me, reading. The bus had stopped—I’d slept through it. His eyes were brown, as though I was staring into the hollow of a tree. For a moment they fixed on me. He turned back to his book. Outside we were passing orange rocks. When I looked again, he was sleeping.

He was thin, but curved, like he was strong; his hair was variegated black. His chest rose and fell. I heard the baby fuss softly, caught a glimpse of its mother rocking it. The two of them, him and the baby, I held them in my mind for a moment, with the quiet sound of tires. The thought was oddly tender. But after a few weeks of traveling, I’d had bad run-ins with strangers—my car had been stolen, which was why I was on busses—and so a wariness had crept in.

The rhythm had changed; we were on a new road.

I heard him stir, begin to turn the pages again. Then he spoke to me; I ignored him, but he said it louder.

“What are you reading?” he said.

“Henry Miller,” I answered without looking up.

The way he said it was like he had thrown a small pebble at me. A motorcycle roared by, the rider’s black helmet glinting in the sun.

“He’s in Paris. Drinking. And begging his American friends for money,” I said. “I assume you read it.”

“I read it, yeah,” he said. “When I was drinking and begging my friends for money.”

I laughed, despite myself, closed the book, losing my place. He moved like a bird, twitchy, scanning the horizon. He seemed to be awaiting an answer, his face twisted into a smile.

“All right then,” I said, opened it again.

“I’m reading Chekhov,” he said. His voice was almost nasal. But not so much that I minded. He showed me the cover, as though he was embarrassed by it. Selected Stories, a painting of a woman on a pier. He turned it toward himself, like it would tell him something.

A billboard passed, we were slipping toward the city.

“So where you going?”

“Colorado. To Breckenridge. Got a friend there.”

“Right on,” he said, nodded like he knew it. A feeling arose as though I was reading a book for the second time. Like I was in the backyard of my old friend’s house on the shore, a thousand miles away in a humid August, the two of us in a hammock, the sound of the ocean nearby. A part of him reminded me of that place.

I didn’t trust it, though. So when the bus stopped in Albuquerque, where I had to change buses, he said good luck getting to your friend, and I let him disappear into the hazy building, its floor like a sooty beach. I didn’t bother to ask where he was going.

To read the rest of this story, please purchase a copy of issue #11, which will be released in July 2021. Photo courtesy of Jared Tarbell; view more of his work on Flickr. 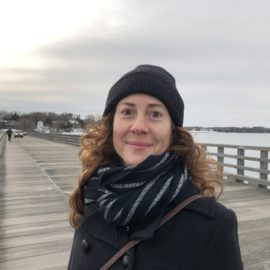 Anne Ray’s linked story collection, SCENIC OVERLOOK, is forthcoming from Awst Press in 2022. It received the Awst Press Book Prize in 2020. Her story, “Weekend Trip”, was awarded a Pushcart Prize in 2018. Her other awards include a 2016 Danahy Prize, a 2014 StoryQuarterly Fiction Prize, and a 2011 Montana Fiction Prize. Robert Long …