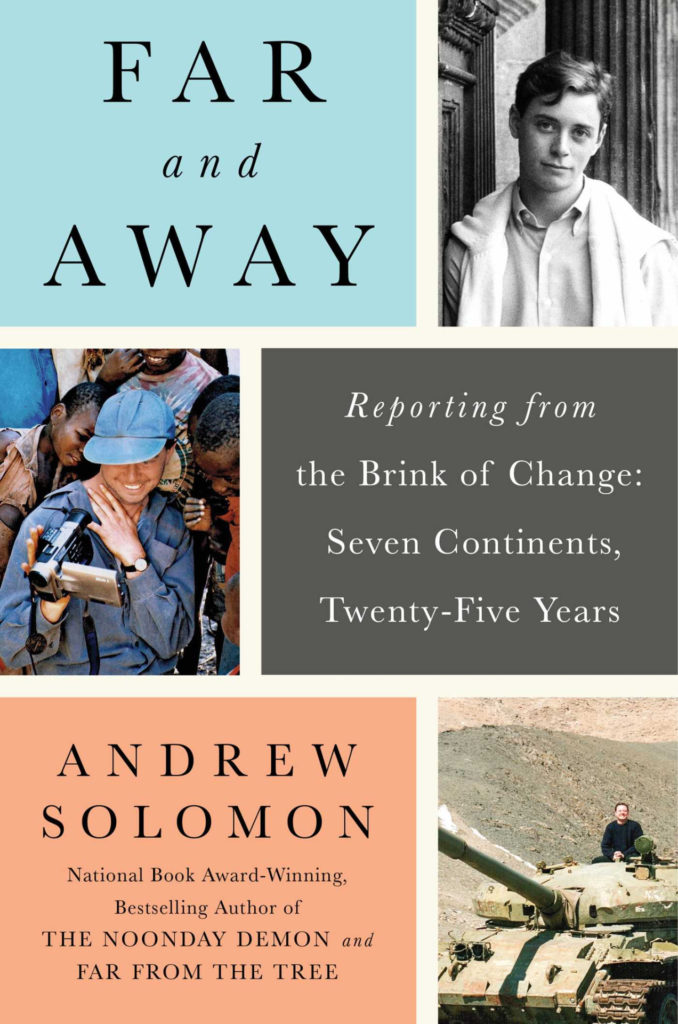 The desire to escape grounds itself in many of us, but it laid roots early in Andrew Solomon. As a Jewish child hearing stories of the Holocaust and obsessing over British fairy tales, Solomon prepared for his opportunity to get out. In his essay “Dispatches from Everywhere,” Solomon writes:

I was afraid of the world. Even if I was spared the draft and fascism failed to establish a foothold in the Nixon years, a nuclear attack was always possible. I had nightmares about the Soviets detonating a bomb in Manhattan. Although not yet acquainted with the legend of the Wandering Jew, I made constant escape plans and imagined a life going from port to port. I thought I might be kidnapped; when my parents were being particularly annoying, I imagined I had already been kidnapped, taken away from nicer people in some more benign country to be consigned to this nest of American madness. I was precociously laying the groundwork for an anxiety disorder in early adulthood.

“Dispatches from Everywhere” is one essay comprising Solomon’s new book, Far and Away: Reporting from the Brink of Change: Seven Continents, Twenty-Five Years. This essay collection shows how Solomon pursued his desire to escape and shattered his fear of the world. The writer has traveled through hundreds of countries to immerse himself in places that are either crumbling or rebuilding, places experiencing tremendous political and cultural changes. In one of the most extensive explorations of global terrain, Solomon discovers how identity is neither exclusively nature nor nurture, and why this is so important to the spirit of place.

Scribner published Far and Away on Tuesday, April 19th. Find it at your local shop, Barnes and Noble, or Amazon.