When I was seven, I built plastic models, scaled military replicas made by Revel, Taiko, and other Japanese or American or German brands with characters, English words, and other languages and alphabets sprinkled on the boxes like confetti. This confetti surrounded painted depictions of the vehicle in action. I could sit, building, for hours. Anyone who’s done this will immediately recall the feeling, the dedication to the smallest replica parts, the joy of molded plastic pieces in monotone sheets waiting for assembly. The sharp, chemical scent of Testor’s model glue in its orange metal tube, the smell a cross between cleaning products and gasoline but always paired with the aura of creative construction. It was a workroom smell; it stood for a certain seriousness in focus that accompanied the efforts of youthful model building. In the head of a seven-year-old, delicate pieces went carefully in place, glue dabbed—often with toothpicks—on small plastic pins and tabs that fit in corresponding female junctures, slowly turning the individual gray pieces into a larger pristine piece of architecture. In reality, what transpired was an awkward juggling of plastic and cement: fingertips sodden with hardening glue that might later peel skin, plastic pieces partially melted and marred by the gluey fingerprints of my awkward digits trying to slip gun turrets in place or a flying bridge on its shelf. Not to mention the difficulty of slipping on wet decals after their short soak in warm water, while trying to prevent the clear decals from folding over on themselves, leading to their inevitable ripping and destruction.

The finished models resembled their namesakes, but often with the addition of hardened, clear cement leaking from seams, the overflow of ambition, as if inside the actual vehicle a bladder of corn syrup had exploded and run lava-like from all points.

But at seven, a completed model is a victory and one of my battleships, in a contest at the local hobby shop called the Village Tinker (the Tink, as we called it) won second prize in my age group. I got a gift certificate for another model, of course.

Somehow, this modeling craze of mine was discovered at school, and my parents (with likely collusion from my teacher) let me bring in models to build and share with friends. The boxed kits I brought in were replicas of Frankenstein’s monster and the Werewolf, simpler, sillier models with fewer parts and easy instructions. Two pieces glued were a leg. Similarly, the heads. These models were different from the military replicas: simple, unimaginative, dull. The attraction was simply that they were monsters.

The idea, I later learned, was that I would share the models in class, helping my friends glue, build, and learn how to assemble these sorts of things. My parents and teachers somehow had too high an opinion of my leadership skills. Instead, I glued the models myself, letting others watch, but from a distance, working like a little Dr. Frankenstein, dominating the lab, blurting warnings, directives, and orders as my classmates looked over my shoulder and I had the fun.

My eyes were opened later, in the car, on a subsequent ride home from school, when my father let me have it. I remember his fury, his face steady, frozen, blushed red with the indignancy of an embarrassed parent’s anger. I think he would have cuffed me across the head if he could have moved quickly, wasn’t driving. I was supposed to have shared, to let others build the models. I remember being surprised even then at the chain of communication: not just that I had done everything wrong, but that my parents had a direct line to my actions in class. There was a larger council in agreement around my failure. Dr. Frankenstein was busted: selfish, thoughtless, rude.

What seven year old is good at sitting on the sidelines? I was supposed to have been the leader. The one good at model building. I watched out the car window in silence, hoping my father’s wrath was over.

I can still picture the pieces to those monster models: the clumsy parts, the dull features, the fumbling hands reaching in posed threat, the confused face of Frankenstein’s monster, the snarling visage of the Werewolf. Those fascinating, creepy characters brought to life against their own will, unprepared but forced to stagger around and figure out this new, surprising world. 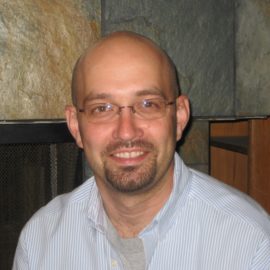