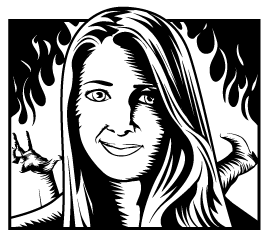 When I was a child, there was a monster under my bed. It was there when I was born, and when I was old enough to move from my mom’s bedroom to my own it moved in with me. I thought sometimes that together we took up too much room, but neither of us wanted to bother anyone about it.
– “The Monster” 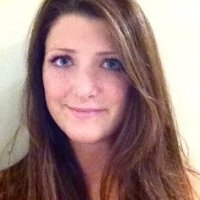 Kastalia Medrano’s personal essay, “The Monster,” is featured in Issue 2 and examines the often misunderstood experience of dealing with mental illness. I remember sitting in the Story office when I first read Medrano’s essay. It had me from the very first paragraph. I knew that someone who could write such an honest retelling at such a young age would be someone I’d want to talk to, and that, if given the chance, I would jump at the opportunity to conduct an interview with her. Lucky for me, the opportunity arose. I contacted Medrano via email and she was kind enough to answer my questions despite her busy traveling schedule these past months.

STORY: To start, I’d like to tell you how much I enjoyed “The Monster” in our second issue of Story. It stood out as one of my favorite submissions this year, in part because the writing felt so honest, almost raw. Knowing that this is a highly personal essay concerning your experience with mental illness, can you tell me what finally made you decide that you were ready to submit the piece for publication? Additionally, I was told that “The Monster” was originally part of a much longer memoir-in-progress. Can you discuss how you decided to edit it down to what it exists as now?

KASTALIA MEDRANO: That is extremely nice of you to say. Thanks. I heard Travis and Vito speak at the 2014 Yale Writers’ Conference, and found everything they were doing at Story to be very cool. They mentioned at one point that their next issue theme would be “Monsters,” and for my application to the conference I had compiled this longer, wandering sort of manuscript about mental illness, one discrete section of which was actually called “The Monster.” So I cleaned that up a bit and sent it off, and they were nice enough to accept it even though there are no dragons or anything. I’d never considered going to a writers’ conference before, and assumed that all the pieces I submitted in my application had to be topically related; since I was in a non-fiction section, this led to all the writing being about me, which led to me referring to the whole thing as a memoir-in-progress, which has led to me being pretty embarrassed by how self-important that sounds in retrospect, just now. I am working on a collection of essays, though the theme is broader and more interesting than mental illness and/or me, thank God.

STORY: The images that you evoke with your writing are so vivid, and I found myself constantly being drawn into the piece by your use of metaphor. In one instance you write, “I felt a helium balloon pressing against the top of my forehead, lifting lifting until my bare toes drifted forward up off the ground, the knuckles bumping scrapping our sidewalk for a minute and then taking away away.” This repetitive quality continues throughout the rest of the essay, almost like it’s simulating the recurrent nature of the episodes that you’ve dealt with. Was this intentional, or do you find that your writing style naturally leans towards the more abstract?

KASTALIA MEDRANO: Intentional. I wouldn’t say my writing style favors the abstract, just that it tends to mimic the subject matter, which in this particular instance was just a succession of abstract thoughts. It did feel nice to give myself a premise where I didn’t have to write within any constraints, though. Makes things easier.

STORY: Speaking of writing style, I know that you graduated with a degree in print and digital journalism from the University of Southern California. Does your experience with journalism influence your creative writing? Or are they two separate entities for you?

KASTALIA MEDRANO: I only became interested in creative writing recently, but I’ve always been particular about how I want my writing to sound, whether it was academic or editorial or what. I have a pretty uncompromising idea of whether I think something is good or not. I hope I’m not a pain in the ass to edit someday; that’s actually a fear of mine. So I don’t actually feel as though a background in journalism impressed any one writing style upon me, though the education and work itself has certainly exposed me to all sorts of stuff that I’m sure makes its way into anything I write, period.

STORY: Toward the end of your essay you said you used to save descriptions of people who had been torn apart, pulling scenes of painful allegory from other writers like Shakespeare and Dante, and it makes me think of what this essay in particular could do for other people. How does it feel to know that by letting “The Monster” go, in a sense, you’ve opened up the potential to make others feel a little less alone?

KASTALIA MEDRANO: It’s funny. I go through waves where I feel certain topics are unsuitable for public consumption, either because I’m feeling private that day or because I don’t want people to think that I’m milking it, cashing in on suffering in a way that is very hateful and self-pitying, because of course people do that sometimes. And then there are also periods where I really do believe in the genuineness of this kind of sharing; I know that there are a lot of people from whom essays on personal trauma – not necessarily mine, just essays – are a life raft, a tool to help them feel, as you say, less alone. And it’s almost become a cliché to say, but there’s such a heavy stigma associated with mental illness still that I figure when I’m sometimes in the mood to share, I should pursue that while it lasts, so long as I’m doing it purposefully and not just whining. Honesty has that nice way of letting strangers feel understood, small parts of them at least. That seems worthwhile.

STORY: You’ve mentioned that you’re currently working on a collection of short stories. Will they too touch upon more emotional topics, or do you see yourself moving in a completely different direction with your future writing?

KASTALIA MEDRANO: I’ve found that with essays that I’m working on, it’s easy to drift into topics like this one, since the only explicit perspective it’s all coming from is mine, and it’s difficult to work around or remove that part of myself. With fiction, though, I can do a lot more to bury my perspective in favor of some invented one. I don’t think any of the fiction I’m working on is necessarily less emotional, since short stories are themselves basically compressed little emotion-nuggets, but I haven’t written anything having to do with mental illness. I’m sure it’ll come up at some point, because I’ve developed an almost medical fascination with the human brain, but as fiction goes, it’s not any more interesting to me than any other topic out there. Which, now that I think about it, I’m very comfortable with. It would be a waste to act like the most interesting and compelling stories in the world are just the ones about us.

Jennifer Junggust is a recent graduate of York College of Pennsylvania, with a B.A. in Professional Writing. During her time at YCP she worked as an editorial assistant for Story and had her work published in both The York Review and YC Magazine. She is a painter in her spare time.

Kastalia Medrano was born in Littleton, Colorado, in 1990. She graduated from the University of Southern California with a degree in print and digital journalism. She was the 2012 ASME intern for National Geographic magazine and attended the Yale Writer’s Conference in June 2014. “Monster,” which appears in Story Issue 2, is her first personal essay.