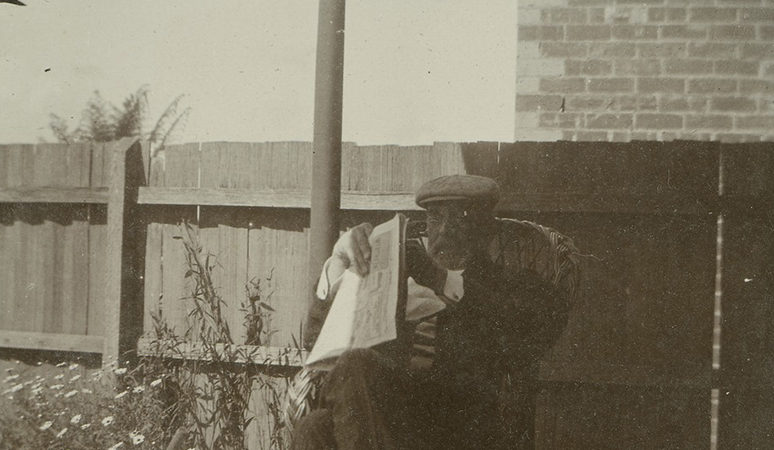 Many years later, after he’d forgotten how to write stories, García Márquez began to call his brother. What day is it? He would ask. And his brother would tell him, in a voice that was a blend of respect and simple tones, It is Tuesday or It is Friday afternoon or It is the last Monday morning in October.

It got to be that he called his brother several times a day. His brother would stretch the telephone cord until he could sit in a croaking wicker chair behind his house, where the vegetables in the garden strained their skins with ripeness. Each conversation was another question. Once, García Márquez phoned to ask what their grandmother was preparing for dinner. His brother, already seventy-five years old and the younger of the two, struggled with the question. Doña Alexandra was dead forty years. But, also, he saw her spirit in the garden. Saw it more often, now that García Márquez was slipping away. She was there now, as they talked. He watched her slide her bracelets up her crepe arms to pluck the ingredients from his own vegetable patch: green peppers, tomatoes, beans that curled from their stalks. He repeated these ingredients to his brother. Ah, said García Márquez. She is making an omelet.

García Márquez’s brother would often lie in bed with his balcony doors open, and let the night shapes swim across his ceiling and the street sounds tread the room, and follow his sadness as far as it took him. García Márquez, so quiet, but possessed of such beautiful imagination, was slipping away. And he, who loved facts and figures, who knew himself to have no imagination, could only stand by and observe. His own students at the university had often asked him more about his sibling than about cell structure. And he always admitted he knew little of his brother’s magic, of how the stories came to him, and from what source, and when they would come again.

García Márquez’s questions continued until they were so pure and so wide they might be asked by a child. How long was the day, and what creature dropped the rains, and women with long skirts: did they float? His brother gave simple, factual answers that slipped from García Márquez’s memory like water through sand. The answer to Where do dogs come from left García Márquez sounding perplexed, until his brother heard the receiver slip from a hand and clatter against the floor. Next came the voice of García Márquez’s wife. He is too tired to speak anymore.

What comfort can a brother give to a disappearing brother? His students looked on from their tiered desks: their floating faces, pale and indistinct. Doña Alexandra, sitting in his own wicker chair, offered no consolation but gave him a silvery look. Her ringed hand stroking her favorite cat.

The night shapes, blue and dusk and black, the sound of the street, sleeplessness. A bedside lamp flicked amber against midnight. García Márquez’s brother, reading a work by García Márquez. In the fiction, the comfort of emerald leaves and rare birdsong. Telegraph and carriage: the machines of another era. The bitter tastes of wine and pickles and rich, wet earth, gritty and specked with life. Alchemy. Ice. Clothes on the line. Soft and vengeful spirits that wandered among the living. A child born with a hundred years’ wisdom. An old man with black and tattered wings.

The telephone, at this unearthly hour, ringing at his bedside. It was García Márquez, he was sure, though all he could hear on the other end was uneven breath. Neither caller nor answerer spoke for a while. The house trembled, as it sometimes did, and he could hear distant hanging pots chime against each other, their dull music his instruction.

He lifted the book. He began to read aloud. The words, tumbling like moths into the night, lighting on walls and windowsills and fluttering away. The telephone, sturdy against the pouch of his cheek. The uneven breathing on the other end of the line that seemed to say, I’m listening. Continue. He did. This familiar story, made new and shapeful by his voice.

When he was finished reading, morning light pricked the edges of the city. There was another moment of breathing. He watched a domestic canary wearing a blue ribbon settle on his balcony railing, preen, and launch itself away. There was a click, and there was the long wail of the dial tone. He eased himself from his bed and shut off his lamp. He dressed for the day. He went downstairs.

He ate the omelet Doña Alexandra had prepared for him that sat waiting at his place at the table. 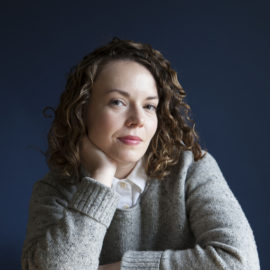