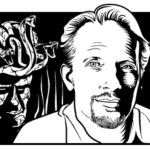 Monsters and the Moral Imagination by Stephen T. Asma

Monsters are on the rise. People can’t seem to get enough of vampires lately,  the giant monsters (Kaiju) are resurfacing, and zombies have a new leas on life. The reasons for this increased monster culture are hard to pin down. Maybe it’s social anxiety in the post-9/11 decade, or the conflict in Iraq—some think theres an uptick in such fare during wartime… Read More 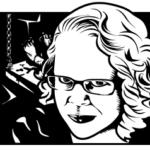 The Framework of Horror, Susan Slaviero

setting the scene/Gloom, gallows. A taste for gothic. Perhaps a butler is creeping behind a hidden wall. The bare branches are spiderwebbed, an eerie light refracted from a dust looking-glass. This is the hiss in the cellar, the mad mutter in the attic. What soft organ pulses beneath that antique carpet? Graffiti, grist. you find demonic symbols inked on the undersides of dinner plates. This is the beginning… Read More 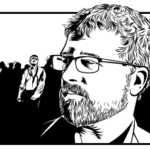 Getting there Nonetheless by Lincoln Michel

They found the first one behind an abandoned barn. He was tangled up in a mess of barbed wire and leaking opaque purple liquid from holes in his stomach. Tim tired to call Tracy, but couldn’t get reception. Byrd hit him in the face with a stick. Charlotte screamed and snapped a few photos. All the man could do was moan, moan, moan. Then his jaw got unhinged from Byrd’s stick… Read More 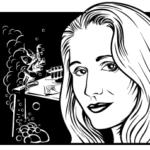 The Fin-de-Siècle Monster by Theodora Goss

London is a time-machine. As you walk through the city, you move through different eras: there is the house where Dickens lived, the hospital where Keats received his medical training, Shakespeare’s theater. You experience all the Londons that have existed, superimposed as in a palimpsest… Read More 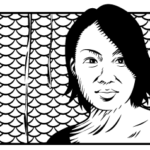 He knows his wife will never be able to tell lies again.

All night long, the weary sound of water dripping from the air conditioner, slowly eroding into coral dreams. He awoke from the sleep which had borne him like an ocean, and saw the buildings outside, packed cheek to cheek. People squeeze breathlessly through the cracks in the city, eager to find a Christmas tree in the shopping mall, though it was only August… Read More 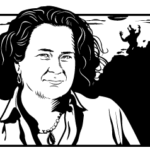 from “Dear Lon Chaney, Jr.”
Maybe I’m the only one who sees the pelt
across your bare face. I know a quiet man
like you, a man who’d quick with a laugh
and a fist, the first to break a vase across
a rivals head… Read More 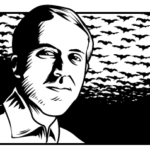 Say what you will about hipsters and the 21st century epidemic of skinny jeans, but as a teenager growing up in the 90s, I was glad to get a reprieve from the super baggy can’t-touch-this pants options of the previous decade. Though to be honest, when I started buying and wearing pants that were a little tighter, it probably had less to do with being a hipster, and had more to do with trying to be like Dracula… Read More