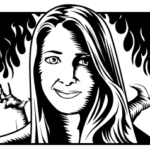 The Monster by Kastalia Medrano

When I was a child, there was a monster under my bed. It was there when I was born, and when I was old enough to move from my mom’s bedroom to my own it moved in with me. I thought sometimes that together we took up too much room, but neither of us wanted to bother anyone about it… Read More 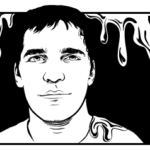 ‘People are actually scared of this movie? I’ll grant that that’s a big dog. Sure. But it’s not like he’s bulletproof. I don’t get what’s so horrific about this.”

‘The horror has more to do with like existential betrayal of the situation. The way a pet can turn on you. What can and can’t be tamed… ‘ Read More 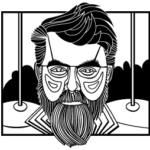 Everything Towers Over You: An Interview with Wayne White by Matthew Clay-Robison

In early 2014, Wayne White Constructed FOE, an original, site-specific installation for York College of Pennsylvania in the Marketview Arts building in downtown York. The installation ran from April 24 to May 20, 2014. The college’s gallery director, Matthew Clay-Robinson, first approached White about the project, and conducted the interview before and during FOE’s construction… Read More 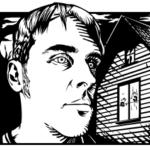 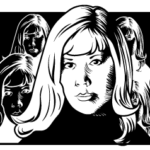 Kissing the Monster by Corinne Lee

This is my rare ceramic Tastoane mask. Instead of a nose, there is a large green lizard. There are two extra, heavily lashed eyes. The face is covered with snakes, worms, a spider, and a frog. Smallpox sores are represented as flowers… Read More 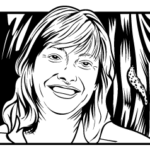 Monsters and the Ghosts of PubMed by Alice Dreger

Sarah McCord can’t quite remember when she discovered that PubMed was still calling conjoined twins “monsters.” She does, however, remember being startled.

“It bothered me,” she wrote to me, “because it seemed like there were all kinds of news stories about conjoined twins being surgically separated, and I knew that there would be more searching on the topic than there had been in the past. I wondered how seeing this term might affect a family member looking for information… ” Read More

If that Were Me, What Would I Want: An Interview with Alice Dreger by Rory Kraft

“I think humans are fascinated by differences, including extreme differences, and also have a  tendency to want to say to themselves (to quote my late great-aunt-in-law), “Thank god I’m pure.” (She said it sarcastically, typically after a load of gossip about someone else’s bad behavior, but I think she named what we’d all like to be able to say about ourselves un-sarcastically.) Read More 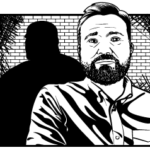 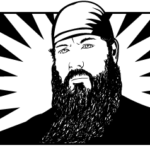 The project began as research for fiction. At least I think that’s how it started. The father of my protagonist was a carney, maybe. It wasn’t until I stumbled onto some images of Coney Island strongmen from the early 1900s that I realized he would be a strongman. Shortly after, I also realized I was becoming more interested in the actual strongmen than I was the story I was trying—and failing—to write… Read More 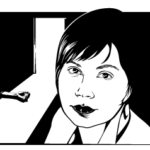 A Story You Know the Ending To by Genevieve Valentine

One morning, when Natalie Carver woke from troubled dreams, she found herself transformed in her bed into a Kafka story.

At first she thought perhaps no one would notice. She had noticed instantly upon waking that something was wrong, that the allegories were slithering just under the skin in a way that made it painful even to lift her hands to fasten back her hair, and that the sun through her window looked unbearably like the light in a prison. But her face in the mirror was just the same, and she breathed until she was calm and then went downstairs to breakfast… Read More 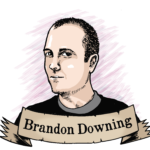 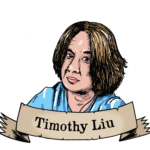 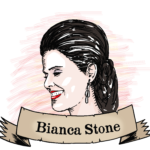 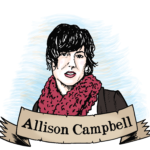 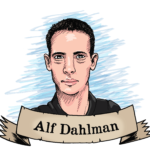 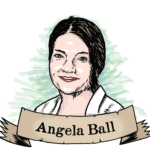 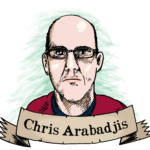 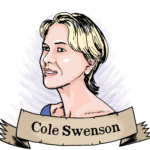