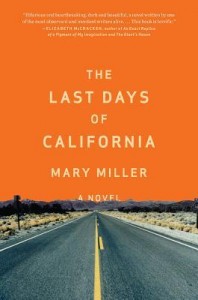 I was first introduced to Mary Miller and her work in a circuitous way. Upon joining the magazine and learning the ropes, I was asked to check out her story in issue #1 and see if I would like to do an interview with her. I was also given her debut novel Last Days of California and, shortly after, her short-story collection Big World. As I pored over the pages, I found that I intensely identified with all of her characters and their plights; I was surrounded by young female protagonists with difficult lives that I couldn’t help but gape at in awe.  Miller’s stories are known for affecting readers intensely, as she writes powerfully about the lonely lives of the everyday. From the moment I finished “Cedars of Lebanon”—the first story in Big World—I was hooked.

Over the past few months, I have had the opportunity to email back and forth with Mary and talk about both her writing style and the work that she has done.

STORY: First off, let me ask you the question I am sure you have been asked a million times: What is your writing process like? Do the characters take formation first? The idea for a plot of the story? A certain instance? A word or phrase?

MILLER: This is a difficult question to answer. The more I think about it, the less I feel able to answer it. Sometimes I’m inspired by an idea, sometimes a sentence, other times a person. But often, it’s a combination of these things. If a person inspires me, it’s generally intertwined with an idea for a story I want to tell. If I’m inspired by a plot, I’ll have a narrator in mind as well. As far as my writing process: I use a laptop; I work in the mornings; sometimes I drink a little.

STORY: Is there an author or book that inspired you to start writing? Anyone that gave you that “I want to write like that” kind of feeling?

MILLER: Rides of the Midway, Lee Durkee; Lust and Other Stories, Susan Minot; The Secret History, Donna Tartt; Bad Behavior, Mary Gaitskill; Tell Me, Kim Addonizio; Notice, Heather Lewis; Jesus’ Son, Denis Johnson. And I loved—and still love—Tin House. I recall sitting outside while my ex-husband grilled chicken or hamburgers, drinking Corona with lime, a stack of Tin House magazines piled at my feet. They were like gold to me.

STORY: What is the best advice you have been given about writer’s block?

MILLER: When the writing is going badly, there’s not much anyone can say to make you feel better. The best way to handle it is to read and socialize and try to cut yourself some slack. I think I’ve gotten pretty good at cutting myself slack. I think I may cut myself too much slack.

STORY: Your novel deals with the concepts of religion and the coming of the end of the world. What sparked your interest to write about the Rapture? Did you have a religious upbringing that inspired it?

MILLER: I was inspired by Harold Camping’s prediction of the Rapture on May 21, 2011. The Rapture fascinates me because I grew up Catholic, and we never talked about things like this. The whole idea of the Second Coming was there, but it wasn’t present in any real way. To be quite honest, I don’t know what I learned growing up Catholic. We didn’t study the Bible or learn about the saints. I remember ritual—the memorization of prayers, when to stand and when to kneel—and how to cry at confession so the priest would get nervous and I wouldn’t have to say anything.

STORY: The characters in your book are so real that, when I was reading it, I was taken aback a little. I found myself relating to Jess and this struggle to find her identity when I was that age. She struggles with her body, her jealousy of her sister, as well as her faith and what it all means in relation to her. Does this come from personal experience when you were that age?

MILLER: Oh sure. I’m a good bit like Jess now, if I’m being totally honest. I worry about my weight. I struggle with jealousy. I wonder if I should find my way back to the Church. Does anyone ever not struggle with their identity? Perhaps this is why I’m a writer. I struggle a lot with a lot of things.

STORY: I really love the dynamic you have created between the two sisters in your novel, Jess and Elise. Elise is the beautiful older sister that Jess is envious of—but at the same time, it seems that Jess can’t completely grasp the troubles that come with her sister’s beauty. Could you comment on that relationship and why you chose to have them interact like that?

MILLER: When I’ve written about sisters in the past, they were a lot alike. For this story, I wanted to write about sisters who had this one thing that separated them so thoroughly, to examine how this affected them. Jess recognizes that Elise’s life isn’t easy, that beauty only makes it more difficult in some ways: “She was so pretty she had gone and gotten herself pregnant,” Jess thinks. But she also feels denied something, wronged by her plainness. I’m glad I didn’t grow up with a beautiful, popular older sister. I was lucky to have an older brother who let me hang out with his friends and put me on the guest list at his shows.

STORY: You seem to nail down the inward struggles that most females go through. In your book Big World, each narrator has their own plight, yet they all relate somehow. Is this familiar territory that you enjoy writing about, or does it just come to the page when you sit down to write?

MILLER: This was one of the reasons I wanted to write; I couldn’t find enough writers telling stories about the kind of people I wanted to read about, so I had to write my own. I thought maybe I could figure some things out. I don’t think I’ve figured anything out, ever, but it’s not about that anymore. It’s about creating something out of life’s hardships. The stories make me feel less alone. I hope they make someone else feel less alone, too.

Ashli MacKenzie is an editorial assistant at Story and a senior English Literary Studies major at York College of Pennsylvania, with a minor in Creative Writing. Her writing has previously appeared in The York Review. 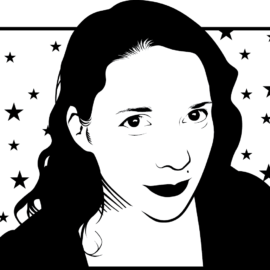 Mary Miller is the author of two collections of short stories, Big World (Short Flight/Long Drive Books, 2009), and Always Happy Hour (Liveright, 2017), and the novels The Last Days of California (Liveright, 2014) and Biloxi (Liveright, 2019). Her stories have appeared in Paris Review, the Oxford American, New Stories from the South, Norton’s Seagull …